Virginia: Report on Legislative Action for the Week of February 20

The following pro-gun bills received final passage and have been sent to the Governor for signature:

SUPPORT Senate Bill 1191: Sponsored by Senator Tommy Norment (R-3), SB 1191 would amend the felony charge for having a firearm on school property to require that the person must have knowingly possessed the firearm. Inadvertent violations should not result in a felony.

SUPPORT House Bill 1666: Sponsored by pro-gun Delegate Buddy Fowler (R-55), HB 1666 would allow former Virginia residents to petition to have their gun rights restored in the same manner as residents.

SUPPORT Senate Bill 838: Sponsored by Senator Kenneth Alexander (D-5), SB 838 would extend state resident hunting and fishing licenses to the dependents of members of the armed forces who are stationed in Virginia.

SUPPORT Senate Bill 848: Sponsored by pro-gun Senator Bill Stanley (R-20), SB 848 would establish a marksmanship award to recognize the top 20 competitors in each of the rifle and pistol Excellence-in-Competition matches conducted annually at the Virginia State Championships.

SUPPORT Senate Bill 948: Sponsored by pro-gun Senator Richard Stuart (R-28), SB 948 would prohibit the sharing of information on concealed handgun permit holders with law enforcement in states that do not have reciprocity agreements with Virginia.  This prohibits states hostile to gun ownership from going on fishing expeditions and using this information as an excuse to harass law-abiding Virginia permit holders while they are traveling out of state.

The following pro-gun bill has been sent to a Conference Committee:

SUPPORT House Bill 1329: Sponsored by pro-gun Delegate Lee Ware (R-65), HB 1329 would allow out-of-state concealed handgun permits or licenses to be recognized in Virginia if accompanied by government-issued photo identification.  HB 1329 would acknowledge the rights of everyone, regardless of what state you are from.

Wednesday, February 18, the Senate Courts of Justice Committee passed, as amended, House Bill 2286 by a 10-3 vote. Sponsored by pro-gun Delegate Michael Webert (R-18), HB 2286 makes it possible for individuals who had their rights fully restored in other states to possess firearms in Virginia.  Under current case law, people with felony convictions whose rights were restored by those states, are nonetheless prohibited from possessing firearms or ammunition here. (sent to full Senate) 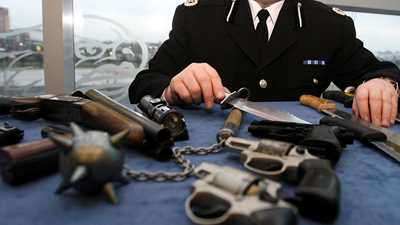