Call the Violence Policy Center (VPC) something of an exception to the rule.

Other anti-gun groups at least pretend to have abandoned their goal of banning only handguns by legislation or regulation, in favor of a campaign to turn the American people against the "gun" culture, "gun nuts," the "gun industry," having "guns" at home, the "gun" lobby, the mere mention of "guns" at school, and so on.

But VPC is led by Josh Sugarmann, formerly of the National Coalition to Ban Handguns. Josh and his itty-bitty group, made to appear more than it is by lavish funding from the anti-gun Joyce Foundation and doting attention by anti-gun newspapers, continue to openly advocate banning the private possession of handguns.

With an overwhelming majority of Americans opposed to banning handguns, and handgun bans having been declared unconstitutional by the Supreme Court in the Heller and McDonald decisions, VPC's had to scale back its efforts a tad as of late. For the moment, it tries to undermine the defensive uses of firearms, particularly laws recognizing the right to carry handguns for protection.

On cue, the New York Times, a serious newspaper some years ago, endorsed VPC's effort in an editorial misleadingly titled Concealed Carry's Body Count. The Times laughably refers to the handgun prohibition group as a "gun safety group" and praises VPC's attack on Right-to-Carry as "an alarming check on all the swagger about the woeful phenomenon of more citizens packing more guns."

"There should be no disputing [VPC's] hard facts," the Times says. We beg to differ. But even if VPC numbers were taken at face value, they demonstrate that permit-holders are, by far, more law-abiding than the rest of the public.

However, VPC's numbers are grossly flawed. More than half of the victims VPC attributed to permit-holders were suicides, or were victimized in places where a permit was not required to carry a firearm, or in places where carrying a firearm was illegal even with a permit, or were killed by means other than handguns (including five victims killed in car accidents). Some shootings VPC counted were in lawful self-defense, while numerous others are still pending in the courts. It appears that VPC double-counted some victims on its list. And VPC offers no proof that the people on its list all had valid permits at the time of the incident in which they were involved.

The bottom line for those of us who intend to protect the right to arms is that VPC's attack on Right-to-Carry hasn't taken place in a vacuum. While anti-gun activists in the public health field try to frighten people into disposing of firearms in their homes, while anti-gun politicians push legislation to deprive people of firearms and ammunition magazines best suited for self-defense, while pseudo-academics engage in historical revisionism to discredit the Supreme Court's Heller and McDonald decisions, VPC is simply playing its role in an increasingly integrated and choreographed campaign to turn America against guns, and all of us who stand in their way.

Fortunately, the desperation, sloppiness, and falsehoods of their campaign remain apparent to the American public, even if not to the New York Times. VPC, of course, never had much credibility in the first place, but those who did are doing their reputations and integrity no favors by latching on to this preposterous narrative. 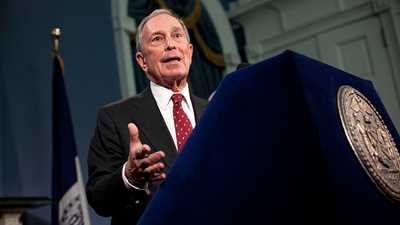