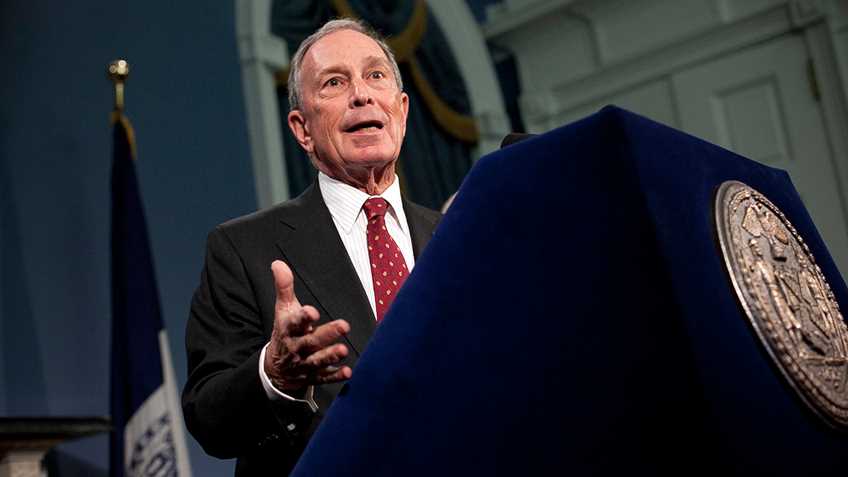 Bankrolling ceaseless endeavors to dictate what Americans can eat and how they can defend themselves, all while exhibiting a devout support for the surveillance state, ex-New York City Mayor Michael Bloomberg is widely recognized as the country's foremost paternalist. However, recent comments suggest that his efforts on this front incorporate a disturbing racial component.

On Friday Feb. 6, the Aspen Institute hosted "A Conversation with Michael R. Bloomberg," during which the notoriously outspoken billionaire shared some of his thoughts on reducing urban crime. Journalist Karl Herchenroeder described Bloomberg's comments in an article for The Aspen Times:

Bloomberg claimed that 95 percent of murders fall into a specific category: male, minority and between the ages of 15 and 25. Cities need to get guns out of this group's hands and keep them alive, he said.

"These kids think they're going to get killed anyway because all their friends are getting killed," Bloomberg said. "They just don't have any long-term focus or anything. It's a joke to have a gun. It's a joke to pull a trigger."

These comments suggest Bloomberg wants to disarm young adult minorities, stripping them of their rights under the condescending pretense that it is for their own good. Unfortunately, neither a video nor a transcript of the Bloomberg "conversation," has been made available through the Aspen Institute. Reportedly, this was a condition of Bloomberg's participation.

Whatever Bloomberg meant by his remarks, racism has long been a part of efforts to strip minorities of their right to keep and bear arms. The ex-mayor of New York's own city serves as a prime example with the 1911 passage of the Sullivan Act, which imposed a strict licensing regime for the possession and carry of handguns. In a chapter on the Sullivan Law in the book The Gun in America, authors Lee Kennett and James LaVerne Anderson describe the ethnic and racial environment in which the law was enacted. In a portion that contains striking parallels to Bloomberg's reported remarks, the authors write (in part quoting a period article from the New York Tribune):

It had long been held that pistols were found "chiefly in the pockets of ignorant and quarrelsome immigrants of lawbreaking propensities." The Italian populations seemed particularly addicted to criminality (the Tribune's annual index frequently crosslisted the entries "Crime" and "Italians"). As early as 1903 the authorities had begun to cancel pistol permits in the Italian sections of the city.

Another portion of the chapter notes:

Added to this rising concern was a disturbing and alien element. The public had always been sensitive to the dangers of armed minorities such as blacks and Indians, but this concern took on new dimensions as cities filled with unassimilated masses of immigrants from Southern and Eastern Europe…

Today, New Yorkers are still subject to a gun licensing scheme that favors rich and connected elites, and shuns poorer minority communities. The onerous NYC handgun licensing procedure costs over $400 in fees alone. The process is so burdensome that some find it necessary to hire an attorney that specializes in navigating the bureaucracy. All of this acts as a financial barrier to gun ownership; one that disproportionately effects often economically disadvantaged minority communities. Bloomberg vigorously defended this scheme while mayor.

New York aside, American history is replete with examples of gun controls that were either racially motivated or have had a disparate impact on minorities. Several states in the Reconstruction Era South erected economic barriers to black firearm ownership. In a move analogous to more modern bans on affordable handguns (often derogatorily called "Saturday Night Specials"), in 1870, Tennessee restricted handgun sales to only the most expensive model available. Some credit a reaction to the racially-charged civil unrest of the 1960s for the political will to pass the Gun Control Act of 1968. In recent years, public housing authorities have attempted to restrict their tenants from exercising their gun rights.

This important topic has been the subject of robust scholarship. Those interested in further reading should seek out items from the following list (which provides but a few examples):

Even if Bloomberg is motivated by a paternalistic sentiment, rather than a racist one, to advocate for the diminution of the rights of certain minority groups is inimical to all of the individual rights we enjoy as Americans and should be rejected by all those who cherish a free society with equality under the law.

As for Michael Bloomberg, while his comments are distasteful to those who respect the individual liberties of all persons regardless of race, they fit squarely within a long tradition of gun control fear-mongering. Even if Bloomberg is motivated by a paternalistic sentiment, rather than a racist one, to advocate for the diminution of the rights of certain minority groups is inimical to all of the individual rights we enjoy as Americans and should be rejected by all those who cherish a free society with equality under the law. 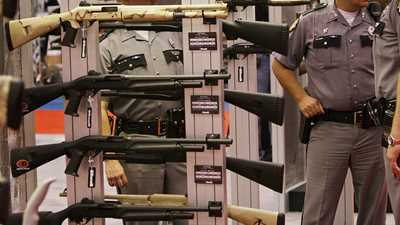