Buffaloed in New York: A Right Treated as a Privilege Makes an Easy Target for Revocation

During a press conference in November, Police Commissioner Daniel Derrenda of Buffalo, N.Y., announced that his department had “started a program where … we’re cross-referencing all the pistol permit holders with the death records … and … sending people out to collect the guns whenever possible.” He seemed haunted by the idea of handguns unattached to living licensees and spoke of them almost as if they were unsupervised, easily corruptible orphans: “At times, they lay out there, and the family is not aware of them … and they end up … just out on the street.”

The plan rightly enraged many as being overbearing. Fortunately, in the weeks since the announcement was made, we haven’t heard of any grieving survivors whose doors have been kicked down by police looking for their departed loved ones’ handguns.

Whatever the Buffalo PD may have in mind with this particular operation, it illustrates what can happen when the most basic and well-established of Second Amendment-protected rights—having a handgun in the home for self-protection—is subject to licensing and registration. While questions remain about if and how the plan will proceed, Commissioner Derrenda’s comments illustrate some of the assumptions that underlie the licensing and registration of firearms. All of them are incompatible with the idea of the Second Amendment as protecting a fundamental individual right that, as theHeller court wrote, “necessarily takes certain policy choices off the table.”

Before Heller, New York courts justified the state’s strict gun control laws by denying that the Second Amendment protected any sort of individual right. For example, a 2004 opinion by a three-judge panel of the Second Circuit that included Sonia Sotomayor—later nominated by President Obama to the U.S. Supreme Court—dismissed the appellant’s Second Amendment claim in a footnote. According to the appellant, merely being seen with a handgun could not be considered automatic evidence of criminality, and New York law to the contrary violated the Second Amendment. The court cited earlier Second Circuit precedent that stated, “The right to possess a gun is clearly not a fundamental right.” Of course, that precedent has been since been overruled by Heller and McDonald. Yet much of New York’s gun control regime has not only survived those decisions; rather, it has become even stricter in recent years.

Legal possession of a handgun in New York, even in one’s own home, requires a license. An applicant must demonstrate “good moral character” to the issuing official. Assuming that condition is met, the license can still be denied for “good cause,” whatever that might mean to the person who issues the license. New York courts have repeatedly ruled that these provisions give licensing officers discretion to expand upon the statutorily enumerated disqualifiers, even after Heller and McDonald.

Incredibly, a 2011 case from the Appellate Division of the New York Supreme Court, decided nearly a year after the U.S. Supreme Court in McDonald ruled that possession of a handgun is a fundamental right, stated, “Possession of a handgun license is a privilege, not a right. …” As such, in New York, “it is subject to the broad discretion of the Police Commissioner.” Thus, for example, while certain misdemeanor convictions are automatic disqualifiers, a person can also be denied merely for having been accused of a crime, even if the complaint was ultimately dismissed or resolved in that person’s favor. So much for being innocent until proven guilty.

The U.S. Supreme Court’s clear decision that possessing a handgun is a fundamental right the state must respect, rather than merely a reward for what a local bureaucrat considers good behavior, is being massively resisted by the state of New York. It completely defies Heller’s pronouncement that the “very enumeration of the right takes out of the hands of government … the power to decide on a case-by-case basis whether the right is really worth insisting upon.”

No wonder, then, that Commissioner Derrenda presumes that any possession of a handgun that has not first received some official blessing is a problem to be solved, not the innocent exercise of an inalienable right. Those who insist that the exercise of rights can proceed only by permission—like the advocates of universal background checks—do so on the same basic assumptions. Where such measures are the law of the land, “collection” activities like the one announced in Buffalo should come as no surprise.

Just Making Stuff Up, at Americans for Responsible Solutions 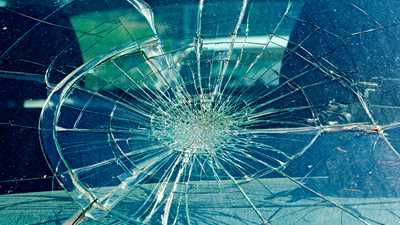