Just Making Stuff Up, at Americans for Responsible Solutions 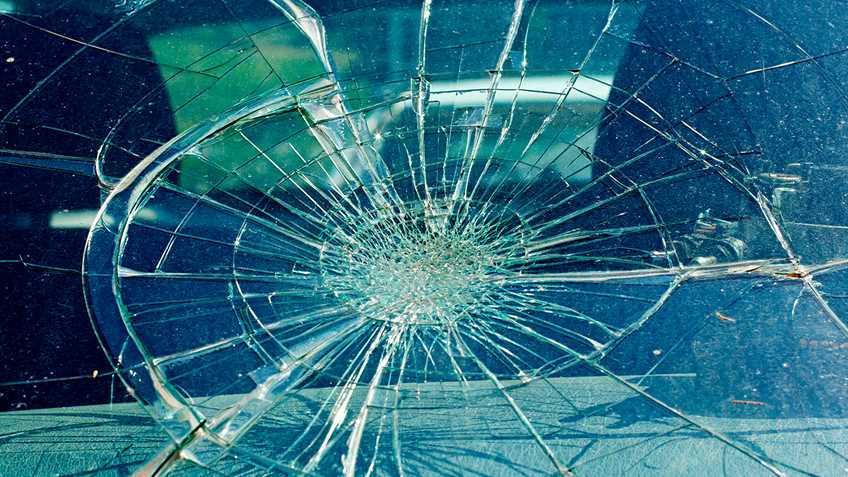 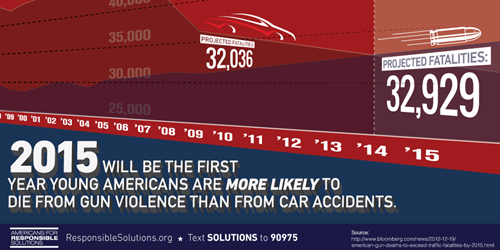 One of the group’s leaders is a former astronaut, so maybe he got those numbers during some of his extraterrestrial travels, but, as the saying goes, “not on this planet.”

According to the U.S. Department of Health and Human Services’ WISQARS data query website, in 2013, the most recent year for which data are reported, there were 3,487 motor vehicle traffic accident deaths and 124 firearm accident deaths among persons ages 0-19. That means motor vehicle accidents account for 28 times as many deaths as firearm accidents among people of that age group. 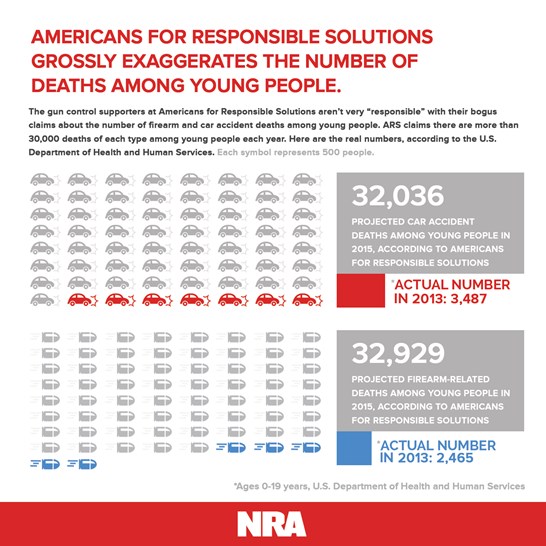 Of course, when gun control supporters compare cars to guns, they try to make guns look as bad as possible, by comparing the number of motor vehicle accident deaths to the grand total number of deaths due to a combination of firearm accidents, suicides, murders, self-defense homicides by private citizens, and homicides by law enforcement officers.

But even with their vacuous, apples-oranges comparison, the anti-gunners are out of orbit.

Again, according to WISQARS, compared to the 3,487 motor vehicle accident deaths mentioned previously, there were 2,465 deaths involving firearms.

Again, according to WISQARS, compared to the 3,487 motor vehicle accident deaths mentioned previously, there were 2,465 deaths involving firearms.

The anti-gunners would say that this misses their point, namely, that if motor vehicle accident deaths continue to decline as they have been the last few years, there will come a time when fewer people will die in motor vehicle accidents than due to all the various firearm-related categories combined.

But, as the robot in the TV series Lost in Space used to say, “It does not compute.” Trends in motor vehicle accidents among young people, which are often the result of alcohol, excessive speed and/or failure to drive defensively, have nothing to do with trends in firearm-related deaths, 95 percent of which are suicides, crime or defense against crime.

RELATED
Florida Alert! It's Comical That Some Folks Don't Even Know What They Don't Know
If You’re a Los Angeles City Contractor with Ties to the NRA, You Now Need to Disclose It