Today, in an extremely disappointing move, Governor Rick Snyder (R) vetoed NRA’s hard-fought concealed pistol licensing reform bill, Senate Bill 789.  This veto is based on fallacies and a basic misunderstanding of the law.  In justifying the veto, Governor Snyder incorrectly expressed a concern that SB 789 might place victims of domestic violence at increased risk.  Aside from the fact that anti-gun and domestic violence organizations had almost a year to express this concern and failed to do so, this concern is patently false.

Simply put, if an individual is a domestic-abuser and has been charged or convicted as such, or a judge has made a determination that the individual should not be allowed to purchase or possess a firearm, that person would be prohibited from receiving a concealed pistol license under SB 789.  No exceptions.

Under Michigan law, an individual can petition the court for a personal protection order (PPO) if they can show “reasonable cause” that the subject of the PPO might engage in conduct that “imposes upon or interferes with [their] personal liberty.”  In order to receive a PPO, it is not necessary to show that a crime has been committed, nor does it require that the subject of the PPO be notified or given an opportunity to present a defense.  In fact, there are several common instances in which PPOs are granted when there has been no threat of violence or claim of reasonable apprehension of violence.

Furthermore, if a hearing is held where the subject of the PPO is provided with notice and an opportunity to present a defense and the judge makes a determination that the PPO was validly issued, federal law will automatically preclude the subject of the order from purchasing and possessing a firearm.

The NRA is also disappointed that the anti-gun organizations that opposed the bill purposely omitted the fact that SB 789 was written to provide enhanced protections for victims of domestic violence.  Under the proposed law, an individual who petitions the court system for a PPO automatically qualifies for a temporary, emergency concealed pistol license.  The NRA advocated for this provision and supports it based on the belief that victims of these heinous acts should be able to avail themselves of all legal methods to ensure their personal safety and the safety of threatened family members.

Further evidence that Governor Snyder's veto is without merit is the fact that SB 789 proceeded through the legislative process for nearly a year without organized opposition.  The bill was posted for public consumption.  Hearings were held to allow for public testimony.  Stakeholder concerns were voiced and their opinions were addressed.  It was not until SB 789 had passed the legislature and was sitting on Governor Snyder’s desk that groups began attacking this legislation based on misinformation about its content.  If there was a clear and present issue with SB 789, opposition groups could have raised them during this period and submitted them for organized debate; affording the supporters of the bill an opportunity to publicly set the record straight.

Please also let Governor Synder know that you do not appreciate him caving to pressure from out-of-state anti-gun groups interfering with the rights of the 450,000 concealed pistol license holders in Michigan.  Contact Governor Snyder and express your disappointment today.

Let Governor Snyder know your disappointment in his veto of SB 789. 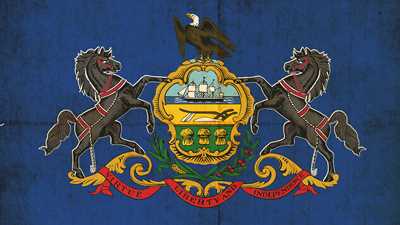