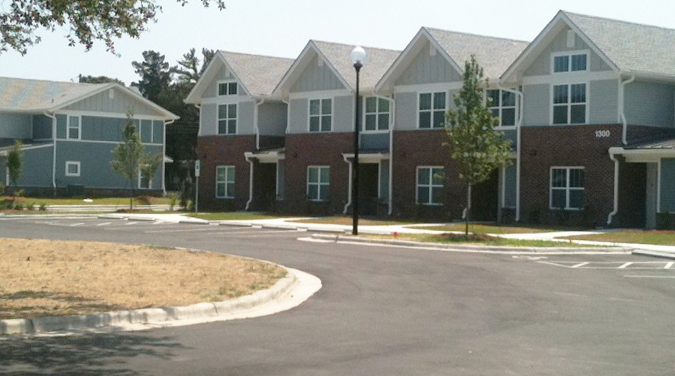 On March 18, the Delaware Supreme Court struck a blow for gun rights, and against economic discrimination, when it struck down a Wilmington Housing Authority policy that restricted the rights of public housing tenants to bear arms where they live. The court ruled in the case of Jane Doe v. Wilmington Housing Authority that under the state’s constitutional right to arms provision, policies restricting residents from carrying firearms in common areas and requiring tenants to produce paperwork attesting to their lawful ownership of firearms were not permissible.

The case originated in 2010 when two public housing residents, identified in the litigation as Jane Doe and Charles Boone,filed suit against the WHA, contending that the agency’s rules violated both the U.S. Constitution’s Second Amendment and the Delaware Constitution. The NRA provided direct assistance in the filing of the suit.

Article I, § 20 of the Delaware Constitution states, “A person has the right to keep and bear arms for the defense of self, family, home and State, and for hunting and recreational use.” Both Doe and Boone’s lease agreements had onerous rules regarding firearms in housing under WHA jurisdiction. In particular, Boone took issue with a rule stating that tenants could not, “display, use or possess… any firearms, (operable or inoperable) or dangerous instruments or deadly weapons as defined by the laws of the State of Delaware anywhere on the property of the Authority.”

The case was making its way through the U.S. District Court in Delaware when the U.S. Supreme Court ruled in McDonald v. Chicago that the Second Amendment binds not just federal actions but those of states and their localities as well. Following the Supreme Court’s ruling, the WHA revised the worst aspects of its firearm policy and allowed for possession of firearms within a tenant’s unit.

The WHA nevertheless continued its approach of not allowing firearms in common areas. The new policy stated that a resident “[s]hall not display or carry a firearm or other weapon in any common area,” and included a provision requiring that residents “[s]hall have available for inspection a copy of any permit, license, or other documentation required by state, local, or federal law for the ownership, possession, or transportation of any firearm or other weapon, including a license to carry a concealed weapon… upon request, when there is reasonable cause to believe that the law or this Policy has been violated.”

The District Court ruled in favor of the WHA, with Judge Leonard P. Stark writing in the court’s opinion that the “Common Area Provision regulates conduct that is not within the ‘core’ of what is protected by the Second Amendment.” This action prompted the tenants to appeal their case to the U.S. Court of Appeals for the Third Circuit.

In July 2013, the Third Circuit certified the caseto the Delaware Supreme Court. The Third Circuit requested the Delaware court to rule on whether, under Article I, § 20 of the Delaware Constitution, the WHA’s firearm policies regarding carry in common areas and production of documents were permissible. Under the principles of federalism, state courts are considered to be ultimate arbiters of state laws that do not implicate the U.S. Constitution or federal law.

In analyzing whether the Delaware State Constitution bars the WHA’s policies, state Justice Henry Ridgley, writing for the en banc court, provided background on the right to bear arms in the First State. His opinion noted that “Delaware is an ‘open carry’ state,” and that “[l]ike the citizens of our sister states at the founding, Delaware citizens understood that the ‘right of self-preservation’ permitted a citizen to ‘repe[l] force by force’.” Ridgley went on to explain that although Delaware did not include a provision protecting the right to keep and bear arms at the state constitutional convention of 1791, “there was an apparent consensus among the delegates on an individual’s right to bear arms for self-defense.” With regard to the adoption of the right to keep and bear arms provision in 1987, Ridgley noted that the General Assembly intended to “explicitly protect[] the traditional right to keep and bear arms.”

The Delaware court also found that “the Delaware provision is intentionally broader than the [district court’s reading of the] Second Amendment and protects the right to bear arms outside the home, including for hunting and recreation.” Thus, according to Ridgley, “Section 20 is not constrained by the federal precedent relied upon by WHA.”

The Delaware court went on to apply an intermediate scrutiny test to the WHA policy barring firearm possession in common areas, under which “[t]he governmental action cannot burden the right more than is reasonably necessary to ensure that the asserted governmental objective is met.” Ridgley’s opinion explained that “WHA must show more than a general safety concern and it has not done so.” It then found that the burden the WHA policy places on tenants is substantial: “With the Common Area Provision in force under penalty of eviction, reasonable, law-abiding adults become disarmed and unable to repel an intruder by force in any common living areas.” Moreover, the opinion states, “the restrictions of the Common Area Provision are overbroad and burden the right to keep and bear arms more than is reasonably necessary.”

In striking down the policy requiring that residents produce evidence of their lawful ownership of a firearm, the court reasoned that since this policy was enacted to enforce the common area ban, which is unconstitutional, the paperwork requirement is illegal as well.

NRA had been involved with this battle to protect the rights of Delaware’s disadvantaged through its various stages, and filed a friend of the court brief with the Delaware Supreme Court in September 2013. The ruling is an important victory for the residents of Delaware and represents a triumph over gun control policies that all-too-often disproportionately affect the poor.