A right that’s not exercised is a right that can be lost.

Changes can come just as quickly to laws that affect our Right to Keep and Bear Arms. They aren’t necessarily changes for the better. To protect the progress we’ve made over the last 30 years, we NRA members (in fact, all gun owners) have our work cut out for us in ways our parents and grandparents couldn’t imagine.

Given all we’ve done in Congress, in the state capitols, in the courts and in the regulatory agencies--largely due to our grassroots power--it’s sometimes hard to remember that entire generations lived and died without any meaningful change in the laws that affected their ability to exercise the right to arms.

Take something as fundamental as the right to carry a concealed firearm for protection. From the day the first firearm arrived on America’s shores until the early 1800s, laws generally didn’t prohibit carrying concealed firearms. Then, most of the restrictions the states imposed in the 1800s remained in effect until we began repealing them in the 1980s. Today, there are 40 states that respect the Right to Carry, most of them joining the fold in our lifetimes. 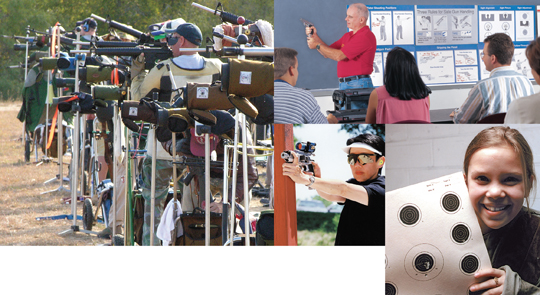 Consider laws that affect the right to acquire and possess rifles that are particularly useful for defensive purposes. Until 1968, there was no serious threat to this right. That year, however, the Gun Control Act prohibited the importation of firearms that the federal government decides are not “particularly suitable for or readily adaptable to sporting purposes.” (Emphasis added.)

Limitations on our ability to have rifles that are useful for personal protection, along with other constitutionally protected purposes noted by the U.S. Supreme Court in District of Columbia v. Heller last year, didn’t stop with the Gun Control Act.

In 1989, the Bureau of Alcohol, Tobacco and Firearms deliberately misinterpreted the law and banned the importation of a variety of semi-automatic rifles that gun control supporters called “assault weapons.” That same year, California imposed its own “assault weapons” ban, followed by similar bans in five other states and a federal ban from 1994 to 2004. These laws have typically also banned magazines designed for defensive purposes--magazines that are used not only in the banned rifles but also in common self-defense handguns. And today, anti-gunners push to add many other semi-automatic and pump-action firearms to their ever-growing ban lists.

Now, due to a confluence of two factors--the Supreme Court’s decision in the Heller case last year and the election of Barack Obama as our nation’s 44th president--the pace of change may accelerate further. 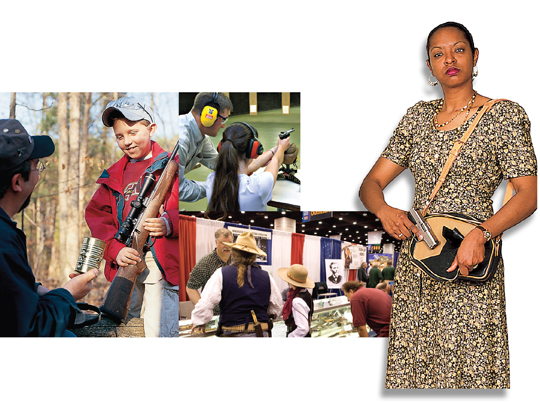 In Heller, 217 years after the Second Amendment was adopted, the Supreme Court finally stated outright what it had recognized only implicitly in previous decisions: that the amendment protects an individual right to arms, particularly for defensive purposes. While gun owners rightly celebrated the decision, Heller left many questions unanswered. As a result, many cases seeking answers to those questions, by challenging a broad range of long-standing and comparatively modern gun prohibitions and controls, have already been filed, and it’s likely that one or more of them will end up before the Supreme Court.

Results of those cases are already coming in. On June 2, the U.S. Court of Appeals for the 7th Circuit issued a ruling that rejected challenges to several Chicago-area handgun bans. Plaintiffs in these cases argued that the Second Amendment protects the Right to Keep and Bear Arms against actions by states and cities, as well as against actions by the federal government.

The ruling, which NRA expected and has appealed, accepted Chicago’s claim that in United States. v. Cruikshank (1876) the Supreme Court ruled that the Second Amendment is binding only upon Congress.

As Supreme Court Justice Antonin Scalia pointed out in Heller, however, the Cruikshank decision--in which the Court overturned the convictions of members of a racist mob who were charged with intimidating black citizens after the Civil War--also said the First Amendment does not apply to the states.

Since then, the Supreme Court has rightly changed course, and has found that most provisions of the Bill of Rights do apply against actions by state and local governments. So far, these include not just the First Amendment’s protections for freedom of religion, speech and assembly, but also the Fourth Amendment’s protection against unlawful

searches and seizures, the Fifth Amendment’s protections against double jeopardy and self-incrimination, the

Eighth Amendment’s protection against cruel and unusual punishment and more. It would be very strange, and wrong, not to add the Second Amendment to that list of fundamental rights.

In another NRA case, filed in the U.S. District Court for the District of Columbia, we are challenging the District’s new California-style ban on commonly possessed firearms denigrated as “assault weapons,” its ban on standard-capacity magazines that are useful for defense, its ban on common pistols that aren’t on California’s roster of “approved” handguns and its burdensome gun registration requirements. The District calls these laws “usual and reasonable police regulations”--a claim also contested in the suit, since D.C.’s laws are both unusual and unreasonable.

A third case, recently argued in the U.S. Court of Appeals for the 2nd Circuit, challenges New York state’s arrogant refusal to follow federal law, namely the Firearms Owners’ Protection Act’s (FOPA) pre-emption of state and local laws relating to the right of a person to transport a firearm. The case is the first to give a federal court the opportunity to consider whether FOPA fully protects the right of travelers to transport firearms, as it was intended to do, or if it just gives them an affirmative defense against prosecution for a violation of such laws--a much weaker safeguard than the complete pre-emption Congress intended.

Decisions in these and other cases, which could easily determine the extent to which Americans will be able to legally exercise our right to arms in the future, won’t take another 217 years. Some of these issues could come before the U.S. Supreme Court as early as this fall.

There are no guarantees, however, that the makeup of the Court will stay the same as it is now.

President Obama, especially if he is elected to a second term, could have the chance to replace at least one of the five justices who voted in Heller to interpret the Second Amendment as the Framers of the Bill of Rights intended. If that happens, the current pro-Second Amendment margin could disappear. The only thing that would then stop Congress and state legislatures from gutting our right to arms would be the raw power that Second Amendment supporters have so effectively wielded at the polls.

On a more positive note, millions of Americans have already contributed to our chances of winning these and other cases in the future. That’s because in Heller, the Court said that the Second Amendment protects the right to arms that are commonly owned. Since last year, the number of gun owners and the amount of guns, magazines, ammunition and accessories they own have taken a sharp upward turn. And the Court cannot help but notice that with gun ownership at an all-time high, violent crime is at a 35-year low.

The full effect of this surge remains to be seen, of course. People buying guns and ammunition with the mindset of a squirrel burying nuts it will never use, or to profit in the future if severe controls seem imminent, may be helping themselves in the short term. But in the long term they are not helping anyone, including themselves; nor are they helping the cause in which they claim to believe.

To support our chances of winning future battles in court, as well as in Congress and the state legislatures, we can’t just go shopping. We must take action to support our Right to Keep and Bear Arms. We can do this by going to the range, by taking classes or by teaching them, by shooting in matches or by running them. Every one of these activities is an opportunity to help us build a network of like-minded fellow gun owners.

We can also take action by the tried-and-true methods that have worked so well for us--signing up new NRA members, encouraging them to vote and diplomatically spreading our message every way we can. Every new gun owner should be a new NRA member--and ultimately an NRA voter. Our freedom depends on it.