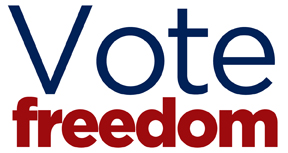 In no other nation does the average citizen enjoy as much political power as we do in America. If not for a handful of Florida voters in 2000, the last eight years would have been a dark time for those of us who cherish our Right to Keep and Bear Arms and our hunting heritage.

In 2000 and 2004, American gun owners rose to the occasion and defeated tough, seasoned opponents of the Second Amendment--Al Gore and John Kerry. And those opponents got craftier each election cycle in camouflaging their true beliefs about gun ownership.

Today, we face a different challenge. Barack Obama has such a long, openly anti-gun record that he cannot hide his true stance. All he can do is try to paper it over with platitudes. "If you`ve got a gun in your house, I`m not taking it," Obama says on the campaign trail, although he voted in Illinois to do just that. And he goes on to admit the real obstacle: "Even if I wanted to take it away, I couldn`t get it done. I don`t have the votes in Congress."

In contrast, we have John McCain and Sarah Palin. As you can read throughout these pages, Sen. McCain has a good record overall of supporting the Second Amendment, and Gov. Palin would be a stellar new voice for gun owners in Washington.

We`ve had a few disagreements with Sen. McCain in the past. We don`t hide from that, and neither does he. But that doesn`t cancel out his long career of opposing gun and ammunition bans, opposing waiting periods, supporting America`s firearm industry and supporting our hunting heritage.

And our differences with Sen. McCain don`t take away from the fact that Barack Obama, with his career of supporting every gun control scheme he`s ever encountered, would be the most anti-gun president in American history.

Our mission--and our duty to protect the Second Amendment--is to defeat Barack Obama, now.

Our mission is to ensure that Obama never has the chance to push the radical schemes he promoted in Illinois, or voted for in the U.S. Senate, or funded through the Joyce Foundation. And our mission is to ensure that the Congress, the governors and the state legislatures all stand against Obama and those who think like him. The only way we can do this is by voting for candidates endorsed by the NRA Political Victory Fund.

To carry out that mission, all gun owners--and all who believe in the United States Constitution--need to go to the polls on November 4 to defeat Barack Obama and Joe Biden, by voting the McCain-Palin ticket.