The Brady gun-ban group is at it again.  Faced with the prospect of the Clinton Gun Ban expiring, the Brady bunch is engaging in a desperate fundraising campaign aimed at portraying the NRA as "extremist."  Full page ads, recently placed in the New York Times, are not only full of fallacious drivel, emotional sensationalism, and outright falsehoods, but also state that NRA has "flat-out lost touch with the American people."  The Brady Campaign`s extensive research must have overlooked the fact that NRA has four million "American people" as members and is the nation`s oldest and largest civil rights organization.

Desperately seeking relevance, the Brady bunch has even launched an anti-NRA website which attempts to bash NRA as "blacklisters" for merely documenting the gun-ban advocacy of such "mainstream" American "luminaries" as Alec Baldwin, Michael Moore, and, lest we forget, Moon and Dweezil Zappa.

Alternatively, to demonstrate the broad base of support for NRA and its legislative agenda, we have launched an NRA "Good Guys" List website.  It`s a list of law-abiding Americans who support  freedom of speech and the Right to Keep and Bear Arms.  We encourage you to stand up and be counted by adding your name to our "Good Guys" list.  You don`t have to be an NRA member to join the list; you just have to believe in freedom.  To visit the site and add your name to the list, please go to www.NRAHQ.org/goodguys.asp.

AN ADVOCATE FOR GUN SAFETY?

At a recent meeting of police chiefs from around the country, Richard Aborn, the former president of Handgun Control, Inc. (now the Brady Campaign) opened the program and introduced the speakers.  Speaking at the end of the presentation, Mr. Aborn caused members of the assembled group to stare wide-eyed at him as he pointed—with his finger on the trigger—a semi-automatic pistol at the audience!

This "advocate for gun safety" most assuredly flaunted his ignorance of even the most basic rules of safe gun handling, ignorantly pointing the gun in an unsafe direction, failing to visually inspect the gun`s chamber and not keeping his finger off the trigger.  The outspoken gun-rights critic seemingly has little or no practical "hands on" experience in the area for which his background and political position would beg some expertise.

Back-pedaling and sounding more like a child rationalizing his being caught in a wrongful act, Aborn weakly offered, "In demonstrating them, I
inadvertently pointed it to show how criminals use them.  I instantly realized it was a mistake, and I said so.  I was very honest about that."

Perhaps Mr. Aborn should attend an NRA safety course and learn the rules of safe and proper firearm handling from the real advocates of gun safety.

As reported in the September 26 issue of the Grassroots Alert, Representatives Mark Souder (R-Ind.) and Mike Ross (D-Ark.) recently introduced H.R.3193—the House version of the District of Columbia Personal Protection Act. Demonstrating broad bipartisan support, H.R. 3193 is currently cosponsored by 32 Democrats and 94 Republicans.  A companion to Senate bill S. 1414, introduced by Senator Orrin Hatch (R-Utah) on July 15, this legislation seeks to restore the constitutionally-guaranteed Second Amendment rights of the residents of the District of Columbia.  The need for this legislation is obvious.  While effectively banning handgun ownership for over a quarter-century, Washington, D.C., consistently has one of the highest homicide rates in the nation.  "D.C.`s politicians have stripped law-abiding residents of their ability to defend themselves and their families," said NRA-ILA Executive Director Chris Cox.  "Passage of the ‘District of Columbia Personal Protection Act` will remedy this senseless and dangerous injustice."

On Tuesday, November 4, voters in four states— Kentucky, Mississippi, New Jersey, and Virginia—will go to the polls to elect lawmakers to critically-important state offices.  On Saturday, November 15, Louisiana will hold its General Election/run off.  Known in political circles as "off-year" elections, this year`s contests are anything but.  Beyond the direct implications these elections will have for the future of gun owners` rights in these five states, this year`s elections will serve as a bellweather for the crucial elections in 2004.

Politicians, the media elite, and, of course, the gun-ban lobby, will look at the results of this year`s elections and try to pick up any trends they may attempt to exploit in next year`s contests.  If gun owners don`t actively work and vote for pro-gun candidates this year, our opponents will attempt to portray the 2003 elections as proof positive that candidates who support the Second Amendment can`t win.  We have too much at stake to let this happen!

History has shown that candidates who stand up for freedom win elections.  But their successes don`t happen by accident, and they don`t happen without hard work.  For the better part of the last decade, gun owners have been the critical voting bloc that has determined the outcome of literally hundreds of races across our nation.  And, as with any election, two things will win this year`s contests for gun owners and propel us toward victory in 2004—shoe leather and votes.

Not only must you vote, but it is up to you to ensure your family, friends, and fellow firearm owners vote on Election Day—Tuesday, November 4, 2003—as well.  And don`t forget, in the remaining days leading up to Election Day, you and your fellow firearm owners must actively volunteer your time to candidates who need your help.  Whether knocking on doors, making phone calls, putting up yard signs, putting a sticker on your vehicle, or working the polls on Election Day, no campaign can succeed without the active participation of gun-owning voters.

Please refer to the "Candidate Endorsements" guide you  received in your NRA magazine this month, and be sure to share this information with your family, friends, and fellow firearm owners.  To find out how you can actively assist those candidates who support our gun rights, contact your NRA-ILA Election Volunteer Coordinator (EVC).  Your EVC is an NRA member—just like you—who spearheads our efforts to ensure that pro-gun campaigns will have sufficient volunteer support to carry them over the goal line on November 4.  To contact your EVC, go to www.NRAILA.org, or call the NRA-ILA Grassroots Division at (800) 392-VOTE (8683).

Working together, we can ensure victory for the Second Amendment this year, and ensure the momentum we will need for success in the 2004 elections.  Thank you for all your hard work and support, and on to victory on November 4!

In recent months, we have frequently reported on one of NRA-ILA`s top legislative priorities in Congress, the passage of S. 659, the "Protection of Lawful Commerce in Arms Act."  Dozens of national associations, unions, wildlife conservation groups, and shooting sports organizations— representing literally millions of dedicated members, workers, and sportsmen—have already expressed their unqualified support for this critically important legislation which seeks to protect America`s firearm manufacturers and dealers from malicious, predatory lawsuits.

It is likely that we will have a vote on this crucial legislation in the coming weeks.  It is also quite likely that the gun-banners in Congress will do all they can to add anti-gun amendments to the bill in a last ditch attempt to dilute it.  Therefore, as we await a vote on this crucial legislation, it is imperative that you continue to contact your U.S. Senators and urge them to fully support S. 659 without any anti-gun amendments!  Ask them to do everything in their power to end these meritless lawsuits and ensure that this essential legislation is approved as written.  Let your Senators know that it is imperative they cosponsor and fully support S. 659.

INDIANA
Despite overwhelming support for S. 659 (please see related story above), Indianapolis Councilman Elwood Black is pressuring the Indianapolis City Council to adopt a resolution urging Indiana`s representatives in Washington to vote against S. 659.  On October 29, the Indianapolis Council`s Public Safety Committee will meet to consider Special Resolution 487, which expresses opposition to all federal legislation aimed at curtailing reckless lawsuits against gun manufacturers.  Please contact your Councilor and urge the defeat of Special Resolution 487. You can find contact information for the Council by clicking on the "Write Your Representativess" tool at www.NRAILA.org.  Please also attend the hearing if possible.  It will be held at 5:00 p.m., in Room 260 of the City-County Building, 200 E. Washington Street, in Indianapolis.

MASSACHUSETTS
The State Legislature, facing the loss of millions of dollars from the Federal government, voted to restore money raised by fishing and hunting license fees to preserve wildlife habitats.  The bill is currently on Governor Mitt Romney`s desk and is expected to be signed soon.

MICHIGAN
On November 4, at 9:00 a.m., a pro-dove hunting rally will be held on the steps of the State Capitol and will feature NRA President Kayne Robinson and NRA Board Member Ted Nugent! Please come out and show your support for an establishment of a Michigan dove season!

NORTH CAROLINA
Three more states have been added to the list that recognize North Carolina Right-to-Carry, bringing the total to 19.  The most recent additions are Arizona, Colorado, and Wyoming.  For a full listing of State Right-to-Carry reciprocity, please visit www.NRAILA.org.

WISCONSIN
The 2003 Personal Protection Act, SB 214, is currently being considered by the Senate.  The House Judiciary Committee is expected to consider the house version of the bill, AB 444, next week.  It is critical that gun owners keep the pressure on Wisconsin lawmakers, and urge them to make Wisconsin the next Right-to-Carry state.  Please contact your state lawmakers and encourage them to vote for SB 214 and AB 444.  You can find contact information for your legislators by using the "Write Your Representatives" at www.NRAILA.org  or by calling the NRA-ILA Grassroots Division at (800) 392-8683. 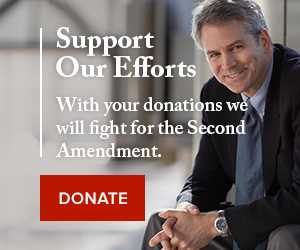