On September 25, Senate Minority Leader Tom Daschle (D-S.D.) joined 54 of his colleagues as a co-sponsor of S. 659, the "Protection of Lawful Commerce in Arms Act."  This critically important legislation seeks to protect America`s firearms manufacturers and dealers from malicious lawsuits aimed at bankrupting a law-abiding American industry. In April, the U.S. House of Representatives passed its version of the legislation by an overwhelming bipartisan margin of 285 to 140.  Senator Daschle`s decision to support this measure as a cosponsor sends yet another clear message that support for this common sense legislation transcends party lines. We hope that fellow Senators will follow the lead of the U.S. House of Representatives and vote to protect one of America`s oldest industries from these predatory lawsuits.

We hope to have a vote on this legislation in the coming weeks, and, thus, it is imperative that you continue to contact your U.S. Senators in support of S. 659 and urge them to do everything in their power to end these meritless lawsuits and ensure that this essential legislation is approved.  Let your Senators know that it is crucial they cosponsor and support S. 659.

On September 25, Representatives Mark Souder (R-Ind.) and Mike Ross (D-Ark.) introduced H.R.3193 -the House version of the District of Columbia Personal Protection Act.  Demonstrating broad bipartisan support, H.R. 3193 was cosponsored by 22 Democrats and 40 Republicans.  A companion to Senate bill S. 1414, introduced by Senator Orrin Hatch (R-Utah) on July 15, this legislation seeks to restore the constitutionally-guaranteed Second Amendment rights of the residents of the District of Columbia.  The need for this legislation is obvious.  While effectively banning handgun ownership for over a quarter-century, Washington, D.C., consistently has one of the highest homicide rates in the nation.  "D.C.`s politicians have stripped law-abiding residents of their ability to defend themselves and their families," said NRA-ILA Executive Director Chris Cox.  "Passage of the ‘District of Columbia Personal Protection Act` will remedy this senseless and dangerous injustice."

NRA`s Executive Vice President Wayne LaPierre met this week with heads of three federal land management agencies and 16 sportsmen`s groups to sign the "Sportsmen`s Access to Federal Public Lands" Memorandum of Understanding (MOU).  The agreement pledges cooperation in improving hunters` access to federally managed public lands.  LaPierre noted that, "Improving access to federally managed public land for hunting purposes is vital to the survival of this cherished pastime.  We are pleased that the federal agencies in control of public land recognize the positive contributions of hunters to wildlife management."  The MOU is the first of its kind.  In the agreement, the Forest Service, Fish & Wildlife Service, and Bureau of Land Management agree to assist in the identification and improvement of areas where hunting access on public lands is inadequate.  It is expected that the Park Service, and several additional agencies with huntable land, will likely sign on at a later date.  NRA-ILA will keep you apprised of any relevant developments in future issues of the Grassroots Alert.

The Internet is a great asset that provides us with once unimaginable amounts of information. But, of course, not all information is deemed appropriate, and many parents depend on Internet filter software to block sites they feel are inappropriate for their children. One such software program is Internet Security from Symantec Corp.

NRA members have discovered that after installing this software on their computers they can no longer visit NRA sites such as www.NRAILA.org.

A Symantec corporate official contacted by ILA staff explained that if certain broad categories are selected to filter, it will block sites such as ours. He said that end users can change the default settings so that specific desired sites are not blocked. Interestingly, however, gun prohibitionist sites such as those for the Brady Center are not blocked in the default setting. Information on anti-gun sites is left virtually unfiltered.

Symantec provides no explanation for this disparity, and, intentionally or not, the company is taking an anti-gun position in the debate over firearm ownership. Gun owners should be aware of how this software works and may wish to avoid using programs such as Internet Security that treat pro-Second Amendment sites the same as pornographic sites.

Retailing giant Wal-Mart has promised not to sell guns and ammunition at its new St. Paul, Minn., store, making that location the only one of more than 35 Wal-Marts in the state to have such a policy.

According to the Pioneer-Press, local community leaders praised Wal-Mart`s decision. "The concern was that this is an urban area and it`s not appropriate for guns to be sold, particularly hunting rifles," said Travis Snider, president of the Snelling Hamline Community Council.

In recent years NRA has weighed into battles to save water developments from being closed by federal land managers who believe that, when federal land is designated as wilderness or national monuments or park preserves, these man-made structures are not allowed.  And even if certain water developments are allowed to remain, motorized access for operation and maintenance has been blocked.  Water developments are critical to the survival in the arid western regions of this country for many species of wildlife, including popular big game animals like bighorn sheep and mule deer.  Efforts of the Park Service, the Fish & Wildlife Service, and the Bureau of Land Management to return certain lands to a pristine state have come at a great cost to wildlife that eventually perish from a lack of water sources.  Nineteen hunting and conservation organizations joined the NRA in signing a letter sent to the Secretary of Interior requesting a departmental policy supporting water developments.  The NRA strongly believes that the stewardship of federal public lands should not be separate from, and take precedence over, the wildlife that live on that land, and will pursue this issue to successful resolution.

CALIFORNIA
On September 24, Governor Gray Davis (D) signed into law SB 489 to ban the sale of semi-automatic handguns that do not incorporate state-mandated design features.  Yet SB 489 does not technically define these features and does not state a clear requirement for manufacturers.

LOUISIANA
Elections for statewide office and state legislative seats will be held on Saturday, October 4.  NRA-PVF candidate ratings and endorsements will be arriving in your mailboxes next week, so please remember to go to the polls and vote for the candidates who support our Second Amendment rights.  If you cannot make it to the polls next Saturday, you may vote absentee in-person at your Parish Registrar`s Office  12 to 6 days prior to any scheduled election. Contact your Parish Registrar`s Office, or visit the Louisiana Department of Elections and Registration`s website at www.sec.state.la.us for more information.

MISSOURI
On September 11, your efforts made Missouri the 36th Right-To-Carry state.  Now that the RTC has become law, NRA is working with the Missouri Sheriff`s Association (MSA) to ensure smooth implementation.  Those who wish to obtain a permit to carry should contact their local sheriff on or after October 13, the day the new law becomes effective.  By that date, the MSA will have developed a standardized application and developed a training curriculum that will satisfy the requirements of the law. The MSA is striving to have this course available to instructors by the law`s effective date.

NEW JERSEY
In preparation for the November 4 election, NRA-ILA is hosting a FREE Grassroots-Election Workshop in Iselin on Saturday, October 18.  At this Workshop, you will learn what you can do in your own community to ensure victory for the Second Amendment on Election Day.  NRA members who are interested in attending should contact the NRA-ILA Grassroots Division at (800) 392-8683 for details and to reserve their spots.  (NRA members can also reserve their spots on-line by going to www.NRAILA.org/workshops.asp).

NEW MEXICO
The New Mexico Department of Public Safety has posted proposed rules to implement the state`s new Right-To-Carry law on its website (www.dps.nm.org) and has scheduled a public hearing on the rules for Wednesday, October 15, at 9:00 a.m. in Room 307 of the State Capitol in Santa Fe. NRA-ILA and the New Mexico Shooting Sports Association are reviewing the proposed rules and will be drafting comments to present at the October 15 hearing. If you plan on applying for a carry license, or applying to become a Right-To-Carry instructor, please attend the October 15 hearing with your comments and concerns prepared in writing for presentation to representatives of the Department.

NEW YORK
On September 12, the Public Safety Committee of the New York City Council heard a number of proposals and resolutions calling for further restrictions on the Second Amendment rights of NYC`s law-abiding gun owners. The measures, which included requirements for long-gun owners to obtain liability insurance, limiting firearm purchases to one per 90-day period, and proposals aimed at holding gun makers liable for the acts of criminals, were heard and could be voted on at any time by committee members. Stay tuned for more details and, in the interim, contact your council member today to voice your opposition! You can find contact information for your council member by using the "Write Your Representatives" tool at www.NRAILA.org, or by calling the NRA-ILA`s Grassroots Division at (800) 392-8683. 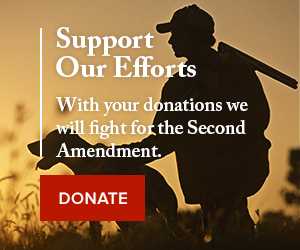