The theory behind “microstamping” is that firearms could be equipped with a firing pin or other internal firearm part that could imprint unique microscopic identification marks onto ammunition cartridge cases when the gun is fired. Each firearm and its corresponding markings would be entered into a computerized database accessible to law enforcement before leaving the factory. According to microstamping proponents, when police recover spent ammunition cases from a crime scene they could then examine the markings on the case and use that information to identify the firearm used in the incident and its owner.

This theory of microstamping does not survive real world application.

The most common form of proposed microstamping involves using a laser to etch a unique microscopic alpha-numeric code onto the tip of a firing pin. When a gun equipped with this technology is fired, the marked tip of the firing pin contacts the primer inside a cartridge casing. In theory, this action would leave legible markings on the primer that would facilitate identification of the firearm through recovered cartridge cases. In addition to alpha-numeric codes, researchers have experimented with outfitting firing pins with other forms of unique markings such as dot, gear, or radial bar codes.

In 2005, the California Policy Research Center funded a study at University of California, Davis to examine microstamping. The researchers equipped a variety of firearms with marked firing pins and tested them across a variety of ammunition.

Pointing out the inconsistency of the technology, the researchers noted, “The legibility and quality of the microstamped characters for all three encoding formats varied among the set of firearms tested.”[10] Moreover, the team determined that “Each brand of ammunition produced a different transfer rate.”[11]

The researchers found that the firing pin markings degraded over repeat use of the firearms.[12] The problem was particularly acute in testing a .22 rimfire semi-automatic pistol. Tested for 250 rounds, the researchers explained, “Over this test firing period, the alphanumeric characters showed extreme signs of degradation, so much so that no character dimensions were obtainable.”[13] Suggesting that a microstamping regime would necessitate even further gun controls, including the routine replacement of marked parts, the team acknowledged, “Due to the varying amounts of degradation seen on all of the firing pins, a determination of what constitutes a suitable lifespan of these characters needs to be developed.”[14]

At the time of the study, California was contemplating legislation to require microstamping technology in handguns. The UC Davis researchers rejected such a mandate, stating, “At the present time, therefore, because its forensic potential has yet to be fully assessed, a mandate for the implementation of this technology in all new semiautomatic handguns sold in the state of California is counter-indicated.”[15] Despite this, California Gov. Arnold Schwarzenegger signed microstamping legislation in 2007.[16]

In 2006, George G. Krivosta of the Suffolk County Crime Laboratory in New York published a study on the efficacy of microstamping in the Association of Firearm and Tool Mark Examiners (AFTE) Journal. For this test Krivosta employed one of the most widely used handguns in America, the 1911 semi-automatic pistol.

After firing 100 rounds, the spent cartridge cases were examined. On roughly half (46) of the cases one or more alpha-numeric symbol was undecipherable.[17] Moreover, the markings showed noticeable degradation after only one thousand rounds.[18]

Examining the technology for a 2008 document, the National Research Council of the National Academies determined, “substantial further research would be necessary to inform a thorough assessment of the viability of microstamping either gun parts or bullets.”[19]

Subsequent studies from Iowa State University confirm that the legibility of primer microstamp markings is inconsistent and highly dependent upon the firearm and ammunition used and the combination thereof.[20][21] In one of the studies, the researchers noted that testing made “clear that [microstamping] is not a perfect technology, even on optimized weapons.”[22]

The UC Davis team examined marking defacement/obliteration using two methods “based upon common household tools and objects readily available to the general public.”[24] The first method consisted of rubbing a firing pin on a household sharpening stone for 30 seconds.[25] The second involved striking a marked firing pin with a ball peen hammer over the course of 15 seconds.[26] The researchers explained, “both defacement/obliteration methods demonstrated that the microcharacters could easily be intentionally destroyed…”[27]

Krivosta came to a similar conclusion in his ATFE Journal study. Describing an effort at intentional firing pin defacement with a sharpening stone, the researcher noted, “The entire process was easily accomplished in approximately one minute’s time with no special equipment or knowledge needed.”[28]

The theory behind microstamping relies on law enforcement’s ability to tie a microscopic marking left on a cartridge case to an individual firearm and then to a specific individual. The reality of criminal firearm acquisition renders this technology irrelevant.

Criminals who misuse firearms do not typically acquire guns through the traditional stream of commerce, and therefore are not subject to the recordkeeping requirements microstamping needs in order to function. A Department of Justice survey of state and federal inmates who possessed a firearm at the time of their offense determined that a mere 10 percent had acquired the firearm at a retail source. Rather, the vast majority (75 percent) of inmates acquired the firearm through theft, “Off the street/underground market,” or “from a family member or friend, or as a gift.”[29] According to the DOJ, “about 1.4 million guns, or an annual average of 232,400, were stolen during burglaries and other property crimes in the six-year period from 2005 through 2010.”[30]

Since microstamping technology can be defeated in under a minute and criminals acquire guns in a manner inconsistent with the theory behind the technology, this gun control measure only serves to burden law-abiding gun owners.

Firearm industry trade group the National Shooting Sports Foundation has stated, “legislation requiring [microstamping] would raise the cost of legal firearms by well over $200 per gun for both law-abiding citizens and our law enforcement personnel.”[31]

Further, under a microstamping regime, criminals would be incentivized to acquire spent cartridge cases at shooting ranges in order to plant them at crime scenes in an attempt to throw the police off their tracks and confound prosecutors.[32] Such a scenario could have significant negative repercussions for a law-abiding shooter whose spent cases were used in such a manner.

[8] Mariel Alper & Lauren Glaze, Source and Use of Firearms Involved in Crimes: Survey of Prison Inmates, 2016, U.S. Department of Justice Bureau of Justice Statistics, 7 (2019), at 7. 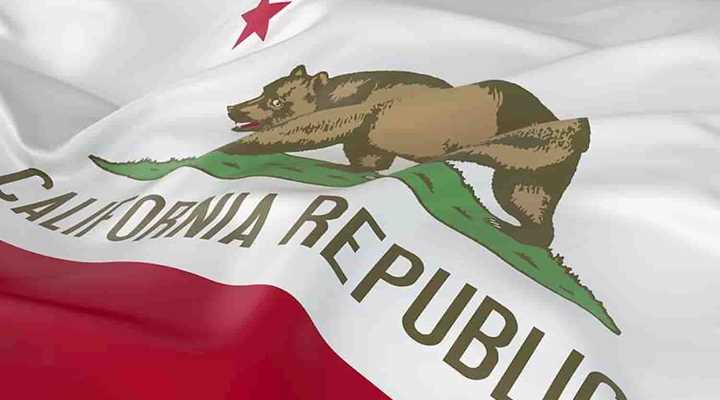 This week, the Legislature passed and the Governor signed SB 118, the budget trailer bill that includes an expansion ...

This week, several committees will be hearing bills that impact both your Second Amendment Rights and hunting heritage ... 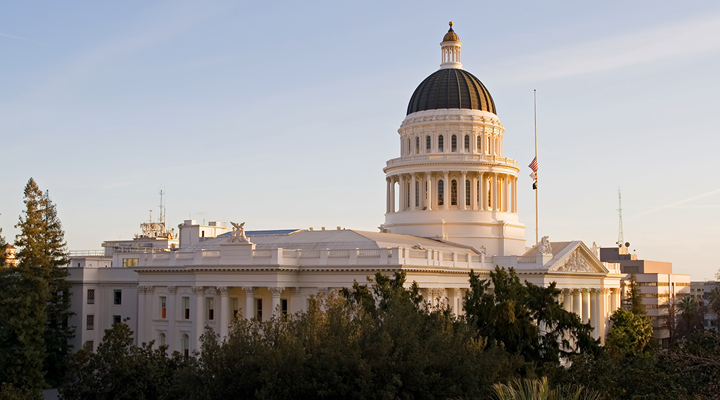 Today, July 27th, the California Legislature reconvened from the extended summer recess. As you recall, just prior to recess, the ...

Next week, both the Senate and Assembly Appropriations Committees will be meeting to consider firearm related bills.

California: They Just Can't Help Themselves, Anti-Gun Bills Scheduled for May 19th!

This week, the California Assembly returned to work after an extended recess due to the COVID-19 crisis.  The ...

In a ruling earlier this month, it upheld one of the most bizarre and nonsensical gun regulations in ... 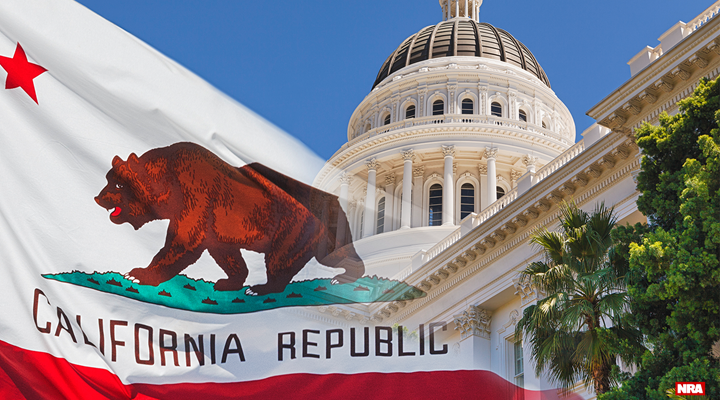 Imagine if California, to combat what the legislature considered the serious problem of manmade global warming, required all ...

A federal appeals court on Friday upheld the constitutionality of two California laws restricting the ability of people ... 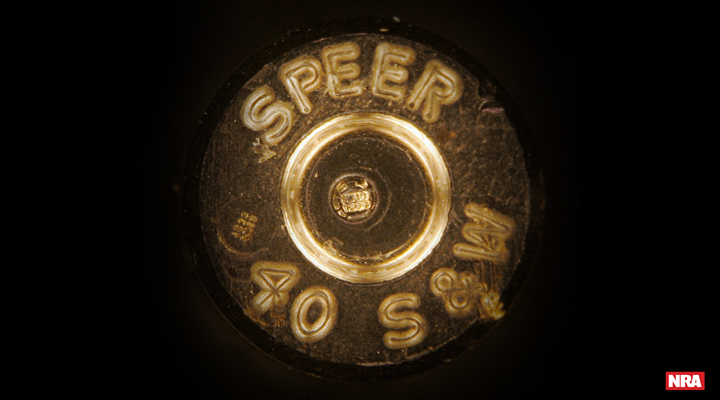 It is not surprising that gun control activists who harp endlessly about “common sense” gun restrictions and the ...

The California Supreme Court threw out a lawsuit Thursday that sought to block an unusual law requiring new ...