The 2023 session is still in its first week and anti-gun lawmakers are wasting no time scheduling bill hearings to keep attacking your rights. On Tuesday, January 17th, the Senate Law and Justice Committee, and the House Civil Rights & Judiciary Committee, will hear anti-gun bills. The Committees are scheduled at the same time, on the same day, making your ability to participate in both increasingly difficult. Please click the button below to contact committee members and ask them to OPPOSE these bills.

In addition, NRA members and Second Amendment supporters are encouraged to oppose these bills with in-person, remote, or written testimony. Click here for more information on how to participate.

Senate Law & Justice Committee at 10:30AM on January 17th

Senate Bill 5078 aims to undermine the PLCAA and subject licensed firearm manufacturers and sellers to frivolous lawsuits brought to recover damages for the criminal misuse of their products. Protecting the firearms industry, like other lawful industries, is necessary because our legal system generally does not punish anyone for the criminal actions of others. This bill simply seeks to sue the firearms industry out of existence in the state of Washington.

House Civil Rights & Judiciary Committee at 10:30AM on January 17th

House Bill 1178 repeals Washington’s preemption statute, which gives the state legislature the primary authority to regulate firearms. This bill passes that authority to localities to pass their own anti-gun ordinances. This will inevitably lead to a confusing patchwork of gun laws springing up across the state and citizens not having the same Second Amendment rights across the whole state. The result could be that an individual could be within their rights in obeying the law in the county in which they are currently present, but should they cross over the invisible county line 10 yards away, they become a felon under that county's firearms laws.

House Bill 1143 denies law-abiding citizens their Second Amendment right to acquire firearms unless they obtain a government-issued permit. The permit is only valid for five years and to obtain the permit, requires completion of official, sanctioned firearms training every five years. It also imposes an arbitrary ten-day delay on prospective gun owners taking possession of their firearms and makes this delay longer or indefinite if the state fails to complete background check during that time.

House Bill 1144 requires an individual to ask government permission to exercise a constitutionally protected right. This bill impedes an individual's right to acquire firearms unless they complete official, sanctioned training every five years. It also imposes an arbitrary ten-day delay on prospective gun owners taking possession of their firearms and makes this delay longer or indefinite if the state fails to complete background checks during that time.

House Bill 1240 is a comprehensive ban on transferring, importing, and manufacturing many semi-automatic firearms that law-abiding citizens commonly-own for self-defense, competition, and recreation. It bans enumerated firearm models on a list, semi-automatic rifles with an overall length of less than 30 inches, and any firearms with one or more proscribed features that exist on modern designs for making firearms more user-friendly, such as telescoping stocks meant to adjust the length of pull for users of different statures or wearing different clothing, muzzle brakes meant to reduce recoil, and grips conducive to the natural angles of human wrists. In addition, it also bans spare parts and “combination[s] of parts” that can be used to assemble banned firearms, but on their own are simply pieces of plastic or metal. 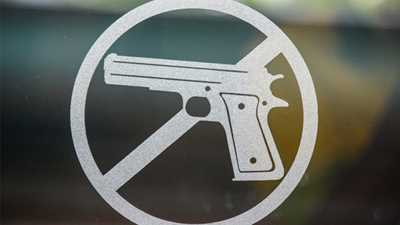