Yesterday, the Washington Supreme Court gave law-abiding Washington gun owners something to celebrate. In a unanimous opinion, the Court ruled that the City of Edmonds’ storage ordinances violated the state’s preemption law. These ordinances required firearms to be locked at all times within the home, and imposed liability on gun owners if their firearms were ever accessed by a prohibited person.

This victory comes after the Washington Court of Appeals issued a similar opinion last year. And yesterday, the state’s high court rejected the narrow reading of the preemption statute proposed by the City of Edmonds and the Everytown attorneys that were representing the city in this litigation: “The legislature plainly meant to broadly preempt local lawmaking concerning firearms except where specifically authorized.”

This ruling is a win for gun owners in Washington, and more importantly, a win against activist local governments that attempt to illegally infringe on their citizens’ rights. This decision says clearly that local governments in the Evergreen State do not have the authority to restrict Second Amendment rights.

The ruling will have an immediate impact across the state, too. Seattle passed similar ordinances that NRA-ILA is also challenging. It will be instrumental in resolving that case and will certainly cause other municipalities that were contemplating similar restrictions to think twice before infringing on the Second Amendment.

While this decision is certainly a welcome reprieve for Washington gun owners, NRA-ILA remains dedicated to protecting gun rights in Washington and throughout the country against the continuous attempts to erode the Second Amendment.

The case is captioned Bass v. City of Edmonds. The Second Amendment Foundation also participated in this lawsuit. 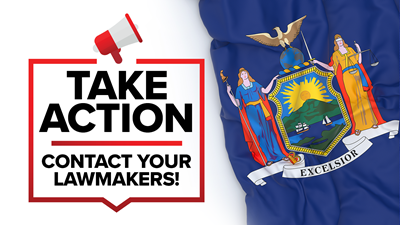