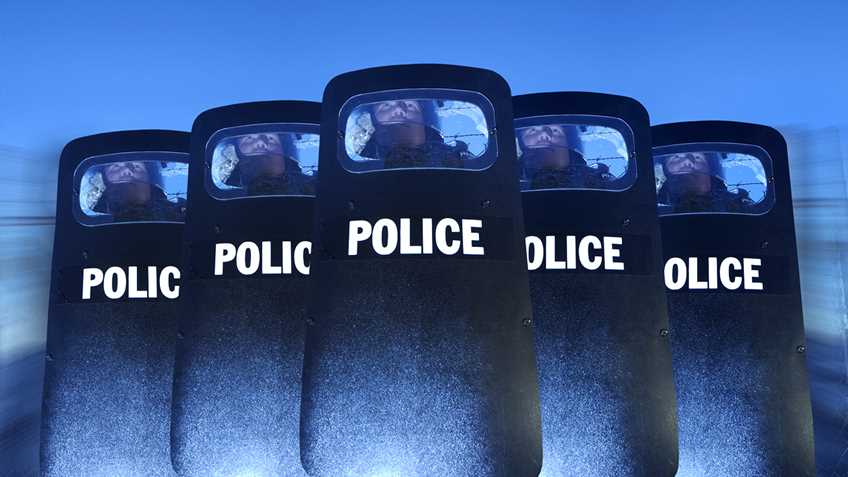 In 2020, then-presidential candidate Michael Bloomberg was asked how he could continue to demand gun control while being protected by private guards equipped with the same firearms and magazines that he wanted to ban others from owning. “Does your life matter more than mine or my family’s or these people’s?” Bloomberg’s response, in essence, was that he was not an ordinary person. He was a celebrity and billionaire who received more threats than most people: “That just happens when you are the mayor of New York City or you are very wealthy.”

At the same time, another big-city Democrat politician known for pushing gun control on the lower orders was being shielded by a small army of police officers, presumably at the taxpayers’ expense. The Chicago Sun-Times recently disclosed that a special police security detail, Unit 544, was created two years ago to protect Chicago Mayor Lori Lightfoot, her home and office, and to “oversee her personal bodyguard detail.” The special unit consists of approximately 71 officers, in addition to the mayor’s existing “separate personal bodyguard detail” of 20 officers.

While privileged politicians float above this wave of criminality, untroubled by threats to person or property, less exalted individuals are forced to rely on whatever police resources may be available or become their own version of Unit 544.

Last week in Chicago, for instance, a 70-year-old Uber driver, threatened by robbers who then carjacked his vehicle, had to wait 75 minutes before police could respond. Police assigned to serve the area had been drastically reduced to 261 officers, the “lowest monthly staffing level for the district since at least August 2017,” so no one was available to take the assignment until the next shift began. The problem isn’t restricted to that police district: overall, more than 660 CPD officers retired in 2021, almost double the number of retirees in 2018, and recruiting of new officers dropped during the pandemic. Carjacking reports, meanwhile, have set a new monthly record as of February 2022, up 390% from February 2019.

The impact on public safety is what makes Lightfoot’s private defense force of almost 100 officers all the more outrageous. In 2020, residents had already complained that patrol officers in areas close to Lightfoot’s home were redeployed to the mayor’s residence. It’s at odds with the mayor’s oft-used theme of “all hands on deck” to address public safety using a “coordinated and collective effort,” if scores of the deckhands are used for what amounts to private security work. And Lightfoot herself can’t pretend that police resources aren’t affected, because the creation of Unit 544 coincided with her proposal to cut the CPD budget by $80 million as part of addressing a pandemic–related citywide budget shortfall.

According to the Chicago Sun-Times, Lightfoot asserts her special police detail became necessary because in 2020, there was “a significant amount of protests all over the city, and some of them targeted [] my house.” (News reports from 2020 indicate that the protests included, ironically, calls to remove police from schools, for reforms to the CPD, and to defund the police.) A 2020 news report quotes Lightfoot defending, as well, the closing off of residential streets around her home to activists, because of threats to her safety. “[T]he situation can’t be compared to protests at former mayor Rahm Emanuel’s home given the pandemic… This is a different time – like no other.”

John Catanzara, president of Chicago’s Fraternal Order of Police, observes that “[w]hile murders are soaring, while districts are barebones for manpower, all that matters [to Lightfoot] is protecting her castle.”

Of course, it is completely reasonable for Lightfoot to take lawful measures to protect herself and her family, the same as anyone else, but her situation is arguably no more dire nor compelling than the crisis of crime faced by every other Chicago resident today.

The problem is that the mayor, and others like her, are the same anti-gun advocates who see no contradiction between demanding ever more pointless restrictions on the ability of constituents to legally access firearms for self-defense, and ensuring their own safety with assigned police bodyguards and armed security. Ordinary citizens don’t need guns because the police will protect them – even if crime climbs to levels not seen in decades and there’s upward of an hour’s wait on a 911 call.

These people would have you believe that this isn’t gun control elitism in action – it’s just that they aren’t like you and me. After all, if you don’t have bread you can always eat cake.