House Bill 10 reduces the fee for a concealed handgun permit to $0. This expands access to the fundamental right-to-carry to all law-abiding citizens, regardless of economic means.

House Bill 204 repeals the five business day delay for firearm transfers and restores the three day delay that was previously in place. The three day delay for state police to complete a background check was already considered appropriate for the technology level of the time when Virginia created its computerized background system decades ago. It is also what federal law considers appropriate in other states that use the federal NICS background check system.

House Bill 325 repeals the law that victimizes gun owners who suffer loss or theft of their property, with a fine if they do not report lost or stolen firearms within 48 hours of discovering them missing.

House Bill 399 goes far beyond federal regulations for certain components commonly used by hobbyists to make their own firearms. The measure also seeks to ban “plastic” firearms that are considered “undetectable.” However, undetectable firearms have been banned under federal law for 30 years. This type of legislation is the same old, tired fear-mongering that anti-gun groups and legislators predicted would be the next boogie-man when polymer guns were first introduced to the market. This bill is the ultimate example of a solution in search of a problem.

House Bill 590, sponsored by Delegate Schuyler VanValkenburg (D-72), requires anyone with firearms in the same residence as a minor under 18 years of age, to store those firearms, unloaded in locked containers, and to store ammunition in separate, locked containers. There are limited exceptions for firearms carried on the person, and firearms that are within two feet of both distance and eyesight.

This outlandish bill effectively bans home-defense firearms for anyone with a minor in the home. Many Virginians currently keep a loaded handgun, rifle, and/or shotgun locked in a quick access safe by the bed, ready to deploy immediately if needed, but still secured from access by children. Many who carry a handgun for self-defense also store them in a quick-access safe when at home. That will not be permitted under HB 590. Instead, if the person needs their firearm for home defense, they must open two sets of locks, retrieve a firearm from one container and ammunition from another, and then load the firearm. All of this will likely have to be done under stress, and possibly in the dark.

In addition, the bill will effectively end youth hunting. It imposes a one-size-fits-all restriction on parents to prevent them from making their own decisions on when their children are ready to hunt on their own.

Again, please contact members of the House Public Safety Subcommittee and ask them to SUPPORT House Bills 10, 204, and 325, and to OPPOSE House Bills 399 and 590. 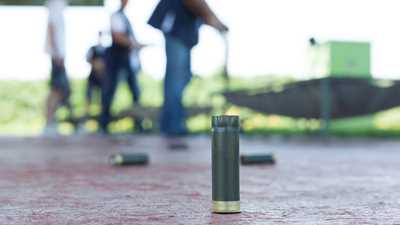