Earlier this week, the House Criminal Justice and Public Safety Committee held public hearings and executive sessions on several gun bills.  Thanks to the strong support of NRA Members and Second Amendment supporters, the majority of the Committee voted “ought to pass” on ATV Carry.  The majority of the Committee also rejected and voted “inexpedient to legislate” on several anti-gun bills. This legislation will move to the House floor for further consideration this session.

House Bill 1636: “ATV-Carry” allows the carry of a loaded firearm on an Off-Highway Recreation Vehicle (OHRV) or snowmobile.  This legislation also helps to clean up the law from when Permitless Carry was passed and a snowmobile prohibition remained.  If you can carry a gun in your vehicle, or on your person, you shouldn’t have to surrender your right to self-defense simply because you’re operating a snowmobile.

House Bill 1668: requires background checks for the commercial sale of firearms, already mandated under federal law.  This duplicative and unnecessary legislation is simply a first-attempt to enact so-called “universal background checks” for the purchase of firearms in New Hampshire. It will do nothing to improve public safety and its effectiveness would depend on requiring gun registration.

House Bill 1096 and House Bill 1151: impose bans on the open carry of firearms within 100 feet of a polling place and various public demonstrations.  These arbitrary bans are simply anti-gun virtue signaling that only affect law-abiding citizens by dictating how they must exercise a constitutional right, while doing nothing to improve public safety.

Again, thank you to NRA Members and Second Amendment supporters who contacted committee members in strong support of ATV Carry.

Stay-tuned to www.nraila.org and your email inbox for further updates on issues affecting our Second Amendment rights. 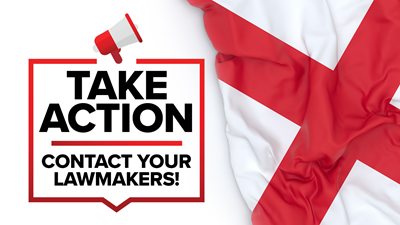