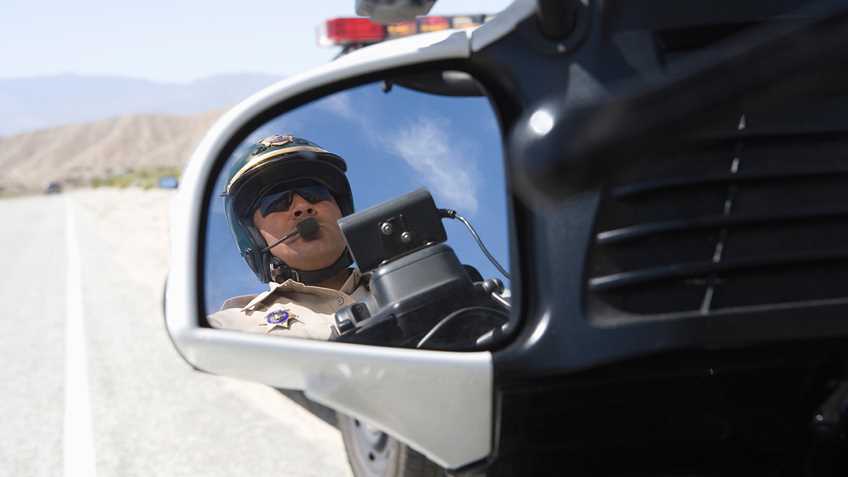 Last year, the Brennan Center for Justice requested under California’s freedom of information law, that the Los Angeles Police Department (LAPD) provide records relating to the Department’s “social media monitoring” activities. The request was based on the lack of public “information about the capabilities and limitations of the LAPD’s social media monitoring operations” and its use, including use beyond actual criminal investigations. The request letter noted that as of 2014, the LAPD had approximately 40 employees whose job it was to analyze social media, monitor individuals and groups, and collect online information about them and their activities.

What emerges from a review of the disclosed documents is a practice of police data-gathering from individuals who have not been arrested, cited or charged, to enhance law enforcement surveillance capability using social media.

In 2015, the LAPD’s Chief of Police authorized amendments to a “Field Interview” (FI) report form that would include gathering, besides specific personal information (name, birth date, address, vehicle information, and SSN), the details of the individual’s email and social media accounts. A later memo in 2020 reminds officers of the “expectation” that all information on the FI report be “recorded thoroughly and accurately” and instructs supervisors to review FIs for “completeness.”

There is no legal justification for demanding this information where FI reports are filled out by officers for anyone they have stopped. Generally, “field interviews” are consensual or voluntary interactions with police that fall short of an investigative stop or arrest and where the person is free to leave. A 2020 Los Angeles Times article quotes an LAPD assistant chief who confirms that “[t]here’s nothing that precludes an officer from completing an FI card on everyone they come in contact with.” According to the article, some officers did almost exactly that, by filling out FI reports on 90 percent of the individuals they stopped.

Information from the FI reports is allegedly incorporated into Palantir, a surveillance system used by the LAPD and other law enforcement agencies to aggregate, analyze and classify digital data. One commentator warns that the system has already expanded to include information that was not originally collected for law enforcement purposes, like utility billings, toll-pass records, foreclosures, and collection and repossession information, and is poised to add even more.

The disclosure to the Brennan Center establishes, further, that the LAPD has considered using or is using outside vendors like Media Sonar, a company that claims it can build “a full digital snapshot of an individual’s online presence including all related personas and connections.”

Californians, already living under one of the most repressive gun control regimes in the country, have reason to be concerned.

The reporting program and its data are susceptible to misuse and manipulation. Last summer, for example, three LAPD officers were prosecuted for falsifying FI reports to show that innocent individuals had confessed to being gang members, with “dozens” of people being listed in a state gang database after officers wrongly reported they were gangsters or gang associates. An additional 21 officers were under investigation over their FI reports.

Surveillance using personal social media information also opens the door for its potential use to support “red flag” gun confiscation petitions. Under California law, any law enforcement officer or law enforcement agency is eligible to petition for an order against another person. The ACLU in another state opposed a “red flag” bill for precisely this reason, as the “increased practice of law enforcement trolling of social media for ‘harmful’ or ‘threatening’ posts could vastly increase the use of a [red flag law] against innocent people who engage in overblown political rhetoric.”

The LAPD’s social media monitoring operations appear to be run without oversight or review. The Brennan Center reports that no documentation is kept regarding searches that officers make, no supervisory approval is needed, no audits have been done, and (with the exception of a prohibition on surveillance for personal, illicit, or illegal purposes), officers otherwise seem “to have complete discretion over whom to surveil, how broadly to track their online activity, and how long to monitor them.” It reports that the LAPD had targeted certain groups and protesters, and used a third-party vendor to track specific hashtags. The information collected in the FI reports, combined with other law enforcement information streams, could conceivably enable tracking of lawful gun owners and their legitimate exercise of civil rights.

This month, the LAPD issued a brief news release justifying the collection of social media and email information on FI forms in the name of keeping citizens safe.

America’s gun owners are well aware that “public safety” is the reason given for every new firearm restriction, however poorly supported by voters, the evidence, or just plain common sense. If nothing else, law enforcement’s use of technology to trawl social media and monitor citizens, on questionable grounds and with little accountability, illustrates the wisdom of opposing the licensing and registration of firearm owners and firearms. Not only do these schemes burden Second Amendment rights, they provide government officials with access to sensitive information about private gun owners, with the resulting potential for unwarranted law enforcement monitoring and surveillance, harassment, and confiscation of property.