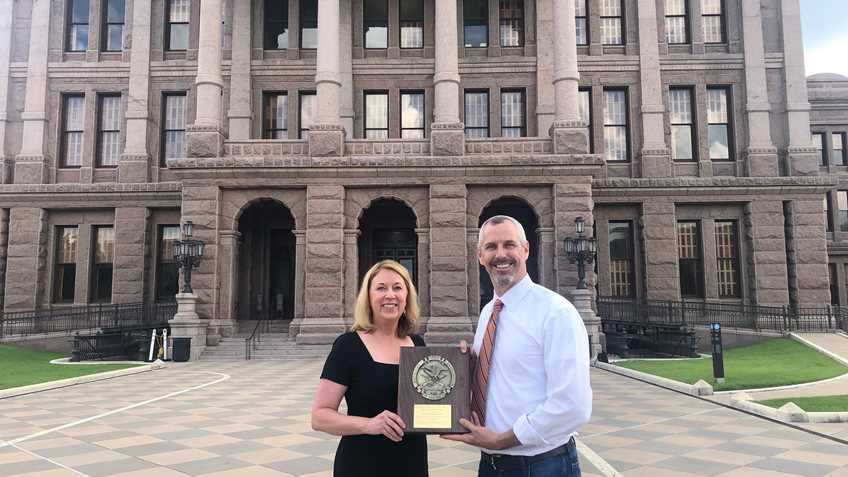 Way back in December, NRA-ILA counted down the 12 Days of Christmas for you in the form of a dozen ANTI-gun lumps of coal that opponents of your rights had introduced in advance of the 87th Regular Session of the Texas Legislature.  We are happy to report to you that thanks to your constant contact with lawmakers during the legislative session, to the prioritization of key bills by House Speaker Dade Phelan (R-Beaumont) and Lt. Governor Dan Patrick (R-Houston), to the support of pro-Second Amendment legislators, and to Governor Greg Abbott for his final approval, a dozen PRO-gun laws will take effect TODAY - Wednesday, September 1.  This year we have seen unprecedented movement to restore our rights in Texas and demonstrate that the Lone Star State is the leader in the fight to protect and preserve our firearm freedoms.  Your NRA-ILA is proud to have played a major role with you in these legislative successes:

House Bill 1927, by Rep. Matt Schaefer (R-Tyler) & Sen. Charles Schwertner (R-Georgetown), allows law-abiding adults 21 or older to carry a handgun concealed or unconcealed for personal protection without paying a tax or obtaining a license from the state.  Texas' existing License To Carry remains intact, so residents and non-residents may continue to obtain LTCs for purposes of reciprocity and NICS-exemptions ​when purchasing a firearm.  Restricted locations that currently apply to LTC holders would apply to unlicensed handgun carriers.  Criminals who are prohibited from possessing firearms would still be barred from carrying guns.  This legislation would not prevent the enforcement of any laws broken by criminals who misuse firearms.  For more details and FAQs on the provisions of HB 1927, please click here or here.

House Bill 1500, by Rep. Cole Hefner (R-Mount Pleasant) & Sen. Brandon Creighton (R-Conroe), establishes that firearm and ammunition manufacturers, distributors, wholesalers, suppliers and retailers are essential businesses that shall not be prohibited by state or local officials from operating during a declared disaster or emergency.  This bill ensures that law-abiding Texans can exercise their constitutional right to purchase and own firearms during future disasters or emergencies, regardless of any statewide or local officeholder's personal politics.

Senate Bill 19, by Sen. Charles Schwertner (R-Georgetown) & Rep. Giovanni Capriglione (R-Southlake), discourages banks, payment processors, insurers, and other financial services providers from discriminating against members of the firearm and ammunition industries.  The legislation prohibits businesses that engage in this practice from contracting with governmental entities in the Lone Star State.  Taxpayer dollars should not be used to benefit the bottom-line of corporations that are actively working to erode the Second Amendment rights of law-abiding Texans.

Senate Bill 20, by Sen. Donna Campbell (R-New Braunfels) & Rep. Cole Hefner (R-Mount Pleasant), protects the ability of hotel guests to store lawfully-possessed firearms and ammunition in their rooms, and to transport them directly en route between their vehicles and their rooms.  Hotels frequently fail to include information on their websites, or in reservation notices, to inform guests about restrictive firearms policies, forcing gun owners upon arrival to consider leaving their firearms in their cars or trucks and make them susceptible to theft.​

Senate Bill 550, by Sen. Drew Springer (R-Muenster), & House Bill 2112, by Rep. Will Metcalf (R-Conroe), eliminate the requirement that a holster for an openly-carried handgun by a License To Carry holder, be a belt or shoulder holster.  This change will allow LTCs who carry openly to choose the type of holster that best suits their personal situation and self-defense needs.

House Bill 918, by Rep. Ben Leman (R-Iola) & Sen. Bryan Hughes (R-Mineola), lowers the age eligibility requirement for a License To Carry to 18 for, and extends this self-defense option to, a person who has obtained an active family violence protective order or magistrate’s order of emergency protection.

House Bill 1387, by Rep. Cody Harris (R-Palestine) & Sen. Brian Birdwell (R-Granbury), provides that foster parents may store loaded firearms in their homes for protection, if the guns are stored in a locked location only accessible to them.

House Bill 1407, by Rep. Matt Schaefer (R-Tyler) & Sen. Brian Hughes (R-Mineola), allows a LTC holder to have a handgun in his or her vehicle that is visible and in a holster but not on the person – an important clarification, and an extension of legal, safe and practical carry options in one’s car or truck.

House Bill 2675, by Rep. Ryan Guillen (D-Rio Grande City) & Sen. Brian Birdwell (R-Granbury), provides for expedited processing of License To Carry applications for persons who qualify for an at-risk designation on their license, including those who have obtained protective orders for family violence or magistrate's orders for emergency protection.

House Bill 2757, by Rep. John Cyrier (R-Lockhart) & Sen. Paul Bettencourt (R-Houston), expands the number of raffles which qualified non-profit associations, including the NRA Foundation, can hold within a calendar year, from two to four.

You can view the enrolled versions of each measure by clicking on the individual bill number.  Please take a moment to send an email thanking state leaders and bill sponsors for their hard work this session by clicking on their names above.