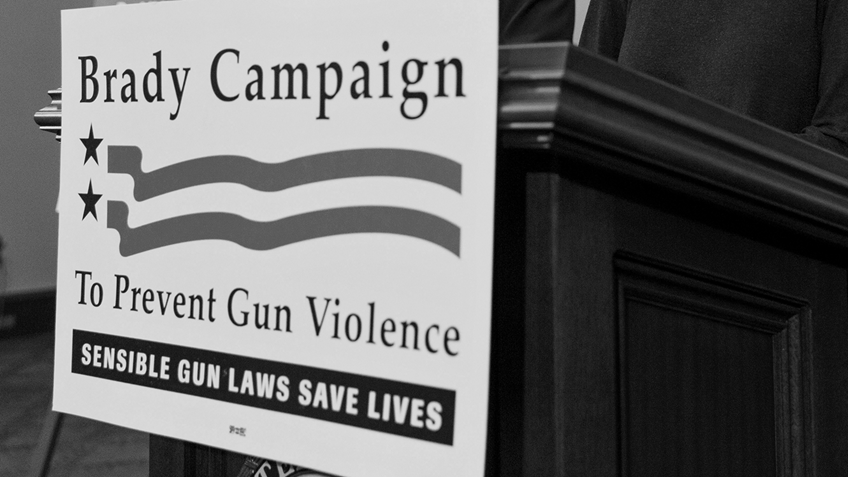 Anyone tempted to think the gun control lobby couldn’t sink any further into disreputable tactics should sit down before reading any further.

Last week, Brady – one of the older, gun prohibition advocacy groups in the U.S. – teamed up with the government of Mexico to launch an assault against the American firearms manufacturing and distribution industry.

The move came in the form of a lawsuit that seeks to hold lawful and federally licensed companies in these industries responsible for the crimes of violent Mexican gangs and drug cartels, to the tune of $10 billion, according to media reports.

Not only that, the suit argues that the U.S. federal court in which it was filed should ignore both United States law and the Second Amendment and instead rule against the defendants under the laws of Mexico.

This breathtakingly audacious move shows not just the desperation of the gun control lobby to advance their anti-freedom agenda by any means necessary, it underscores their contempt for the uniquely American freedoms that set our country apart from the rest of the world. That Brady would ally itself with a foreign government that has become virtually synonymous with corruption proves just how detached the gun control movement has become from the values and traditions that define America.

We have no desire to insult the decent people of Mexico, who like the decent people of any number of U.S. cities lead peaceful and productive lives of integrity, notwithstanding the official malfeasance and incompetence that infests the governments under which they live. We sympathize greatly with them.

Indeed, it has become commonplace for U.S. cities that allow crime to flourish and criminals to operate with virtual impunity to imperiously demand that the freedom of law-abiding Americans be infringed to compensate for their own failures.

This is why the mayors of municipalities like Baltimore and Chicago – where even murder reliably goes unpunished – insist that the federal government must curtail the Second Amendment rights of citizens in places with virtually no violent crime.  A 2018 Washington Post report – published before the more recent spike in violence in many U.S. cities – states: “Some cities, such as Baltimore and Chicago, solve so few homicides that vast areas stretching for miles experience hundreds of homicides with virtually no arrests.”

Mexico, likewise, is hardly a model of law and order. The U.S. Justice Department publishes an annual Mexico Human Rights Report, the most recent edition of which, published in 2019, paints a similarly bleak picture:

Significant human rights issues included reports of the involvement by police, military, and other government officials and illegal armed groups in unlawful or arbitrary killings, forced disappearance, and torture; harsh and life-threatening prison conditions in some prisons; impunity for violence against human rights defenders and journalists; violence targeting persons with disabilities and lesbian, gay, bisexual, transgender, and intersex persons.

Impunity for human rights abuses remained a problem, with extremely low rates of prosecution for all crimes. The government’s federal statistics agency (INEGI) estimated 94 percent of crimes were either unreported or not investigated.

Still, this regime is good enough for Brady to team up with to undermine the constitutional rights of U.S. citizens and to attack the businesses that make a robust Second Amendment possible.

Brady gets the benefit of a yet another population of unfortunate crime victims they can exploit for their own social and political agenda. And the government of Mexico gets the benefit of shifting blame for allowing a culture of violence and lawlessness to persist within its borders, with even the possibility of a payday, should they find a court with more antipathy against firearms than against endemic official vice.

Predictably, the New York Times hastened to carry water for the effort, publishing a lengthy article detailing the Mexican government’s claims. Even that piece, however, quotes legal scholars who characterize the claims as a legal longshot and acknowledges that the current Mexican administration has done little to effectively quell violence in the country.

The article uses the oft-cited claim that the “Justice Department found that 70 percent of the firearms submitted for tracing in Mexico between 2014 and 2018 originated in the United States.”

Of course, what the Times fails to mention is that ONLY firearms with U.S. import or manufacturing markings can be successfully traced by U.S. officials in the first place. The fact that ANY of the guns submitted for tracing weren’t found to have originated in the U.S. only shows that Mexican police don’t understand how the U.S. tracing system works. It certainly doesn’t prove that the U.S. is the only or even the primary source of crime guns in Mexico.

Furthermore, the Times also neglects to mention that many firearms of U.S. origin that end up in the hands of Mexican criminals were originally delivered to police or military forces in Mexico or in Latin America and then corruptly diverted into illegal markets and uses.

Finally, the New York Times completely ignores the fact that the Bureau of Alcohol, Tobacco, Firearms and Explosives was during the Obama administration actively promoting the sale of U.S. firearms to suspected cartel operatives, supposedly to track the movement of the guns to criminal enterprises. Yet agents lost track of many guns before they could be recovered, resulting in their subsequent use in violent crime, including in an incident that cost the life of U.S. Border Patrol Agent Brian Terry.

Ironically, Mexico already has the sorts of strict gun control laws that Brady and other firearm prohibition groups would like to see enacted in the U.S. Yet the group ludicrously claims this merely strengthens their allegations that fault for firearm-related violence in Mexico must originate outside the country (as opposed, for example, to the wholesale inability or unwillingness of Mexican officials to enforce those laws against violent criminals).

Needless to say, Americans enjoy a variety of robust rights that are shunned by foreign governments that exert a heavier hand against their own populations. It would be a crime, for example, for Bibles or other religious publications originating in America to be possessed in certain countries. Yet no reasonable person would suggest those countries could validly demand that American courts use their authority to sanction publishers for making this material readily available in America. Likewise, the effort here by Mexico and its American collaborators is simply an attempt to impose Mexican public policy in America, contrary to the rights and traditions of the American people.

Meanwhile, Mexico itself is a major exporter of social ills via its robust market in drugs, human trafficking, and other serious types of organized crimes, activities often abetted by Mexican government officials. That makes the combined Mexico/Brady gambit even more perverse.

The bottom line is that while Brady’s effort with the Mexican government provides an excuse for agenda-driven officials and media outlets to pontificate and deflect, it will provide no relief to those suffering from crime and violence in America’s neighbor to the south. It is therefore not only frivolous, but deeply cynical as well.