Yesterday, the Mississippi Legislature dropped the final gavel for the 2021 Legislative session, adjourning for the year.  This year saw multiple pro-gun and pro-hunting measures introduced to protect our Second Amendment rights and hunting heritage.  Unfortunately, both Senate Bill 2107 and House Bill 1231 were unable to make it out of conference committee just before the finish line.

Senate Bill 2107 Sought to enhance Mississippi’s preemption law by adding state agencies to the list of entities that are prohibited from restricting the Second Amendment rights of Mississippi citizens.  Preemption laws serve to prevent localities, and with this bill, state agencies, from enacting prohibitions that conflict with state law.  Further, SB 2107 would have curbed localities' authority to restrict the possession, transfer, sale, transportation, storage, display, carry, or use of firearms during declared civil emergencies.

As enrolled by the House, House Bill 1231 sought to create the Mississippi Outdoor Stewardship Trust Fund.  This Fund, if enacted, would have helped further NRA’s efforts toward improving firearm marksmanship and teaching firearm safety through the construction and/or enhancement of shooting ranges, and improving wildlife conservation on both public and private lands.

NRA is disappointed that an agreement could not be reached on these two measures and we look forward to making a stronger push during the 2022 Legislative Session. Thank you to NRA Members and Second Amendment supporters who continued to contact their lawmakers in support of these pro-gun and pro-hunting measures.  Also, thank you to those legislators who supported SB 2107 and HB 1231.​ 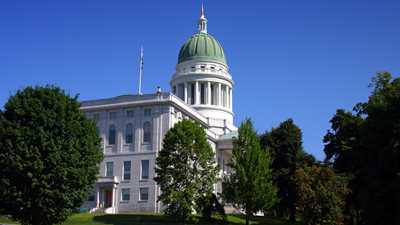