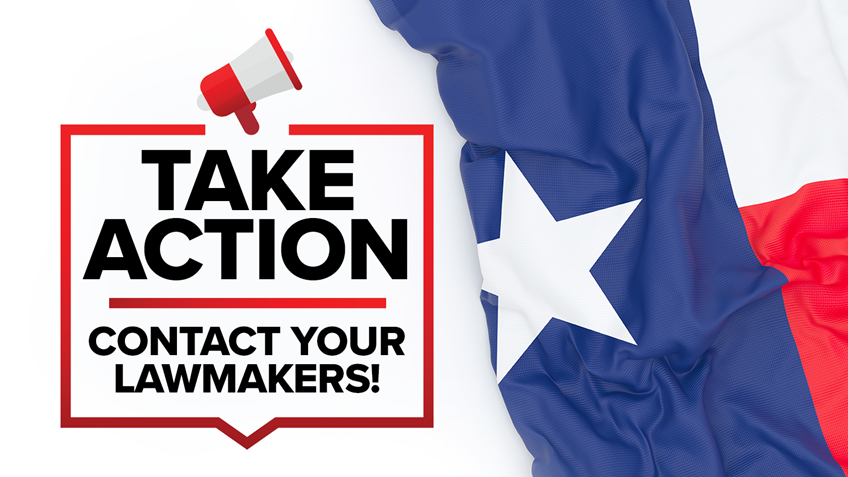 These NRA-backed proposals would allow law-abiding citizens to carry a handgun without a state-issued License To Carry (LTC).  The existing LTC law would not be repealed.  Criminals who are prohibited from possessing firearms (i.e., felons, fugitives from justice, individuals committed by the courts for mental illness, domestic abusers) would still be barred from carrying guns.  It would not prevent the enforcement of any laws broken by criminals who misuse firearms.

Please also contact your State Senators and urge them to co-sponsor SB 540.

Texas currently allows lawfully-possessed long guns to be carried openly without a state-issued license, and handguns concealed in a motor vehicle, boat or recreational vehicle without a LTC.  Law-abiding citizens can also carry handguns without a license on their own premises or on premises under their control.

→ Not Unprecedented: 18 Other States Have Similar Laws 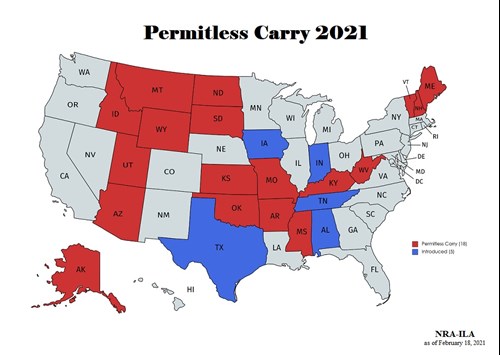 The state of Arizona is the most populated state with the longest track record on permitless carry.  From 2010-2015, the years immediately preceding and following their 2011 law, the murder rate in the state dropped 29.7% and the robbery rate fell 14.2%.  [Note: Experts caution that a direct, causal relationship does not exist between the state’s gun laws and crime rates.]