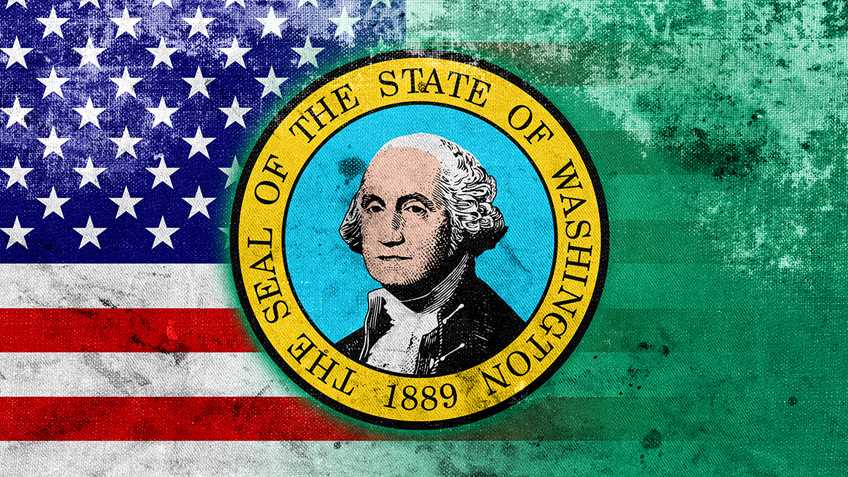 Earlier this year, in a ruling of first impression in Washington State, the Kitsap County District Court decided that the state’s compulsory “firearm surrender” laws violated the Fourth and Fifth Amendments and the analogous provisions in the state constitution. “In our constitutional system of government, individuals have rights that the government and its agents (including courts) must respect. Among those rights are the right to be free from compelled self-incrimination under the Fifth Amendment, the right to be free from unreasonable searches and seizures under the Fourth Amendment, and their counterparts under Washington’s constitution.”

To appreciate the ruling, it is necessary to understand the underlying statutory framework. Washington State courts issuing certain protection orders in a civil or criminal case have the authority, or are required, to also order that the restrained person retrieve and “immediately surrender” to law enforcement all firearms and dangerous weapons that the person possesses or has control over, as well as any concealed pistol license (CPL). As soon as the order is issued, the restrained person becomes prohibited from possessing, acquiring or accessing firearms and weapons, and is ineligible for a CPL.

Within five days of the order, a restrained person must file with the court a written proof of surrender in a prescribed form, under oath (or alternatively, a declaration that he or she has no guns, weapons or CPL to surrender). The state law directs, further, that the court must “verify timely and complete compliance with orders to surrender weapons” by holding a compliance hearing as soon as possible. At this hearing (or any other hearing where compliance with the order to surrender weapons is addressed), the law demands that the restrained person attend and provide testimony under oath verifying their compliance.

If there is cause to believe that a restrained person is not in compliance, a court may issue a surrender search warrant to search any “locations where the firearms and dangerous weapons are reasonably believed to be” and confiscate this property.

It is a crime to fail to comply with a surrender order, and the offender may also face sanctions for contempt of court. A separate state law makes it a felony for the person to possess a firearm during any period of time that the person was subject to that court order. Noncompliance by an out-of-custody pretrial defendant would also be a violation of release conditions, resulting in revocation of those conditions and confinement until trial.

The challenge to this law arose out of misdemeanor charges for fourth degree assault, the lowest level of assault, brought against Zachary James Marshall. Marshall has no previous criminal history and there is no indication in the ruling that Marshall had used or threatened to use a firearm or other dangerous weapon during the alleged assault.

Before any trial on the merits, the court at Marshall’s arraignment issued two orders. The first order was a domestic violence no-contact order because the charge involved a woman who qualified as an “intimate partner,” and prohibited any contact between Marshall and the woman. State law mandates that a court issuing such no-contact orders also impose a second order, a firearm surrender order under RCW 9.41.800.

There was no evidence that Marshall even possessed or had access to firearms or dangerous weapons. He did not file a compliance statement because his counsel invoked the Fifth Amendment on his behalf and brought proceedings challenging the orders and compliance mechanisms. The court in Marshall’s compliance hearing stayed the testimonial portion of the hearing but issued an order finding Marshall non-compliant with the surrender order.

In a thoughtful and exhaustive opinion (the decision runs to over 150 pages, with over 500 footnotes), an en banc court unanimously held that the surrender law violated the Fifth Amendment and the analogous state constitutional provision. Three of the four judges also found that the law violated the Fourth Amendment and the state analog (the remaining judge declined to do so on the basis that the challenge focused on self-incrimination issues).

First and foremost, the state law placed restrained persons in an impossible situation. Marshall became prohibited from owning, possessing or having in his control any firearm, dangerous weapon, or CPL as soon as the court issued the no-contact order and surrender order. At the same time, on pain of criminal sanctions, Marshall was compelled to retrieve and “immediately surrender” to law enforcement the same personal property he was prohibited from accessing or possessing. There is no grace period or immunity of any kind written into the law.

Compelling Marshall to surrender firearms and dangerous weapons to law enforcement after he became prohibited violated his rights against self-incrimination because his compliance would inevitably provide the state “with all the evidence necessary to prosecute Marshall for felonious unlawful possession of a firearm.”

The state law violated constitutional protections in other ways. The mandatory proof of compliance statement, in the prescribed format and under oath, was also a form of compelled testimony. This provision gave Marshall the choice of submitting to the requirements and thereby incriminating himself, refusing to testify (with ensuing liability for contempt of court and criminal proceedings), or providing incomplete or inaccurate testimony (exposing him to perjury and other charges).

Marshall faced the same ranges of choices in the compulsory compliance hearing. State law directed that Marshall appear before the court to give sworn testimony regarding his compliance. “This surrender compliance provision seeks to compel testimony to accomplish what the Fifth Amendment prohibits by forcing testimony from Marshall’s own lips during his criminal prosecution.”

Several times throughout the decision, the judges drew unflattering comparisons between the state law and the proceedings of the infamous Star Chamber, a now abolished but secretive English court that was not bound by due process or the common law. Compelling Marshall “to testify under penalty of perjury and outlin[ing] the exact testimony Marshall must recite… is precisely what would occur under the Star Chamber inquisitorial method.” The Star Chamber, too, would “compel him to answer questions designed to uncover uncharged offenses without evidence from any other source that Marshall did in fact possess” guns, dangerous weapons, or a CPL.

The majority of the court likewise concluded that the statutory scheme violated the Fourth Amendment and the equivalent state constitutional provision. Out-of-custody defendants like Marshall, awaiting trial on criminal charges, were entitled to the presumption of innocence and lost none of their constitutional rights. Compelling Marshall to search his own home for his personal property, and to seize and surrender this property to law enforcement in the absence of individualized suspicion of wrongdoing, was a suspicionless and warrantless seizure that was prohibited both by the federal constitution and Article I, §7 of the state constitution.

All of the judges on the panel had “significant experience” in the policy and legal issues surrounding domestic violence, and recognized that the public concern to ensure the safety of domestic violence victims made it “very tempting” to extend “judicial approval” to the firearm surrender and compliance law. Courts, however, had a duty to safeguard the constitutional rights of all citizens “against any stealthy encroachments,” and this duty compelled the conclusion that the state law was unconstitutional and void. The portion of the surrender order requiring surrender of Marshall’s personal property was vacated, as was the order made at the subsequent hearing that found Marshall to be noncompliant.

The ruling has significant limitations, apart from being a decision of a lower-tier state court with limited effect on other courts in the state. Marshall did not challenge the ability to impose prohibitions on firearm and weapon possession in a pending criminal case, and the decision does not affect this aspect of the law or orders. The ruling is further confined to the context of pre-trial criminal proceedings, as the court declined to consider post-conviction proceedings and civil protection order cases.

What is important is that, although the case concerns firearms and weapons, it is not a “gun rights” case and the phrase “Second Amendment” is conspicuously absent from the court’s lengthy analysis. The decision confirms what the NRA has maintained all along about the dangers of this law in particular (here and here, for example) and similar firearm confiscation schemes across the nation. Individuals have rights that the government and its agents must respect. Relegating the Second Amendment to a lesser or “second class right” (to use Justice Clarence Thomas’ oft-quoted phrase) will inevitably breed contempt for all constitutional rights. Barring law-abiding citizens from exercising the fundamental right to bear arms is not constitutionally different than compelling incriminating testimony, or the illegal confiscation of personal property, or some similar negation of fundamental rights.