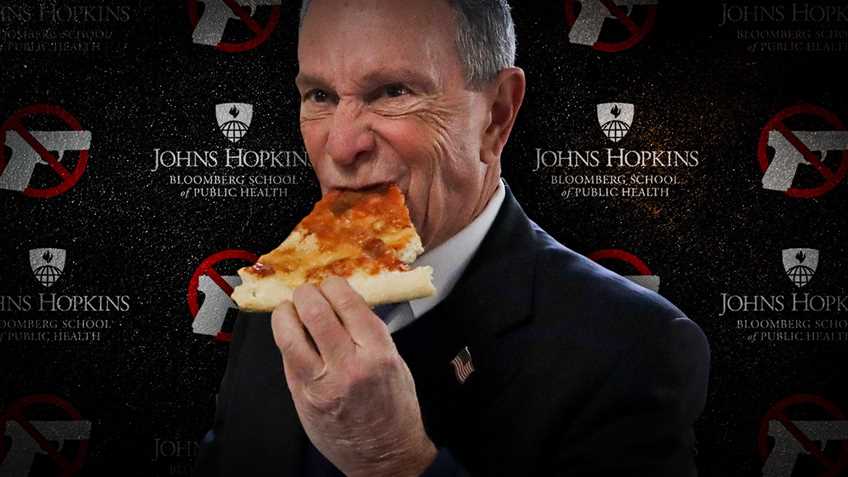 The gun-ban proponents at Everytown, New York Billionaire Michael Bloomberg’s personal anti-gun advocacy apparatus, have finally begun talking about guns in their political ads. In August and September, we pointed out that Everytown seemed rather focused in its political messaging on things like health care, pharmaceuticals, and school funding. An odd collection of topics for an organization that claims as its primary sales pitch that it “(has) a plan to end gun violence.”

As we pointed out previously, it seemed like Bloomberg’s group concluded that gun control isn’t actually popular in crucial swing states and districts. Of course, Bloomberg is bankrolling this campaign, a de facto arm of the Democrat party, so he is entitled to promote whatever deceptive messaging he wants.

But even if he is paying the bills, it is entirely possible that the other anti-gun extremists within Everytown have at least a modicum of integrity when it comes to messaging. We would not be surprised if, after being exposed by NRA-ILA for running advertisements that had little or nothing to do with Everytown’s original agenda to eviscerate the Second Amendment, some of the little people working for Bloomberg began grumbling about getting back to pushing their anti-gun message.

It is unlikely, after all, that our calling out Bloomberg for the shameful deception in advertising would have any impact on him. The man clearly has no shame when it comes to politics.

After shattering all previous campaign expenditure records by blowing more than $1 billion in a futile attempt to buy his way into the Democrat party as their presidential nominee, he continues to funnel ridiculous amounts of his own personal wealth into Democrat campaigns. Most people would be embarrassed to have wasted so much money promoting themselves, only to discover that they are so universally unlikeable that the best they could do was capture American Samoa.

Rather than shrink from the spotlight after such a humiliating, failed campaign, as most likely would, he remains convinced that, as long as he keeps the money hose turned on, he can force his personal agenda down the throats of the American electorate.

So, whether Bloomberg made the decision, or it was made for him, the Everytown ads are finally mentioning guns…but not just guns. The ads continue to discuss issues completely unrelated to Everytown’s goal of increasing restrictions on law-abiding gun owners. One ad, targeting a Florida race, talks more about school funding than firearms. Another, slated for Texas, opens mentioning guns, but then goes on to talk about President Trump, the pandemic, and health insurance.

Clearly, the folks at Everytown know they cannot win when it comes to an honest discussion about guns. They know it is a losing message, as polling data indicates. And perhaps that is why the group either ignores guns, or couples the issue with other policy matters of greater interest to voters. In many ways, however, this is simply politics-as-usual for the anti-gun crowd. Anti-gun candidates, like the Biden-Harris ticket, rarely admit to the general public their true goals when it comes to firearms, and there are many who will help with this charade.

Whether its Bloomberg’s attempt to use policy issues unrelated to firearms to defeat candidates that protect the Second Amendment or other anti-gun organizations inventing a new class of gun owners—those that don’t like guns—the growing amount of lies and deception promoted by extremists who despise our freedoms reeks of desperation.

They realize, when supplied with the truth, Americans simply don’t support their gun-ban agenda. The only way to achieve their goal of enacting greater and greater restrictions on law-abiding gun owners is to avoid talking about it, and try to sway voters with messaging that has nothing to do with guns.

Everytown president, John Feinblatt, admitted to Politico that the deceptive marketing was driven by his group’s polling, claiming that combining their push for more gun control with unrelated issues was “particularly potent.” Of course, that doesn’t explain why much of Everytown’s messaging related to elections doesn’t mention guns at all. What Feinblatt probably should have said was that the anti-gun messaging was simply not potent at all, so they had to pivot to other issues to try to capture the attention of voters.

It may be only a matter of time before we see a Bloomberg-funded ad telling voters to oppose a particular candidate because he drinks too much soda. We’re kidding, of course…we hope.