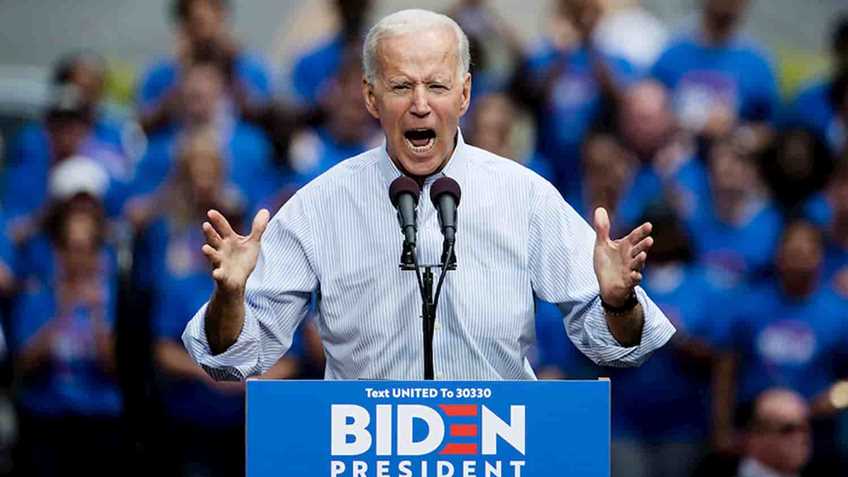 With Fall 2020 upon us it is time again for gun control advocates’ quadrennial tradition – dishonestly attempting to convince voters that a brazenly anti-gun presidential ticket does not pose a threat to gun owners. This year the deception is again being backed by longtime Massachusetts anti-gun advocate and wealthy businessman John Rosenthal. Despite both Joe Biden and Kamala Harris’s advocacy for gun confiscation and a host of other draconian gun measures, in a piece for Newsweek with the farcical title, “Individual Gun Ownership Is Not at Stake in This Election,” Rosenthal claimed “[p]rivate gun ownership for responsible citizens will remain unchanged” during a Biden presidency. The piece is in the same vein as others that have lied about the ticket’s anti-gun aims.

First, a little background is instructive. Rosenthal is the founder of Massachusetts-based gun control group Stop Handgun Violence. Founded in 1994, the group has worked to make the Bay State’s onerous gun control laws even more oppressive.

The organization is best known to the rest of the country for its billboard along a stretch of the Massachusetts Turnpike frequented by those who use Boston’s Logan Airport. At various times the billboard has called for the criminalization of private firearm transfers, a federal ban on commonly-owned semi-automatic firearms, and attacked NRA.

Aimed at an out-of-state audience, the billboard has been used to chastise neighboring New Hampshire, Maine, and Vermont for a perceived lack of gun control and to laud Massachusetts for its comparatively draconian measures. This tactic is peculiar, as FBI data shows that Maine, Vermont, and New Hampshire have the lowest violent crime rates in the U.S. These states have enjoyed their peaceful existence without the gun controls Rosenthal demands and while recognizing their residents’ Right-to-Carry a firearm for self-defense without a permit (Vermont did criminalize private transfers and impose magazine restrictions in 2018, but enjoyed a similarly low crime rate prior to these laws). In contrast, Massachusetts has nearly double the violent crime rate of New Hampshire and Vermont and more than triple that of Maine.

Not content to harass the Bay State and its visitors, in 2005 Rosenthal helped found the American Hunters and Shooters Association. The now defunct organization claimed that it was a group of gun owners “countering years of polarized debate and restoring pride in America’s hunting and shooting heritage.” In truth, the organization was a disguise for gun control activists seeking to undermine support for grassroots pro-gun groups like NRA and pro-gun candidates going into the 2006 and 2008 elections. When asked whether the AHSA was a front for the gun control lobby, fellow founder and paid expert for the Coalition to Stop Gun Violence Bob Ricker replied, “That perception would be out there, yes.”

Despite AHSA’s call for a less “polarized debate,” Rosenthal let his true feelings about NRA and the five million law-abiding gun owners it represents during a January 14, 2013 interview on the Ed Shultz Radio Show. Long before a certain state attorney general and the San Francisco Board of Supervisors made such smears fashionable, Rosenthal told Shultz that NRA “in my mind is a terrorist organization as far as I'm concerned.”

Rosenthal’s Newsweek item is merely the latest effort in his decades-long campaign to dupe gun owners.

As noted, in the piece Rosenthal claimed that “Private gun ownership for responsible citizens will remain unchanged” during a Biden presidency. The anti-gun advocate also contended that “a vote for Joe Biden and Democrats in Congress will… protect gun rights for law-abiding gun owners.” These are easily disprovable lies.

Biden has made clear that he intends to confiscate commonly-owned semi-automatic firearms.

During an August 5, 2019 CNN interview, Biden had the following exchange with host Anderson Cooper when asked about firearm confiscation:

Given Biden’s repeated boasts about authoring the 1994 federal ban on commonly-owned semi-automatic firearms, it can be concluded that Biden’s definition of an “assault weapon” encompasses firearms covered under that legislation – including the AR-15. However, Biden has also made clear that he wants to ban 9mm pistols.

According to an article from the Seattle Times, during a November 2019 private fundraiser in Washington, Biden asked attendees “Why should we allow people to have military-style weapons including pistols with 9mm bullets and can hold 10 or more rounds?”

At a campaign even in Londonderry, N.H. in early September, then-presidential candidate Harris told reporters that confiscation of commonly-owned semi-automatic firearms was “a good idea.” Elaborating on her support for a compulsory “buyback” program, the senator added, “We have to work out the details -- there are a lot of details -- but I do…We have to take those guns off the streets.”

On the September 16 edition of “The Tonight Show Starring Jimmy Fallon,” Harris reiterated her support for gun confiscation. During a question and answer session, an audience member asked Harris “Do you believe in the mandatory buyback of quote-unquote assault weapons and whether or not you do, how does that idea not go against fundamentally the Second Amendment?

The candidate responded “I do believe that we need to do buybacks.” Making clear that she believes Americans’ Second Amendment rights are for sale, the senator added “A buyback program is a good idea. Now we need to do it the right way. And part of that has to be, you know, buy back and give people their value, the financial value.”

Further demonstrating Harris’s commitment to gun confiscation, the candidate called for a “mandatory buyback program” during an October 3 MSNBC gun control forum and again during a November interview with NBC Nightly News.

Contrary to what Rosenthal claimed, banning and confiscating commonly-owned semi-automatic firearms would be a major change for responsible citizens. Underscoring the severity of the change is the fact that the AR-15 is the most popular rifle in America. Moreover, in targeting 9mm pistols, Biden has called for a ban on one of the most popular firearms in America. In its annual report on the U.S. firearms industry, Shooting Industry reported that 9mm caliber pistols are the most commonly produced pistol and have been for many years. In 2017 alone, there were more than 1.7 million 9mm pistols produced in the U.S. Cumulatively there are tens of millions of 9mm pistols in the hands of law-abiding Americans.

Rosenthal also deceived readers about the state of the U.S. Supreme Court and Second Amendment jurisprudence to push the Biden ticket.

Rosenthal wrote, “enacting gun safety laws, such as… military-style assault weapon and large-capacity magazine bans, police discretion for licensing and consumer safety manufacturing regulations have been considered reasonable and legal by the U.S. Supreme Court.” In fact, the U.S. Supreme Court has yet to directly address these gun controls.

In an effort to suppress legitimate pro-gun concerns about the U.S. Supreme Court, the anti-gun advocate also claimed “It is well-settled law that private firearm ownership is a right guaranteed by the Second Amendment of the U.S. Constitution.”

Consider this passage from a July 2016 interview Ginsburg gave to the New York Times:

[Ginsburg] mulled whether the court could revisit its 2013 decision in Shelby County v. Holder, which effectively struck down a key part of the Voting Rights Act. She said she did not see how that could be done.

The court’s 2008 decision in District of Columbia v. Heller, establishing an individual right to own guns, may be another matter, she said.

“I thought Heller was “a very bad decision,” she said, adding that a chance to reconsider it could arise whenever the court considers a challenge to a gun control law.

This was not the first time that Ginsburg shared her desire to overturn Heller. On December 17, 2009, Ginsburg delivered a lecture titled “The Role of Dissenting Opinions” to the Harvard Club of Washington, D.C., a version of which was later published in the Minnesota Law Review. In the lecture, Ginsburg described Stevens and Breyer’s dissents in Heller as “appealing to the intelligence of a future day.” Insultingly, Ginsburg listed the - in her view incorrect - Heller decision, which recognized a fundamental right, alongside the notorious Dred Scott v. Sanford decision, which extinguished the rights of African Americans.

Take Ginsburg’s word for it – the U.S. Supreme Court and the individual right to keep and bear arms are on the ballot in 2020.

Rosenthal’s piece is so at odds with reality that more is gained from contemplating the reason it was written than its content. Consider why a presidential ticket and its surrogates would advance such falsehoods.

Attempts to conceal and lie about Biden and Harris’s gun control positions are a tacit admission that the public does not want the gun control these candidates pursue. If such measures have the popularity their backers often pretend they do, there would be no need to obscure their goals. Rather, gun control advocates and politicians understand that they cannot succeed if they are forthright with the electorate about their extreme positions.

NRA members and other gun rights advocates are likely already aware of Biden and Harris’s radical plans for the Second Amendment and no amount of deception from gun control advocates or the press will divert them from the truth. However, Second Amendment advocates should work to inform more casual political observers of the singular danger the 2020 Democratic presidential ticket poses to their rights. Knowledgeable gun owners have a responsibility to ensure their family, friends, and other liberty-minded individuals do not succumb to Rosenthal and others’ flagrant misinformation. 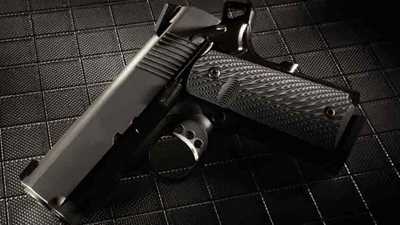