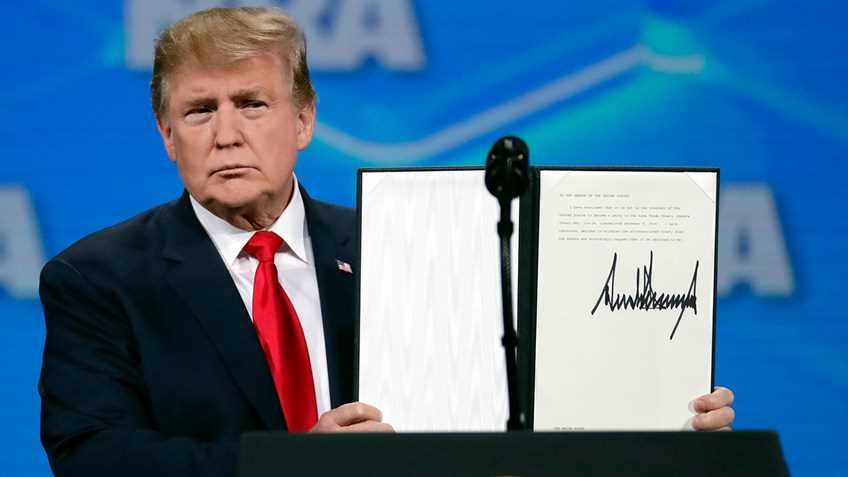 At the NRA-ILA Leadership forum last year President Trump sent the international anti-firearm community into hysterics by announcing his intent to withdraw the United States from their crowning jewel, the Arms Trade Treaty (ATT).  Having never secured membership from China or Russia, the thought of many was that in losing the treaty’s only top tier arms exporter the ATT would die, but that could not be further from the truth.  Like every United Nations’ initiative, with or without the United States, the show will always go on.

Despite the ATT’s abysmal compliance rate and ever increasing deficit, voluntary financial contributions continue to keep it afloat, and as the years continue to pass the misguided argument that it be viewed as an international norm grows. This, after all, has always been the goal of the ATT.  Despite lacking membership of most of the world’s top arms importers and exporters, treaty proponents have always recognized that by establishing what they view as “legitimacy over time”, an argument can be made that the ATT’s terms be adhered to by everyone, influencing and restraining foreign policies worldwide whether a country is a member or not.

This is why the presence of the United States at every meeting of the ATT has always been critical.  They are the proverbial “adult in the room”, effectively keeping the ATT train from running off the tracks. Whether attending as a Signatory or Observer State, the U.S. delegation has to have a seat at the table. No year has this been more important than this, as 2020 marks the first year since the ATT entered into force that it can be amended, a year many of its proponents have been waiting for so that they can expand the treaty’s tentacles beyond diversion.

The first official work on the treaty’s expansion kicked off this week at the Palais des Nations in Geneva, Switzerland with the convening of the first of two week-long ATT Working Group and Preparatory meetings. While attendance was lighter than usual, the presence of the U.S. delegation was a welcomed sight.

This week, proposals have been tabled calling for the incorporation of the UN’s other anti-firearm initiatives into the ATT, such as the Programme of Action and Firearms Protocol, and for expanding the ATT’s scope to specifically focus on gender and gender based violence issues. Such expansions may seem inconsequential to some, but we assure you they are not.

Incorporation of the Programme of Action and Firearms Protocol, the first of which is simply a political agreement and later a treaty lacking the membership of the United States, Germany, the United Kingdom, China and Russia, will allow the ATT to legally enforce their terms. The significance of this cannot be overlooked, as they are both actively working to develop international restrictions on ammunition. If successful, this would mean that any restrictions developed in one of those initiatives, such as the marking, registration, tracing and restriction of ammunition, would become legally enforceable under the ATT, even to a State Party that is not a signatory to the Protocol or one who objected to the inclusion of ammunition into the Programme of Action.

On the gender and gender based violence issues, this would grant the ATT the power to legally enforce the principle being tabled in support of their incorporation, which “requires the recognition that small arms possession is linked to violent masculinities”, or in layman’s terms, that the only way to end gender based violence is through an outright ban on males possessing firearms.

While many States recognize these issues, rarely will an objection be raised on the floor.  Instead, work to quell support is done behind the scenes, and this is where the value of the U.S.’ presence cannot be overlooked. This week is just the first of two week-long meetings leading to the 6th Conference of States Parties to the ATT in August where any proposals developed will ultimately be voted on. We trust that the U.S. has been working to educate our allies on the significance of such attempts to expand the ATT this week, but we also don’t trust blindly and have been here all week counselling our friends as well.