This past November, as Americans were preparing to celebrate Thanksgiving, Michael Bloomberg, like the royalty of old, rode a $34 million media carriage into the 2020 Democratic Presidential race. Surrounded by armed lackies and fueled by bad ideas, Bloomberg proclaimed a singular purpose: to oppress your freedoms in ways that he would never oppress his own.

The immediate reaction was telling:

"Michael Bloomberg is making a bet about democracy in 2020 -- he doesn't need people, he only needs bags and bags of money,” said one politician at a campaign stop in Iowa.

Another politician put it this way: “What I would say to Michael Bloomberg and other billionaires: ‘Sorry. You ain’t gonna buy this election.’”

Who were these voices criticizing Bloomberg’s intent to buy his way into our homes and the White House? These were not the criticisms of conservative politicians, but Elizabeth Warren and Bernie Sanders, respectively. That’s right—you no longer need to take our word for it; even some of the most anti-gun Democrats know the threat that Bloomberg poses to your freedoms in this election.

But how much notoriety can $34 million actually buy a politician in one-week? The answer might surprise you. According to one ILA staffer, Bloomberg’s ads weren’t just running on your news stations; the staffer’s 15-year old son saw more than a half dozen Bloomberg ads running on YouTube channels aimed at teenage video game enthusiasts. Think about that, Bloomberg is so desperate to control your freedoms, he’s bombarding teenagers who aren’t even old enough to vote with propaganda about how great he is (and how evil your rights are, of course).

We need no introduction to Mike Bloomberg. As the country’s leading pusher of gun control and spineless politicians, every patriotic supporter of the Second Amendment knows Bloomberg and his elitist agenda. New Yorkers like myself know Bloomberg for the nanny-state nonsense he imposed against large fountain sodas, trans fats, and table salt.

My fellow NRA members in Appalachia may better know him for his campaign to close every coal-fired power plant in the United States.

So how much will Bloomberg spend to restrict your gun rights? $1 million? $5 million? Not even close. He spent tens of millions on soda tax campaigns across the country, and he pledged $500 million towards his effort to shut down every coal-fired power plant in the country. Bloomberg has promised to spend “whatever it takes” from his $55 billion personal fortune to control you from our nation’s capital.

For Bloomberg, pumping millions—and potentially billions—of dollars into his campaign to convince American families of his own greatness is merely pocket change.

Putting aside the acreage of ego that Bloomberg’s effort must require, watching this unfold made me wonder: if Bloomberg is really so “great,” and has such a long track record of “awesomeness,” why does he need to spend a massive fortune now to convince people of it? Wouldn’t all of the good people he supposedly helped already know about his supposed goodness and support him?

As we know, Bloomberg spends money to conceal the bad in order to lie about the good. Consider this fact, Bloomberg’s “straight news” media apparatus just announced that it will not be writing any investigative news pieces on Bloomberg, his family, or his businesses. But wait, there’s more—to ensure the uneven playing field on which he relies, Bloomberg’s media outlets have agreed to extend their selective censorship to Bloomberg’s fellow Democrats, while retaining an “open season” against President Trump, conservatives, and Republicans. For years, the NRA has warned America’s families about the threat of such oppression and coordination. As Bloomberg’s shenanigans have revealed, that threat is very real.

Here, Democrats and Republicans should agree. Bloomberg’s eagerness to suppress freedom should be disqualifying for reasonable people on both sides of the political aisle. The fact that Bloomberg’s first decision as a candidate for president was to muzzle the press should give any freedom-loving American pause. If candidate Bloomberg was so willing to restrict press freedom on day one, how far will President Bloomberg be willing to go in his war on our civil rights?

When questioned in a CBS interview about his decision to curtail who and what his personal news outlet could cover, Bloomberg’s answer was simple: “They get a paycheck . . . with your paycheck comes some restrictions and responsibilities.”

As a husband and father, this insight into Bloomberg’s true character was more valuable than any airtime Bloomberg ever purchased. I knew that Bloomberg was an elitist coward who wanted to destroy the Second Amendment, but Bloomberg’s blatant, unrepentant trampling of the First Amendment surprised even me. Let this be another reminder of how entwined our civil liberties are; weakening one link weakens them all.

Fortified by a fawning press, deep pockets and desperate followers, Bloomberg and his armed bodyguards are already flying around in luxury to lecture voters against their gun rights. When he popped-into Norfolk, Virginia to meet all of the flunkies he funded into office by buying the Virginia elections last year, Bloomberg didn’t even know what city he was in. Poor guy—it must be hard when the “help” doesn’t remind you where your private jet just landed.

Bloomberg has also wasted little time in announcing how he will restrict our Second Amendment rights if he wins the White House.

After hearing them repeated this month, I can tell you this, Bloomberg’s proposals haven’t gotten less crazy with time. He wants to ban the most popular rifle in America and the magazines that many millions of law-abiding Americans use to defend themselves and their families. He wants to impose arbitrary age-limits that would prohibit a young woman under 21 from buying a firearm to protect her family, even while her spouse is away on deployment or patrolling the streets in uniform. He wants to create a “central system” for all firearm records.

In other words, he wants a federal firearm registry, something that has been expressly prohibited by federal law for four decades because of the danger it poses to our Second Amendment rights. And, he wants the registry because he knows it will pave the way for firearm confiscation.

He knows that because he already has experience using a firearm registry to confiscate firearms. As mayor of New York, Bloomberg signed an ordinance that made it illegal for anyone to possess a rifle or shogun that held more than five rounds. Then, he used the Big Apple’s existing registry to confiscate the banned firearms from his own constituents. While he has no qualifications to be our commander-in-chief, his record certainly proves he has the experience to be confiscator-in-chief.

There’s also the inconvenient truth that Bloomberg leaves out of all of his proposals: nothing dreamed up in his penthouse would have actually stopped the crimes he pretends to care about. For someone who claims to be so bright, Bloomberg always misses the most basic point, when you limit peoples’ ability to defend themselves, you make them less safe, not safer.

I will say this, Bloomberg is a master deflector. Regardless of the topic— his buying elections, suppressing the speech of his supposed “news” outlet, the harassment claims of his female employees, etc.—Bloomberg always pivots to another topic from which he can more comfortably peddle some billionaire-level virtue-signaling. He does that a lot with us. Whenever a bad guy with a gun is stopped by a good guy with a gun, Bloomberg and his cronies can be counted on to deflect attention away from the criminal in order to falsely portray the NRA’s membership as the problem. Apparently, truth and leadership are among the few luxuries that Bloomberg can’t afford.

Why is this? What is it about your gun rights that so offends Michael Bloomberg? After all, he’s not really “anti-gun;” he and his wealthy friends are surrounded by armed bodyguards. The only guns he’s against are the ones possessed by you and your family for their protection. Personally, I suspect he hates our freedom because it’s the one thing that, so far, he’s been unable to buy. This is the year we’ll find out.

Is Another Presidential Candidate Preparing to Exit the Race? 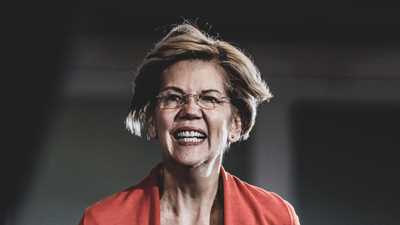 Bloomberg’s “Mayors” Group Back in the News