On Tuesday, January 28, the Senate Public Affairs Committee is scheduled to consider “Red Flag” gun confiscation legislation, Senate Bill 5, at 1:30pm. During the 2020 Budget Session, lawmakers are supposed to prioritize the creation of a state budget, however, anti-gun legislators are wasting time attempting to pass laws to undermine the Second Amendment and burden law-abiding gun owners.  Your NRA-ILA has learned that the hearing will now be held in the Senate gallery and all firearms will be banned from the gallery during the hearing.  Those offering testimony on the “Red Flag” legislation will be segregated from each other depending on their position, and all bags, purses, and backpacks will be subject to search.  NRA Members and Second Amendment supporters are encouraged to attend this public hearing and voice their opposition to this egregious legislation. Also, please contact members of the Senate Public Affairs Committee and ask them to OPPOSE Senate Bill 5.

House Bill 7 / Senate Bill 5 – Sponsored by Rep. Daymon Ely and Senator Joseph Cervantes, authorizes the seizure of firearms and/or ammunition from individuals without due process. Unchallenged statements made by a petitioner before a judge, alleging that someone is a danger to themselves or others in an ex parte proceeding -- prior to any formal court hearing at which the respondent can be represented by counsel and present counter evidence -- would be sufficient for law enforcement to enter that person's home and confiscate their private property.

Again, please attend this hearing, as well as contact members of the Senate Public Affairs Committee, and ask them to focus on passing a budget instead of targeting the Second Amendment and New Mexico gun owners. ​ 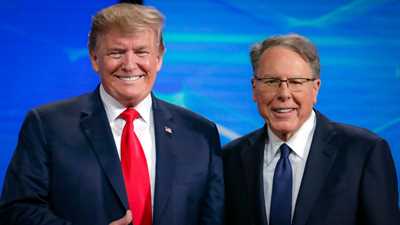