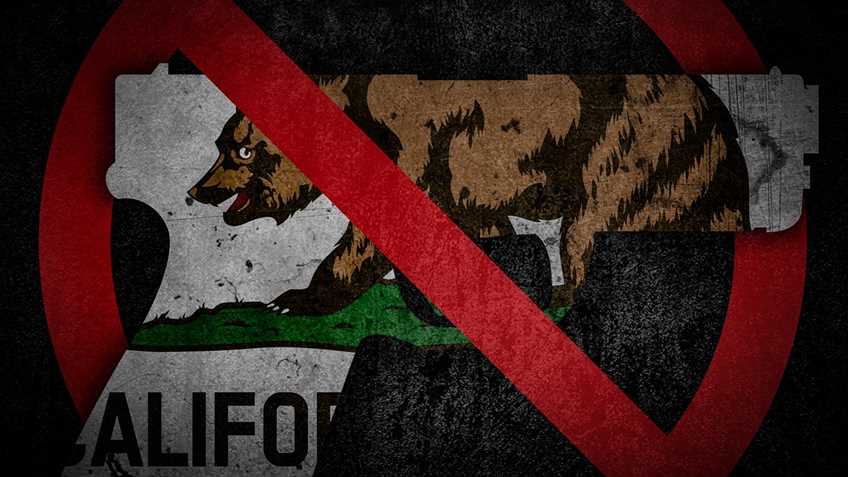 In news that will not shock gun rights supporters, the anti-gun utopia of California has provided further evidence that unjust gun control laws invite official corruption. According to a press release from the U.S. Attorney’s Office for the Southern District of California, former San Diego County Sheriff’s Captain Marco Garmo was arrested on November 22 for allegedly using his position to circumvent the state’s “roster of certified handguns.”Further, another individual allegedly made “unlawful payments”to a member of the county’s “CCW processing staff”to assist in the acquisition of may-issue California Concealed Weapons Permits.

Readers should note that at present some of those mentioned in this article have yet to be convicted of the crimes which the federal government has accused them of committing.

California Penal Code § 32000 provides a penalty for a person “who manufactures or causes to be manufactured, imports into the state for sale, keeps for sale, offers or exposes for sale, gives, or lends an unsafe handgun.”The state maintains a “roster”of “safe”handguns that have met the anti-gun jurisdiction’s criteria for sale.

In order for a handgun to be certified for sale, a firearm manufacturer must send an example of the handgun to a DOJ-certified laboratory for testing. Handguns must meet a drop-test requirement and include certain mechanisms, such as a chamber load indicator and a magazine disconnect for semi-automatic pistols. Further, the manufacturer must pay an annual fee for the firearm to remain on the roster.

As some firearms are not designed with the mechanisms California requires, they cannot meet the state’s criteria and are unavailable for sale to the general public. Moreover, some manufacturers are reluctant to send every minor variation of a compliant model firearm off for the costly and time-consuming process of certification. Therefore, there are a large variety of perfectly functional handguns that Americans in almost every jurisdiction across the country use for self-defense, hunting, and sport shooting that are unavailable for sale in the Golden State.

Penal Code §32000 includes an exemption for the sale or purchase of off-roster handguns to “sworn members”of “the Department of Justice, a police department, a sheriff's official, a marshal's office,”as well as other law enforcement agencies.

The press release indicated that Garmo was allegedly working with local jeweler Leo Hamel and Federal Firearms Licensee Giovanni Tilotta to acquire and sell off-roster handguns to those who would not qualify for an exemption under Penal Code §32000. In describing the scheme, the report explained,

As part of his guilty plea, Leo Hamel, the owner of Leo Hamel Fine Jewelers, admitted to purchasing a variety of off roster handguns from Garmo, and engineered a series of “straw purchases” in which Garmo would falsely certify that he was acquiring an “off roster” gun for himself when in truth he was purchasing it for Hamel. Hamel further admitted that he acquired several firearms from Garmo without proper documentation through bogus, long-term firearm “loans” in exchange for money—which were sales in all but name. Hamel agreed in his plea to conducting straw purchases with Garmo and Lt. Fred Magana, and to planning with Garmo and Tilotta to construct a false paper trail to make it appear that the straw purchases were legitimate…

The release also noted that “Garmo received an explicit warning from the ATF that excessive resales for profit could violate federal law.”Under federal law, a person engaged in the sale of firearms “with the principal objective of livelihood and profit”must obtain a Federal Firearms License.

The indictment of Garmo also alleged that the former sheriff’s captain was engaged in an elaborate scheme involving kickbacks from “consultant”Waiel Anton. The feds have accused Anton of working with a member of the county’s permit processing staff to fast-track the Concealed Weapons Permit applications of certain individuals. The release noted,

Anton aided and abetted Garmo’s unlicensed firearms dealing by helping Garmo’s firearms buyers apply for permits to carry a concealed weapon (“CCW”) as part of Anton’s “consulting” business.  In exchange, the indictment alleges that Anton received cash payments from his clients and then paid a kickback to Garmo for referrals.  The benefit of Anton’s “consulting” arrangement was to secure early appointments for his clients to avoid the substantial backlog of CCW applicants—a benefit that Anton provided by leveraging his relationship with a member of the CCW processing staff to whom he had made an unlawful cash payment.

In California, local permitting authorities are given significant leeway in the issuance of Concealed Weapons Permits. As a result, some jurisdictions operate shall-issue permitting regimes; whereby permits are issued to all applicants who meet a discrete set of predictable criteria. Other jurisdictions operate may-issue regimes; whereby a permit may be denied for any number of subjective criteria and applicants are forced to justify a “good cause”for exercising their Right-to-Carry.

Good cause is determined on an individual basis. Applicants for a CCW should be able to set forth a set of circumstances that distinguishes the applicant from other members of the general public and causes him or her to be placed in harm’s way. Simply writing "self defense" or "personal protection" on an application does not provide the requisite proof of good cause.

Such may-issue permitting regimes invite corruption. Back in 2016, a wide-ranging federal probe of the New York Police Department uncovered a New York City gun license bribery scheme. According to the federal indictment in that case, applicants paid a person who had influence with the NYPD License Division $18,000 to facilitate issuance of gun licenses.

New York City gun licenses are difficult for law abiding New Yorkers to obtain, but according to a federal press release, the License Division “approved licenses for individuals with substantial criminal histories, including arrests and convictions for crimes involving weapons or violence, and for individuals with histories of domestic violence.”

In the San Diego case, federal authorities alleged that “Garmo’s business of firearms dealing as undertaken for both financial profit and to cultivate future donors for his anticipated campaign for Sheriff of San Diego County.”

As NRA-ILA has previously noted, police corruption in the administration of gun laws is detestable, but merely a symptom of the underlying problem. It is California’s gratuitous handgun restrictions and may-issue concealed weapons permit regime that allow those tasked with enforcing the law to use it for their political and pecuniary advantage. In fact, there is evidence that New York City’s handgun licensing law, the Sullivan Act, was passed for this purpose. The alleged corruption in San Diego County is the predictable consequence of California’s gun laws and a wiser group of state lawmakers would seek to remedy the current problem by crafting a more liberal, just, and predictable set of gun laws.