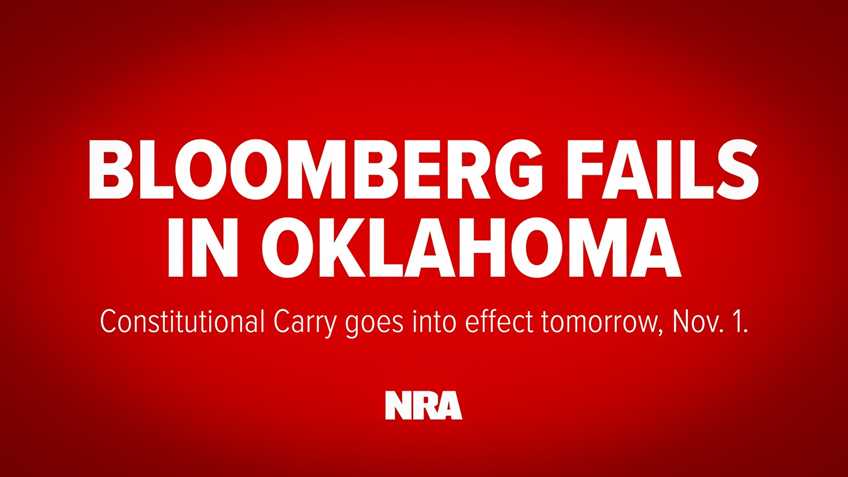 FAIRFAX, Va.– The National Rifle Association's Institute for Legislative Action (NRA-ILA) welcomes Oklahoma as the newest constitutional carry state. Constitutional carry, now the law in 16 states across the country, allows law-abiding citizens to carry concealed firearms without first getting government permission to do.

The NRA-backed law, which takes effect Friday, Nov. 1, fully recognizes the constitutional right of law-abiding gun owners to carry a firearm openly or concealed without a permit.

“Government exists for the people, not the other way around. This law honors the right of law-abiding Oklahomans to defend themselves and their loved ones without begging for the government’s permission beforehand," said Jason Ouimet, executive director, NRA-ILA. "The NRA fights for law-abiding gun owners because we recognize that our freedoms are fundamental and natural, not government-given."

For nearly 10 years, the NRA has worked closely with the Oklahoma Second Amendment Association to make constitutional carry a reality in Oklahoma.

This law does not change prohibited person laws or any law governing the misuse of a firearm, prohibited places where a firearm cannot be carried, or when force may be used in defense of self or others.