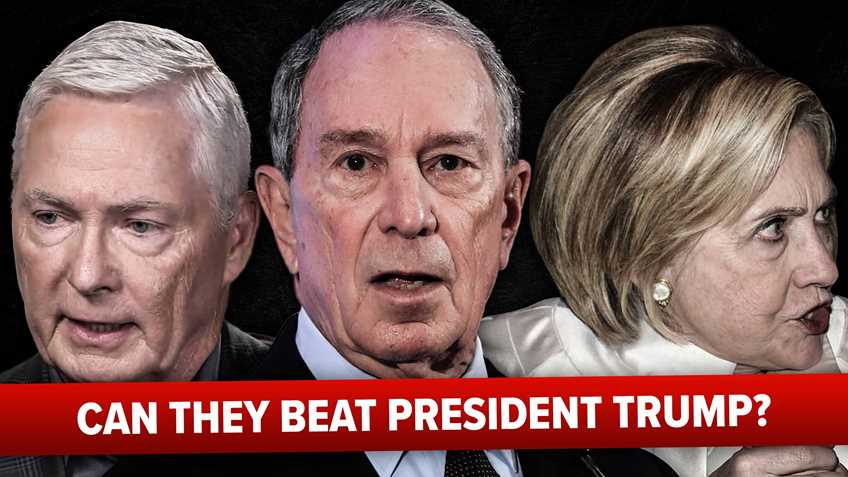 This is the time of year when hideous creatures emerge on television and computer screens to menace and prey upon the unwary.

No, we’re not talking about vampires or zombies from Halloween horror films.

We mean fixtures of the anti-gun community who seemed to have been exorcised from public life, only to reappear as possible candidates for the nation’s highest office, as Democrat anxiety grows over the ability of the current contenders to unseat President Trump.

If the existing slate of candidates resembles a horror show from a far-Left fever dream, these sinister figures more resemble a Monster Squad of established anti-gun activists who have haunted the halls of power and influence for longer than some of the younger pretenders have been alive.

As we reported at the time, media and business titan, as well as three-term New York City mayor, Michael Bloomberg had floated a presidential run as a Democrat during the latter part of 2018 and early 2019. Second Amendment advocates know Bloomberg – one of the world’s richest men – as the preeminent funder of the modern gun control movement through his Everytown portfolio of anti-gun advocacy groups.

Bloomberg has spent tens of millions of dollars to buy elections for anti-gun candidates and promote New York City-style gun control for the rest of the country through Astro-turf groups like Moms Demand Action for Gun Sense in America. His operatives have partnered with every corner of elite opinion to spread anti-gun propaganda, including through universities, media, medicine, the public health apparatus, big city mayors’ offices, entertainment, public education, and even professional sports.

As of March, it seemed the surging Left Wing of the Democrat Party had effectively driven a stake through Bloomberg’s presidential aspirations, given that his fiscal policies and strong authoritarian streak appeared too “moderate” next to candidates openly embracing socialism and “social justice.” Former Vice President Joe Biden was seen as the stronger candidate to appeal to “centrist” members of the Democrat party because of his name recognition and association with Democrat icon Barack Obama. Bloomberg acknowledged his chances at winning the White House were narrow and eventually pledged to use his considerable fortune to pursue his pet policy objectives through means other than holding government office.

According to the New York Times, however, influential donors worry that Biden has underperformed as a candidate and fundraiser, leading some to contemplate someone “who was not in the race — but could be lured in.”

Bloomberg was said to be on the short list and to have confided to close associates that he would consider entering the primary if he saw a path to victory. The article also mentioned that as Elizabeth Warren’s fortunes have surged in the primary, Wall Street Democrats have talked up Bloomberg as a more pro-business choice to take on President Trump.

A recent CNBC article stated that “Bloomberg has signaled he’s ‘still looking at’ running for president,” that he continues to employ a team of political advisors, and that he was planning to spend over $100 million of his own money on the campaign if he decides to run. The article also indicated that Biden’s perceived vulnerability was the key factor in the 76-year-old Bloomberg’s thinking.

According to other reports, Bloomberg isn’t the only anti-gun establishment candidate to consider a run. None other than Hillary Clinton, who ALREADY lost to President Trump, may be hoping for a rematch.

According to the previously-mentioned New York Times article, Clinton has not ruled out the idea of a late-stage entry into the race and recently reemerged into the public spotlight to promote a book she coauthored and to spar with President Trump and current candidate Tulsi Gabbard on social media.

A Washington Post article from Oct. 22 cited “two people close to” Clinton as indicating she “has not ruled out jumping in herself, a sign that she is hearing similar dissatisfaction” with the current candidates. One longtime funder of the Clintons’ political aspirations even opined to the Post: “They [the Democrats] don’t have anybody who can win the general [election].”

Hillary Clinton’s campaign for the White House in 2016 put law-abiding gun owners squarely in its crosshairs. She infamously told donors “the Supreme Court is wrong on the Second Amendment;” she claimed during a debate that the NRA was the enemy she was proudest to have; and she endorsed the confiscatory gun control policies of Australia as “worth considering” for the United States.

Meanwhile, few presidential candidates in American history embraced the NRA and the Second Amendment as strongly as her opponent, Donald J. Trump. The two appointments to the U.S. Supreme Court he has since made as president could make all the difference this December as the Court takes up a significant Second Amendment case for the first time in nearly a decade.

The final would-be contender to reveal his presidential aspirations this week doesn’t have a long history in politics, but he’s been making a name for himself as the corporate world’s highest-profile gun control activist. Several media reports indicate that Ed Stack, CEO of Dick’s Sporting Goods, has been quietly testing the waters of a third-party presidential bid.

Stack has been associated with one of the most bizarre gun control escapades in recent history, all the more so because his company was at one time a prolific seller of a variety of firearms.

He banned a number of popular guns from his stores, made a big show of destroying them at company expense, refused to sell any firearm to certain legally eligible customers, and even hired lobbyists in a futile bid to promote gun control in Congress. He recently admitted that these efforts cost the company he leads some one-quarter of a billion dollars.

But nothing succeeds in fringe leftist politics like dubious and hugely expensive social justice crusades funded with other people’s money, and the media are now reporting that Stack is throwing yet more cash at determining how he might fare in a third-party presidential run. Politico reported that the “billionaire businessman” held focus groups earlier this month to test his own political messaging, as well as match-ups against President Trump, Joe Biden, and Elizabeth Warren. According to the report, Stack tried to paint his corporate gun control activism as an example of “showing leadership.” While that report didn’t reveal the outcome of the balloting, it did indicate that focus group members commented on Stack’s apparent old age and lack of charisma as potential roadblocks to his success, even though he’s considerably younger than the current leading candidates.

A source said to be “familiar with Stack’s thinking” told Politico, “Mr. Stack enjoys running Dick’s Sporting Goods and has no plans to run for any elected office.”

Then again, Stack has also said in media appearances that he supports the Second Amendment, so it’s not as if he can be taken at his word.

Besides their disdain for guns and their owners, the one thing all of these would-be contenders have in common is huge stacks of cash to spend on their own pet projects and ego gratification. Whether that will express itself in running for president in any particular case remains to be seen.

But the thought of any of them occupying the White House would be a true nightmare scenario for gun owners.

On the other hand, the current occupant is a fast friend of the Second Amendment …

And he’s not afraid of monsters. 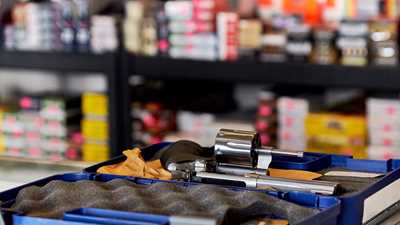