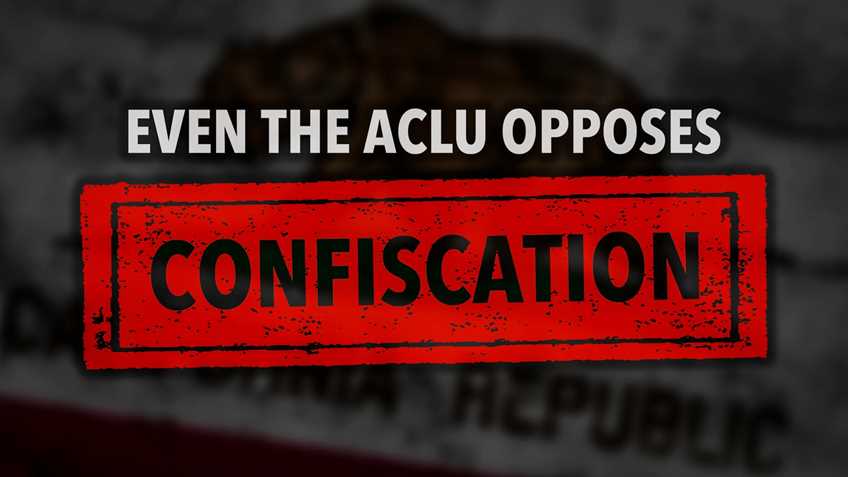 At present, illiberal gun control advocates are waging a full-scale war on the right to due process protected by the Fifth and Fourteenth Amendments. Those vital provisions of the U.S. Constitution make clear that the federal and state governments may not deprive a person of “life, liberty, or property, without due process of law.” California’s gun confiscation order, or “gun violence restraining order,” law is a clear example of this attack on civil liberties.

Under current California law, the government is empowered to confiscate an individual’s firearms if a family member or law enforcement officer petitions a court to do so and the court determines that there is a “substantial likelihood” that the individual “poses a significant danger” to themselves or others. The entire procedure takes place ex parte. This means that the person targeted with the confiscation order is not provided with any opportunity to present evidence and offer a defense in court or even receive notice of the petition prior to the confiscation of their firearms.

The California scheme has unconstitutional effects. As proposed, every family member of a gun owner and every law enforcement officer will enjoy an unlawful veto over that gun owner’s Second Amendment rights and the gun owner has no opportunity to object until their rights have been infringed. Due process is fundamental; at a minimum, due process requires notice, an opportunity to be heard and present evidence, and the right to be represented by counsel.

Within 21 days after the order is issued a gun owner is entitled to a hearing on the matter. If, after a hearing, the court determines the individual to pose a danger, the gun owner’s right to possess firearms is suspended for one year.

California’s law is already an egregious violation of rights, but Gov. Gavin Newsom and the Golden State’s legislature have never come across a gun law they didn’t want to make worse.

On October 11, Newsom signed a raft of gun control bills that amend California’s gun confiscation orders procedure. Newsom signed AB 12, which will increase the duration of the gun confiscation order from “one to five years.” The governor also approved AB 61, which will expand the categories of individuals who can petition to deprive a person of their Second Amendment rights to include employers, coworkers, and “employee[s] or teacher[s] of a secondary or postsecondary school.” That’s right, not just educators, but any employee of the school district may be able to restrict the constitutional rights of on an adult student.

Since introduction, NRA-ILA opposed these and other harmful changes to the already terrible gun confiscation order procedure. However, some of the overreaching legislation proved too much for civil liberties advocates from across the political spectrum.

The American Civil Liberties Union of California registered its formal opposition to AB 61. The organization explained that AB 61,

poses a significant threat to civil liberties by expanding the authorization to seek ex parte orders, with all the ensuing consequences, without an opportunity for the person to be heard or contest the matter.

The group went on to add,

An ex parte order means the person subject to the restraining order is not informed of the court proceeding and therefore has no opportunity to contest the allegations. We support the efforts to prevent gun violence, but we must balance that important goal with protection of civil liberties so we do not sacrifice one in an attempt to accomplish the other… By expanding the parties that could apply for such an ex parte restraining order to include all the parties listed above, many of whom lack the relationship or skills required to make an appropriate assessment, AB 61… creates significant potential for civil rights violations.

The ACLU’s concerns are valid. It takes little imagination to understand that this procedure could be used by disgruntled coworkers and employers to harass workplace rivals as an extension of petty office politics.

The addition of school employees and teachers is also fraught with hazards. The legislation empowers people who may have little to no relationship with an individual to petition to extinguish one of their fundamental rights. Regarding the post-secondary context, many universities and colleges have become bubbles of homogenous political thought. A dearth of respect for and understanding of gun ownership and Second Amendment rights exacerbates the potential for abuse of California’s gun confiscation order procedure.

The fact that the ACLU opposes AB 61 should bring home to Americans from across the political divide just how radical an attack on civil liberties California’s latest raft of gun control is. It is imperative that even Americans that do not enthusiastically support the right to keep and bear arms understand the threat gun control advocates pose to due process and their other civil rights. 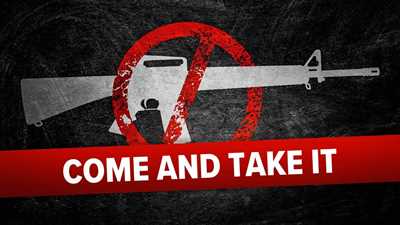