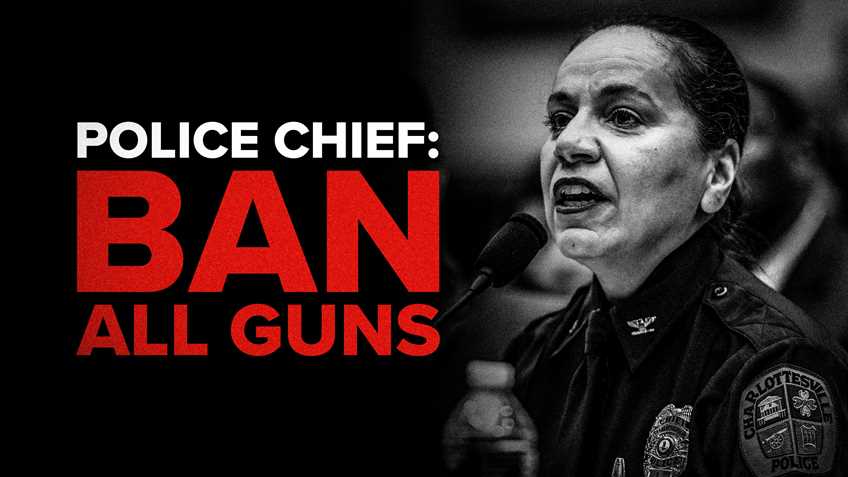 On Sept. 25, the Democrat-led U.S. House Judiciary Committee held a 3 ½ hour “hearing” entitled “Protecting America From Assault Weapons.” That framing of the issue underscored the erroneous notion that Americans need protection from inanimate objects, rather than from violent criminals who have and always will use any means at their disposal to harm innocent, defenseless people. It also revealed the unfortunate agenda of the proceedings, which was to emphasize politics and finger-pointing over any useful exploration of how Congress might take meaningful steps to improve public safety.

The most startling claim of the proceedings came when Dr. RaShall Brackney, Chief of the Charlottesville Police Department in Virginia responded to a question from Rep. Jim Sensenbrenner (R-Wis.) about whether she would support a ban on hunting rifles. “I believe any weapon that can be used to hunt individuals should be banned,” Brackney replied.

This admission seemed to indicate that Brackney would be open to the banning of any firearm – or even any weapon – whatsoever, since a criminal bent on “hunt[ing] individuals” could use virtually any firearm for that purpose.

Dr. Brackney was given two opportunities by pro-gun committee members to walk back or provide more context for that statement. Instead, she dug in and reiterated the statement.

Rep. Greg Steube (R-Fla.) even asked her directly, “Okay, so you then stand for the proposition to ban any type of firearm, because any firearm can be used and misused to kill people.”

Rather than answering the question directly, Dr. Brackney began talking about police and the social contract. Rep. Steube tried asking again, only to be interrupted by an anti-gun committee member who tried to raise a point of order. She claimed that Rep. Steube was “attacking” the witness – when in fact he was merely trying to get a straight answer – and requested that he “tone down his words.” That exchange took up most of Steube’s remaining time for questioning, which was not reinstated.

Again, however, Rep. Steube tried, to clarify, asking, “Any type of weapon … that can be used to kill people should be banned?” “Sir,” Brackney replied, “you’re adding the word ‘type.’ I said ‘any weapons,’ so that’s my answer. Thank you.”

The entire exchange can be seen at this link.

Notably, none of the committee members or witnesses in favor of the ban attempted to distance themselves from Brackney’s push for a complete gun ban.

Unfortunately, Dr. Brackney’s statements may have been one of the only honest claims of the entire hearing by those arguing in favor of the ban.

Rep. Jamie Raskin (D-Md.), a Harvard Law School graduate, told a breathtaking whopper about the U.S. Supreme Court’s pivotal Second Amendment decision, District of Columbia v. Heller. He claimed the decision says, “the Second Amendment gives you a right to a handgun for purposes of self-defense and a rifle for purposes of hunting or recreation, but nowhere does it give you a right to weapons of war … .”

The essence of the Heller decision is that Americans have a right to possess the sorts of bearable arms “in common use for lawful purposes,” particularly self-defense, and that handguns qualify because they are overwhelmingly chosen by responsible, law-abiding persons for that purpose. Notably, the decision does not purport to overturn the 1939 Supreme Court case of U.S. v. Miller, which held that the Second Amendment protection extends to arms that are “part of the ordinary military equipment” or the use of which “could contribute to the common defense.” It also notes that while Americans of the founding era might have owned firearms primarily for self-defense and hunting, the founders themselves wanted to ensure the Second Amendment provided an effective check against disarming the people, which in turn was necessary to “be able to resist tyranny.”

Nowhere does either decision suggest that rifles are only protected to the extent they are used for hunting or recreation. Indeed, Heller makes clear that self-defense is the “core lawful purpose” with which the Second Amendment is concerned.

Another theme pushed again and again was that “assault weapons” like the AR-15 are “battlefield weapons” that have no place on “America’s streets.”

Fortunately, as witness Amy Swearer testified, the overwhelmingly majority of the 16 million or so AR and AK pattern rifles in America are not “on the streets” but in the homes of law-abiding owners who never have and never will use them for anything other than lawful purposes. Violent criminals have not embraced semi-automatic rifles as their “weapons of choice.”

When all was said and done, gun owners had no reassurance that there was any limiting principle to the anti-gun committee members’ prohibitive intentions or that they were willing to learn anything that would influence their decision-making. Indeed, one could imagine that long after semi-automatic rifles were banned, the exact same hearing could be held on the next class of firearm law-abiding gun owners would be forced to surrender because the guns were used in crimes they did not commit. 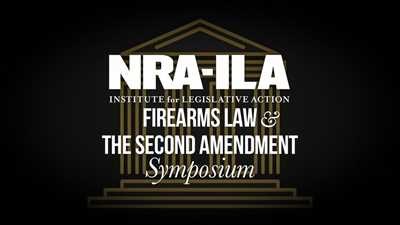