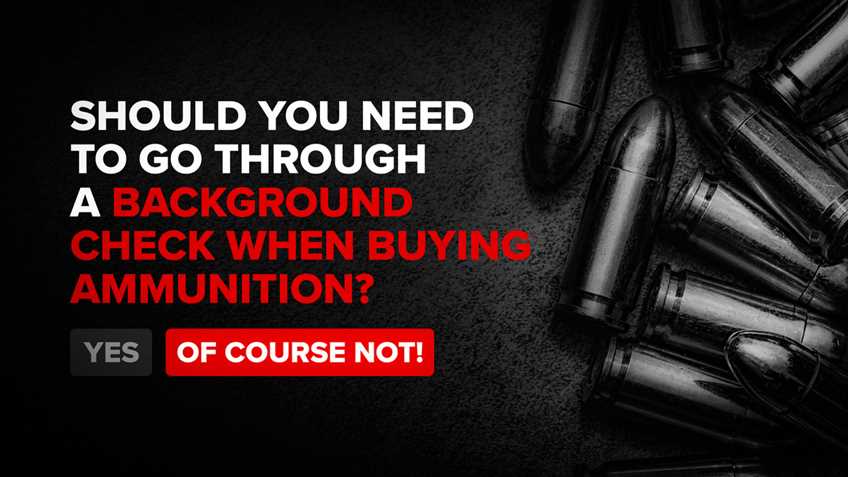 Gun control laws aren’t about stopping violent criminals, they are about burdening law-abiding gun owners. Few pieces of anti-gun legislation illustrate this fact better than H.R.1705/S.1924, which would extend anti-gun lawmakers’ cumbersome so-called “universal” background check proposal to cover the commercial and private transfers of ammunition. On September 23, this onerous plan received the support of 21 politically minded state attorneys general, who signed a letter to congressional leadership advocating for the proposal.

H.R.1705, introduced by Rep. Debbie Wasserman Shultz (D-Fla.), would treat commercial sales of ammunition in the same manner as the commercial sale of firearms. Under the legislation, any person seeking to purchase ammunition at a store would be required to undergo an FBI National Instant Criminal Background Check System (NICS) check before acquiring the ammunition.

Moreover, the legislation would encumber nearly all private transfers of ammunition. The bill provides,

The legislation provides a minor exemption for ammunition transfers between immediate family members. There are other narrow exemptions for transfers “at a shooting range or in a shooting gallery or other area designated for the purpose of target shooting,” “while reasonably necessary for the purposes of hunting, trapping, or fishing,” or “while in the presence of the transferor.”

It is difficult to overstate how burdensome this policy would be for gun owners. Forcing all ammunition sales through a Federal Firearms Licensee would put non-FFL ammunition sellers out of business. This would severely curtail the availability of ammunition to the average gun owner. Gun owners would no longer be able to order ammo through the mail directly to their home, as they would need to have an FFL run a background check before taking possession of the ammunition.

Every law-abiding gun owner would be forced into a potentially lengthy background check procedure each time they purchased ammunition. A shooter couldn’t pick up a box of .22lr from his friend on the way to the range. A reloader couldn’t give a friend a new rifle load for them to try out on their own property.

Many individuals experience a delay for merely sharing a personal characteristic similar to that of someone with a potentially prohibiting record in NICS. FBI notes that “A delay response from the NICS Section indicates the subject of the background check has been matched with either a state or federal potentially prohibiting record containing a similar name and/or similar descriptive features (name, sex, race, date of birth, state of residence, social security number, height, weight, or place of birth).”

It is bad enough that such delays are so prevalent when Americans purchase firearms, which are a durable good. Extending this to ammunition sales, which occur with far more frequency because ammunition is a consumable good, would compound this injustice.

Despite being the top law enforcement officials in their respective states, it does not appear as if the anti-gun attorneys general know anything about existing federal gun laws. According to their letter to congress, the proposed legislation,

would make it illegal for individuals who are already “prohibited purchasers” under federal law – including convicted felons, domestic abusers, and individuals with serious mental health conditions – from purchasing or possessing ammunition.

The attorneys general might find it interesting to learn that prohibited persons are already barred from purchasing or possessing ammunition. 18 USC 922(g) provides that it is unlawful for a prohibited person,

A prohibited person found in possession of a single round of ammunition faces up to 10 years imprisonment.

ammunition to any person unless the licensee notes in his records, required to be kept pursuant to section 923 of this chapter, the name, age, and place of residence of such person if the person is an individual…

The experiment was not a success.

Federal ammunition control is a proven failure. Of course, that’s if the goal was to prevent criminal violence.

The current legislation pushed by Wasserman Schultz and the attorneys general is aimed at harassing law-abiding gun owners to further burden the exercise of their Second Amendment right to keep and bear arms. If enacted, H.R.1705/S.1924 would achieve this detestable intent. 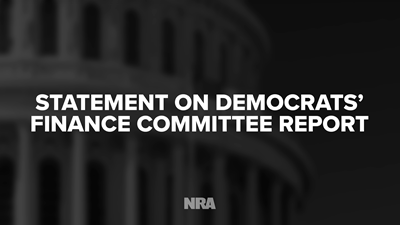