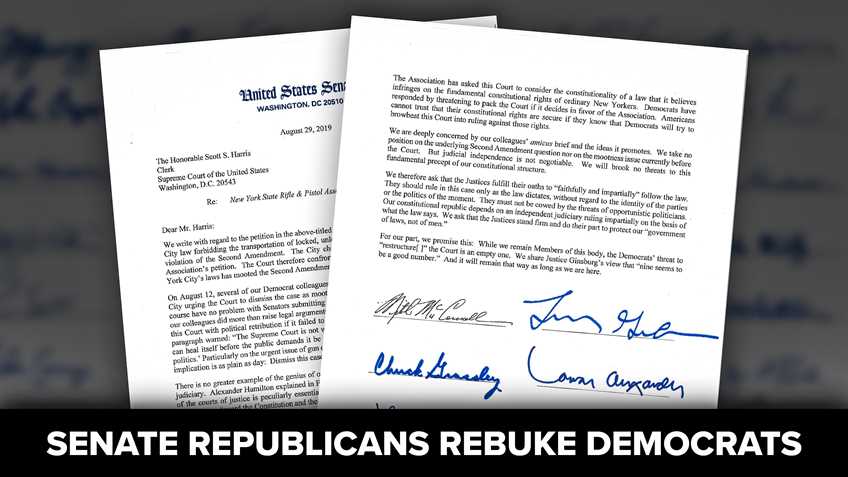 On Thursday, all 53 Republican Senators signed onto a letter encouraging the Supreme Court to ignore an amicus curiae brief from five Democrat Senators that threatened the high court with restructuring if it did not rule the way those Senators wished.

The offending amicus brief, penned by Senator Sheldon Whitehouse (D-R.I.) and joined by Senators Mazie Hirono (D-Hawaii), Richard Blumenthal (D-Conn.), Richard Durbin (D-Ill.), and Kirsten Gillibrand (D-N.Y.), asked the Supreme Court to dismiss an NRA-supported challenge to New York City’s handgun transportation law. Amicus briefs by members of the legislative branch are not uncommon, but those briefs always treat the Court with the respect it deserves as a coequal branch of government. Threatening the Court if it doesn’t rule their way is certainly a new approach for amici to take in attempting to persuade the Court.

Beyond the empty nature of the threat – five Senators are a long way away from the necessary votes to change the statute governing the Court’s composition – Senator Whitehouse apparently also forgot that he isn’t an active member of the bar. This oversight, along with the disrespectful tone of the brief, led Judicial Watch to file a complaint against the Senator with the Rhode Island state bar.

The Republican Senators’ letter makes clear that they understand the need of an independent judiciary that isn’t moved by threats from the political branches. As the Senators put it:

There is no greater example of the genius of our Constitution than its creation of an independent judiciary. Alexander Hamilton explained in Federalist No. 78 that “[t]he complete independence of the courts of justice is peculiarly essential in a limited Constitution.” Only an independent judiciary can “guard the Constitution and the rights of individuals from . . . dangerous innovation in the government, and serious oppressions of the minor party in the community.” And history has proven the wisdom of this design. Time and again, our independent federal courts have protected the constitutional rights of Americans from government overreach even when that overreach was politically popular.

Please join us in thanking these Senators for their defense of the rule of law and our constitutional rights. 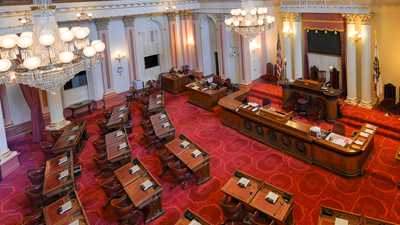