Back in 2016, Dr. Jennifer Lynn Glass, Dr. Lisa Moore and Dr. Mia Carter, all professors at the University of Texas at Austin (UT), sued the university and the State of Texas over a 2015 law that allowed certain license holders to concealed-carry handguns on public college campuses.

The main argument advanced by the three academics was that the law (and the UT policies implementing the law) violated their free speech rights. “Compelling professors at a public university to allow, without any limitation or restriction, students to carry concealed guns in their classrooms chills their First Amendment rights to academic freedom.” The professors, as part of their teaching responsibilities, engage in classroom discussions of “controversial, emotionally-laden topics.” As alleged in their complaint, though, the possible presence of any of the less-than-one-percent of UT students licensed to carry would make it “inevitable” that the professors would “have to pull back, consciously or sub-consciously, at important junctures in classroom exposition and discussion” due to their fear that a more robust and unrestrained debate would incite “violent classroom action with a gun.” More broadly, the professors claimed that simply the possibility of a lawfully-carrying student being in the classroom “would jeopardize the community of trust and be destructive to the dynamic educational process” for educators and students alike.

The court of first instance refused to grant the preliminary injunction sought by the plaintiffs, on the basis that their First Amendment claim was meritless:

The court has searched the jurisprudence of this country from the ratification of the Constitution forward and has found no precedent for Plaintiffs’ proposition that there is a right of academic freedom so broad that it allows them such autonomous control of their classrooms – both physically and academically – that their concerns override decisions of the legislature and the governing body of the institution that employs them.

The claim fared no better by the time the litigation reached the U.S. Court of Appeals for the Fifth Circuit. The appellate court confirmed that the plaintiffs lacked standing to bring their challenge because the harm they attributed to the state law and UT policies was, in essence, an unrelated, “self-imposed censoring of classroom discussion caused by their fear of the possibility of illegal activity” by students or others, where “none of the cited evidence alleges a certainty that a license-holder will illegally brandish a firearm in a classroom.” Accordingly, the plaintiffs failed to establish the necessary violation of their rights or interests, one that was directly connected to the government action at issue.

The plaintiffs continue to be listed as UT’s faculty and staff. However, a source that contacted the plaintiffs for their reactions, now that three years have passed since the lawsuit, reports that Dr. Carter “did not respond to multiple requests for comment;” Dr. Moore stated, “I’m not able to help, I’m sorry,” without further explanation; and Dr. Glass declined to comment or respond to “followup questions regarding the campus climate and whether or not guns had had any effect on it over the past few years, inside or outside the classroom.”

As academics, all three plaintiffs presumably share fundamental professional values on the empirical differences between opinion and fact, belief and evidence. Indeed, Professor Carter specifically professed, as part of the lawsuit, that her “pedagogic approach emphasizes dialogue and debate and the critical examination of one’s own ideas and others’ beliefs.” It is puzzling that they have refused to comment on the actual fallout of the 2015 law, or acknowledge that allowing law-abiding students to carry on campus has not – contrary to dire predictions – extinguished the free exchange of ideas or otherwise oppressed the university’s educational mission.

In the end, what is more obvious than ever is that the only “chilling effect” of the law on academic speech is nothing more than a self-inflicted silence resting on irrational prejudices about lawful concealed carriers. 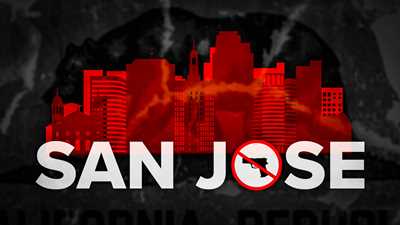