Nobody ever accused New Jersey of lacking gun laws, and yet, lawmakers in Trenton can’t seem to accomplish anything except pass gun bills.  Despite passing a magazine ban and several other bills last year, New Jersey gun banners are back at it again.  On Thursday, June 13, the Assembly Judiciary Committee is holding a 10 a.m. hearing with several gun bills on the agenda.

The following bills are included on Thursday’s agenda:

A.1016 by Assemblyman Gordon Johnson requires gun shops to sell smart guns.  They are simply trying to force market acceptance of a technologically unviable product.  New Jersey’s current statute requires that once smart guns are certified, then only smart guns can be sold.  This would ban the future sale of traditional handguns.  This is nothing more than a gun ban disguised as a “firearm safety” issue. ​

A.3696 by Assemblywoman Joann Downey requires mandatory storage of firearms.  New Jersey already has a storage requirement.  This bill does nothing more than continue to tip the scales in favor of criminals in self-defense situations.

A.5452 by Assemblywoman Verlina Reynolds-Jackson would require Firearms Identification Cards to be renewed every four years and would require training to obtain an FID card.  The bill also makes it tougher to will firearms as part of an estate.

A.5453 by Assemblywoman Yvonne Lopez and A.5454 by Assemblyman Louis Greenwald criminalizes the purchase, transfer and possession of firearms and ammunition to disqualified individuals.  This legislation is completely unnecessary given that current federal and state law already prohibits straw purchases.

A.5455 by Assemblyman Louis Greenwald regulates the sale of handgun ammunition and develops a system for electronic reporting of firearm information.

New Jersey already has some of the strictest gun control laws in the country.  Once again, this package of bills does nothing more than target law-abiding gun owners.  It does absolutely nothing to improve public safety.  Please contact members of the Assembly Judiciary Committee and respectfully ask them to oppose this package of bills. 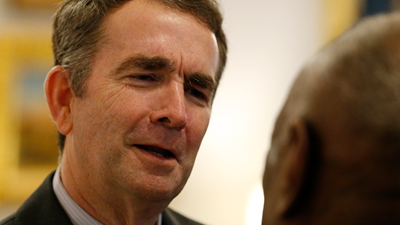