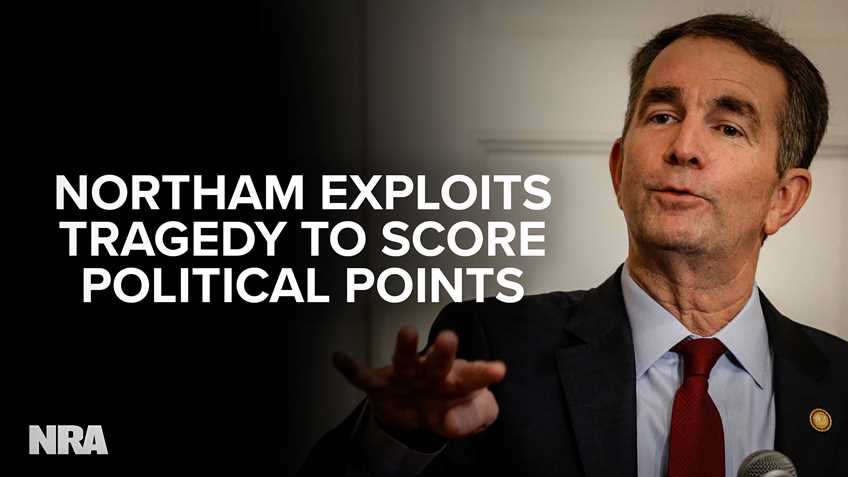 "Gov. Northam is following the gun control playbook by exploiting a tragedy to push his failed political agenda.  The fact is none of the governor's gun control proposals would have prevented the horrible tragedy at Virginia Beach.  If Gov. Northam is genuinely interested in pursuing policies that will save lives, he should focus on prosecuting violent criminals and fixing our broken mental health system, instead of blaming Virginia's law-abiding gun owners for the act of a deranged murderer."

Brit Hume on Kirsten Gillibrand's friendly letter to NRA: She may be 'most flexible politician' I've ever seen