Washington: Lawsuit Against I-1639 Proceeds After Motion To Dismiss Denied

On May 20th, the United States District Court for the Western District of Washington rejected a motion by the government defendants to dismiss the lawsuit filed by NRA and the SAF against Washington’s gun control ballot initiative, I-1639.  The lawsuit may now proceed.

NRA and SAF previously filed the lawsuit in November, 2018.  Initiative 1639 classifies ordinary, recreational firearms in common use as “assault” weapons, denies young adults the right to self-protection, and bans the sale of firearms to out-of-state residents.  The provision restricting the Second Amendment rights of young adults went into effect on January 1st, 2019.  The other provisions are set to take effect on July 1st, 2019.

Please stay tuned to www.nraila.org and your email inbox for further updates on this challenge, as well as other issues affecting our Second Amendment rights in Washington.

Earlier this year, in a ruling of first impression in Washington State, the Kitsap County District Court decided that the state’s compulsory “firearm surrender” laws violated the Fourth and Fifth Amendments and the analogous provisions ...

Throughout the two presidential debates and single vice-presidential debate the moderators did not ask a single question about gun control or the right to keep and bear arms. The dearth of coverage on Second Amendment issues at ...

The gun-ban proponents at Everytown, New York Billionaire Michael Bloomberg’s personal anti-gun advocacy apparatus, have finally begun talking about guns in their political ads. In August and September, we pointed out that Everytown seemed rather focused in its ... 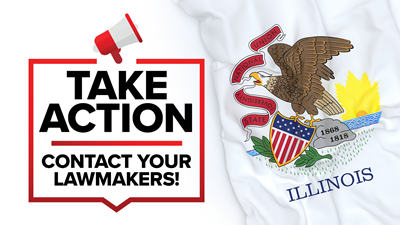