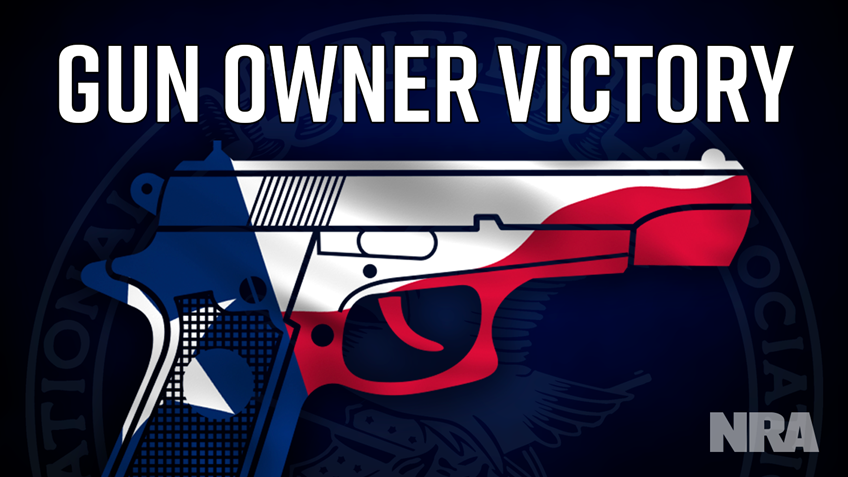 “The Supreme Court was clear in 2008 when it ruled the Second Amendment protects the right of individuals to have firearms in their homes for self-defense,” said Tara Mica, Texas state director, NRA-ILA. “House Bill 302 is an important piece of legislation that ensures Texans’ fundamental rights are protected no matter where they live.”

House Bill 302 will be a unique law among America’s 50 states. It was filed in response to tenants who alerted NRA-ILA and the Texas State Rifle Association about a growing number of lease provisions restricting firearm possession.

The new law will take effect on Sept. 1 and will only affect future lease agreements.

“The men and women of the NRA thank Rep. Paul and Sen. Hughes for sponsoring this key bill, as well as Lt. Gov. Dan Patrick and Speaker Dennis Bonnen for prioritizing the measure. Protecting tenants’ Second Amendment rights is an important matter, and we’re pleased the Texas Legislature has taken the lead on addressing this issue," Mica concluded.