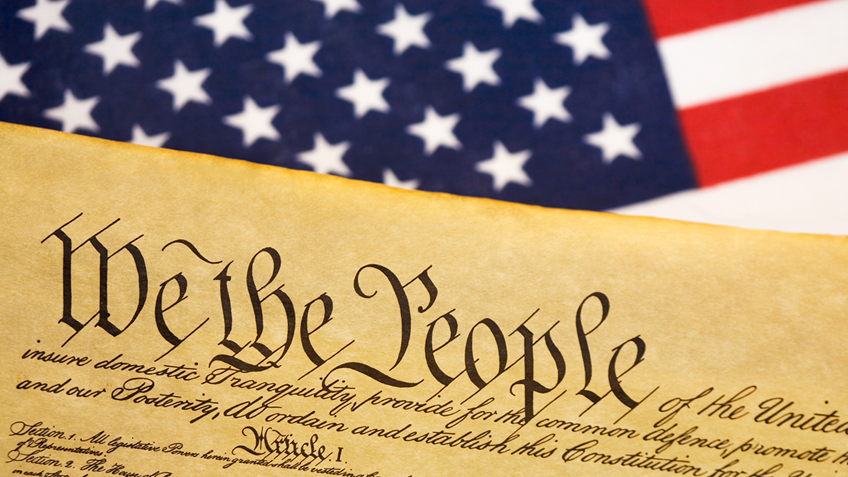 Promoting the defense of the Right to Keep and Bear Arms of NRA’s more than 5 million members, as well as tens of millions more law-abiding gun owners and Second Amendment supporters, is a distinct privilege I cherish every day.

The most amazing thing I’ve witnessed in my more than two decades at NRA is what we can accomplish when we work together. It’s sometimes difficult to remember pro-gun wins due to the 24 hour media coverage directed at the smallest movement on anti-gun measures, but, make no mistake, NRA members and gun owners have accomplished simply incredible political and legal victories.

This isn’t to say that we don’t face significant challenges as we work to protect and expand our firearms freedom. We are faced with a near endless stream of anti-gun money from Michael Bloomberg and other billionaires, extremist politicians in favor of whatever gun control measures they can achieve, and a mainstream media who are all too happy to support the gun ban agenda.

But it’s important to remember our successes and reflect on how we’ve achieved so much despite the odds being stacked against us. In this first of three parts, I’m going to focus on NRA members’ federal legislative victories.

Even before the NRA-ILA was established as the lobbying arm of NRA, our members showed an ability to influence the legislative process at the federal level. In 1934, the National Firearms Act (NFA) was enacted, which established the stringent regulation of certain firearms and accessories. At first, lawmakers even wanted to include handguns in the NFA. After NRA members began expressing their objections to Congress, however, handguns were removed from the legislation that established the NFA.

Imagine if handguns were as difficult to lawfully acquire today as NFA items. Without average law-abiding Americans having ready access to the most convenient firearm for self-defense, we never would have experienced the right-to-carry movement of the 1980’s, 1990’s and early 2000’s.

After the NFA, Congress moved on to a more comprehensive regulatory regime that would encompass all firearms. This effort culminated in the 1968 Gun Control Act (GCA), a hastily enacted law that sorely lacked logic and clear definitions.

By the mid-1970s, it was clear that law-abiding gun owners needed an advocate that could lobby Congress and push back against the rising tide of anti-gun extremism. In 1975 NRA-ILA was established, and the political clout of NRA and its members began to grow exponentially.

Federal legislative campaigns often move at a glacial pace, and while NRA-ILA had set its sights on dramatically reforming the problematic GCA in the late 1970s, the efforts finally paid off in 1986 with the passage of the McClure-Volkmer Firearm Owners Protection Act.

FOPA, as the law is frequently called, corrected many failings of the GCA, including:

The significance of the passage of FOPA really cannot be overstated. There were so many problems with the GCA that needed to be addressed, and most had to do with it being so poorly drafted and confusing that it led to countless otherwise law-abiding citizens running afoul of the law. Even the federal agency tasked with enforcing the law, the Bureau of Alcohol, Tobacco and Firearms (ATF), didn’t appear to understand it, as different offices gave different answers to the same questions about how it impacted gun owners.

Civil rights attorney David Hardy may have summed up FOPA best, when he commented, “In my life, I don’t think I’ve ever encountered a statute that overturned more Supreme Court and lower court cases than this one did.”

Of course, our battles didn’t stop with the passage of FOPA. Organizations that supported banning firearms, like Handgun Control, Inc. (now simply called Brady), continued their aggressive campaign of misleading lawmakers and the general public, often with help from anti-gun members of the media. Fortunately, NRA members were there to fight back.

When gun controllers created the term “Saturday Night Special” to aid in their effort to ban inexpensive handguns, we pointed out that such a law would dramatically reduce the ability of low-income citizens to defend themselves and their loved ones.

Gun-ban advocates then set their sights on advancements in firearm technology; firearms that incorporated polymers in their construction that helped protect these guns against the elements. These so-called “plastic guns,” the antis claimed, could sneak past airport screening devices. NRA destroyed this myth, proving that all handguns, regardless of their composition at the time, were easily detected.

In response to claims that new “armor piercing ammunition” could penetrate police body armor, the gun-ban movement turned to proposing a ban on any ammunition capable of penetrating body armor. Had they succeeded, all centerfire rifle ammunition would have been banned. NRA stepped up, once again, with an education campaign for legislators and the general public, and performance-based ammunition bans have been repeatedly defeated at the federal level.

Support for banning handguns has greatly diminished since NRA began educating the general public about the Second Amendment and the lawful use of handguns for personal protection in the 1970s. In 1959, Gallup found support for banning handguns at 60%. In 2018, they found support for a handgun ban had dropped to 28%, with 71% opposed. In light of this reality, the gun-ban movement has turned to banning other firearms.

Attacks on semi-automatic firearms, falsely dubbed “assault weapons,” began in the late 1980s and culminated with the 1994 Clinton Gun Ban. By labeling these firearms “assault weapons,” anti-gun activists and the media were able to dupe many in the general public to believing the ban would outlaw fully-automatic firearms. Josh Sugarmann, the founder of the radically anti-gun Violence Policy Center, admitted as much, when he stated:

“The weapons’ menacing looks, coupled with the public’s confusion over fully-automatic machine guns versus semiautomatic assault weapons—anything that looks like a machine gun is assumed to be a machine gun—can only increase that chance of public support for restrictions on these weapons.”

The ban simply targeted cosmetic features in order to garner support from a general public unfamiliar with how firearms operate. With overwhelming support of this deception campaign from most media outlets, this strategy worked, albeit for a short time. Fortunately, NRA was able to ensure it had a sunset provision, so the ban would expire after 10 years unless Congress reauthorized it.

Congress, of course, did not reauthorize the ban. After passage of the Clinton Gun Ban, the 1994 elections saw Democrats, who had been the driving force for the ban, lose control of both chambers of Congress. In the House, Republicans gained an astounding 54 seats, and President Clinton credited NRA efforts for his party’s staggering defeat.

With fewer opportunities to pass anti-gun laws at the federal level, the gun-ban community sought to destroy American firearm manufacturers through frivolous lawsuits. Again, NRA stepped up. In 2005, the Protection of Lawful Commerce in Arms Act became law, which put an end to the bogus litigation and saved the American firearms industry.

Today, the fight continues. There are countless members of Congress who are working to pass legislation that seeks to eviscerate the Second Amendment. The Democrat-controlled House of Representatives has already passed H.R. 8—the so-called “universal” background check bill that seeks to criminalize the types of common, firearm transfers law-abiding citizens make on a daily basis, like loaning a firearm to a friend—and H.R. 1112—which allows for potentially endless delays for firearm purchases.

I remain dedicated to the fight to preserve our firearm freedoms, and using the lessons of our past victories to protect our Right to Keep and Bear Arms for generations to come.

To read "Working Together to Save the Second Amendment Part II: State Success Stories" click here.