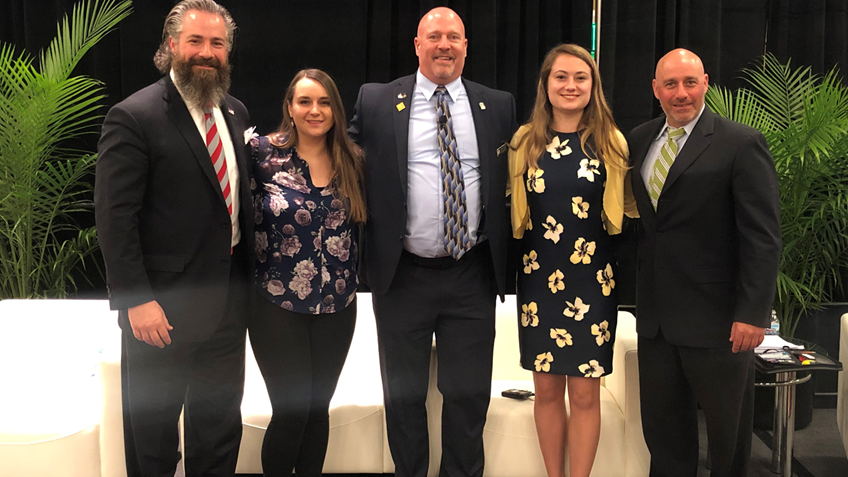 After his opening remarks, Division Director, Glen Caroline recognized NRA’s National youth Shooting Sports Ambassadors.  The NRA’s National Youth Shooting Sports Ambassador Program provides an unparalleled opportunity for each Ambassador to dive into and experience the many facets of the National Rifle Association and shooting sports through competition, meeting executives in the shooting industry, cooperative group program activities and from networking in the shooting communities.  The Ambassador Program offers a wide array of benefits for the youth involved, including cash awards, travel to NRA national events and camaraderie.  The Ambassadors serve a one year term, from January 1 through December 31.  To be considered for the program youth must be between the ages of 15-19, and be in good standing with their school and their shooting club.  They also must be able to travel up to 3 times during the year as an ambassador and be a successful speaker. The 2019 ambassadors in attendance who were recognized are:

Caroline also recognized Beth Walker, who was in attendance.  Beth isa 17-year old competitive shooter from Danville, who wrote a fantastic Op-Ed in the Indianapolis Star welcoming NRA and its members to Indianapolis.

Next up was Grassroots Field Coordinator, David Conte, who provided attendees with an insightful update on federal and state legislation as well as the numerous volunteer programs offered by the Grassroots Programs and Campaign Field Operations Division.

The highlight of the conference was a panel moderated by Caroline that discussed NRA-ILA’s ongoing efforts to engage and empower high school and college students to engage in the fight to protect our Second Amendment rights.

Sean Maloney, who is a member of the NRA’s Board of Directors and Co-Director of Faculty Administrator Safety Training Emergency Response (F.A.S.T.E.R.) in Ohio—a program launched by Buckeye Firearms Foundation to provide "active killer" threat stopping training to teachers and administrators, discussed how he educates and engages students in the gun debate via firearm training.

Morgan Sachs, who served as an intern with the Grassroots Programs & Campaign Field Operations Division, discussed her efforts to counter the Parkland students gun control efforts through her work helping to organize March 4 Our Rights, a pro-second amendment student-led group.

Finally, Mike Newbern, of Students for Concealed Carry, discussed the ongoing and future efforts to extend the right to carry firearms on college campuses across the nation.

This year’s Leadership Conference was one of the many highlights of NRA’s Annual Meetings in Indianapolis, and we hope you will join us at the event next year in Nashville! 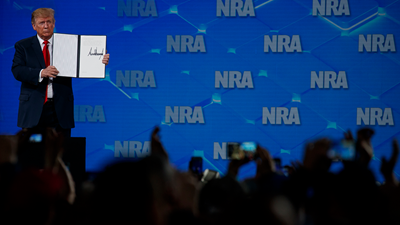