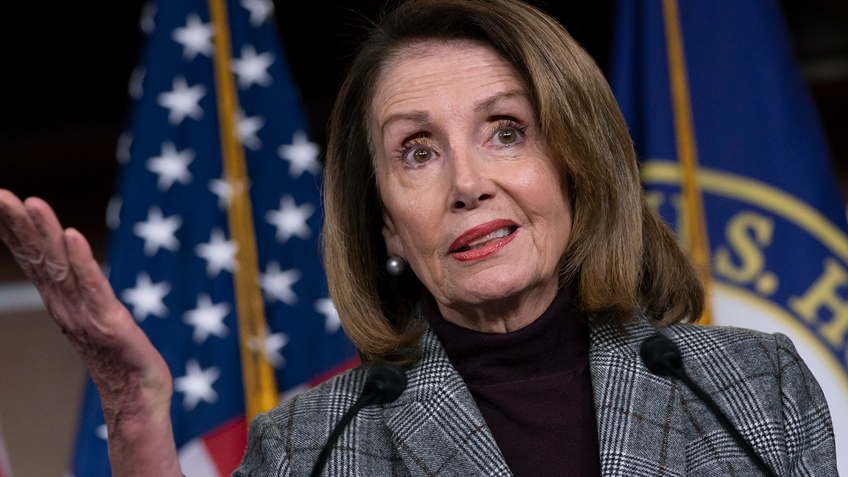 Anti-gun Democrats made good on their promises this week, advancing two extreme gun control bills through the U.S. House of Representatives.

While there remains a slim pro-gun majority in the upper chamber, your U.S. Senators need to hear from you NOW to ensure the Second Amendment firewall stays intact and stops this legislation in its tracks.

NRA-ILA Executive Director Chris W. Cox condemned the measures as a direct attack on Second Amendment rights, explaining that they could “make criminals out of law-abiding Americans” and “make it harder for good people to defend themselves and their families.” He also noted they “won’t prevent criminals from committing murder” and could trap even legally eligible firearm purchasers “in an endless loop of delays.”

The first of the bills to pass was H.R. 8, which proponents falsely portray as a “universal” background check bill. Supporters of the bill want Americans to believe that criminals who currently obtain firearms through illegal markets and straw purchasers will somehow stop when all private transfers are banned.

There is, of course, no evidence or logic to support that.

Anti-gun Democrats made good on their promises this week, advancing two extreme gun control bills through the U.S. House of Representatives. While there remains a slim pro-gun majority in the upper chamber, your U.S. Senators need to hear from you NOW to ensure the Second Amendment firewall stays intact and stops this legislation in its tracks.

What is true, however, is that H.R. 8 would make innocent conduct like handing over a shotgun to a neighbor so he could borrow it for skeet shooting a federal crime.

The other bill, H.R. 1112, seeks to do away with a critical provision of federal law that prevents the FBI from effectively vetoing retail gun purchases by indefinitely delaying firearm background checks.

The whole point of the National Instant Criminal Background Check System (NICS) was to quickly and accurately screen out retail firearm purchasers who have disqualifying criminal convictions or adjudications.

The system, however, has largely failed to deliver on its promises, either by stopping the perpetrators of America’s most infamous firearm-related crimes or by protecting the rights of those who are unjustly delayed or denied a firearm purchase because of bureaucratic missteps like mistaken identity. People who are incorrectly delayed or denied currently face years-long waits for corrective action by the FBI.

And even those who the system correctly turns away as disqualified are almost never subject to federal prosecution for attempting illegally to obtain guns.

Under current law, a licensed dealer can (but is not required to) release a firearm to a purchaser three business days after initiating the mandatory NICS check if the FBI has failed to render a decision on the check.

H.R. 1112 seeks to make NICS even more burdensome and intrusive by abolishing this safety valve and establishing a new three-step procedure for unresolved NICS checks.

First, the dealer would have to wait 10 business days after the NICS check is initiated for a response from the FBI.

If the FBI did not resolve the check in that timeframe, the purchaser could submit a formal petition asking for a decision.

If the FBI still did not render a decision, the dealer would have to wait a minimum of 10 additional business days before deciding whether or not to transfer the gun.

But as we’ve explained elsewhere, the original NICS check might well expire before this three-step process is complete, sending the purchaser back into the same loop of waiting, perhaps again and again.

Indeed, H.R. 1112’s author and primary sponsor has characterized the bill as establishing a “cooling-off period” for gun purchases, while dismissing any “redeeming value” of allowing guns to be purchased without a mandatory delay.

Your help is urgently needed to stop it!