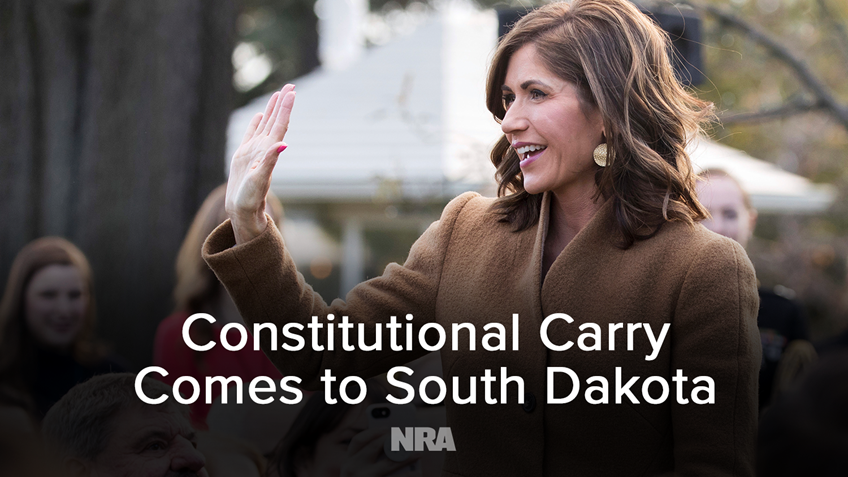 “On behalf of the NRA's five-million members, we would like to thank Governor Noem for her leadership on this critical issue," said Chris W. Cox, Executive Director of the NRA-ILA. "This law is a common sense measure that allows law-abiding South Dakotans to exercise their fundamental right to self-protection in the manner that best suits their needs."

This was the first bill Governor Noem signed into law.

South Dakota already recognizes the right to carry a firearm openly without a permit. Current law, however, requires a state-issued permit to carry that same firearm under a coat or in a bag. This new law simply extends the current open carry rule to concealed carry. Those who obtain permits will still enjoy the reciprocity agreements that South Dakota has with other states.