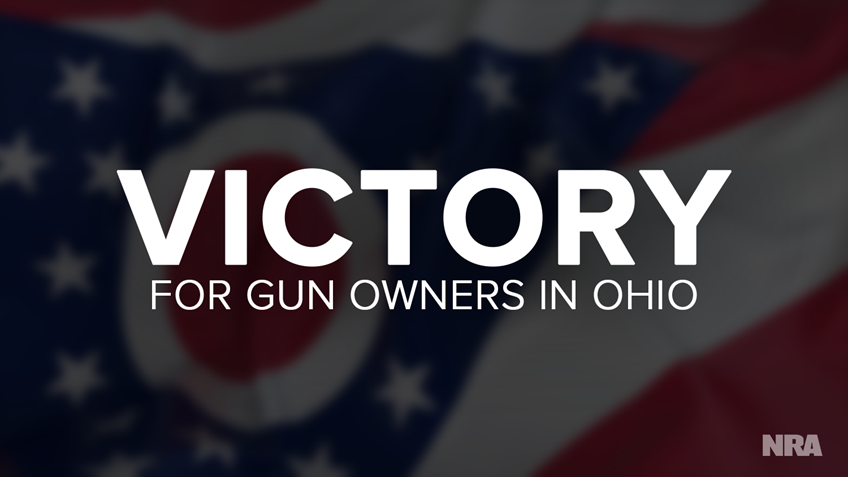 Some of the important provisions in Sub. House Bill 228 are:

Thank you to NRA Members and Second Amendment supporters who continued to contact their lawmakers in support of this important legislation.  Also, special thanks to those legislators who voted in favor of Sub. HB 228 and again to override the Governor’s veto.