As we’ve noted recently, much research purporting to demonstrate connections between access to guns or right-to-carry laws and increases in crime is seriously flawed.  Often it's an attempt to curtail or eliminate Americans’ rights under the Second Amendment rather than unbiased scientific research.

One recent study bucked that trend, however, finding no evidence of a link between access to firearms and increases in crime. “State Level Firearm Concealed-Carry Legislation and Rates of Homicide and Other Violent Crime,” (Hamill, Hernandez, Bailey, Zielinski, Matos, & Schiller, 2018), examined an expansive dataset, encompassing all 50 states and the District of Columbia – from 1986 to 2015 – to determine whether a relationship existed between liberalization of access to legal concealed carry of firearms and rates of both violent and nonviolent crime.

The 30 years’ worth of crime data comprised state-level crime rates for homicides, violent crime, rape, robbery, aggravated assault, and burglary from the Department of Justice Uniform Crime Reporting (UCR) system. The Centers for Disease Control and Prevention (CDC) provided partially redundant figures, including state-based rates of homicide overall and firearm-specific homicide. State-specific rates of unemployment were provided by the U.S. Department of Labor Bureau of Labor Statistics, and poverty rates were obtained from the U.S. Census Bureau.

Hamill et al. (2018) defined the ease with which state residents could obtain a carry permit in two ways:

Using a form of linear regression modeling which allowed for multiple predictor and control variables as well as correlations among error terms (due to the time-based nature of the data), the authors estimated the various UCR and CDC crime statistics as a function of ease of obtaining carry permits, after controlling for state and year. No significant relationships were noted between ease of carry – whether measured on the four-point or bipolar scales – and rates of crime in any of the UCR or CDC categories. Repeating the analyses, but additionally controlling for level of poverty and unemployment, the Hamill team again found no statistical relationships between the ease with which carry permits could be obtained – regardless of measurement scheme – and crime rates in any category.

After adjusting for several population and demographic factors, we demonstrated that the rates of homicide and violent crime were not significantly increased after state laws were passed making access to concealed-carry permits less restricted. These important findings should inform further public policy research to help determine root causes and solutions to firearm-related homicide and violent crime in the future. (Hamill et al., 2018, p. 5)

As the authors noted, the study was correlational in nature and did not demonstrate causation (or lack thereof). Additionally, there were variables with potential explanatory power that were not included in the models, because the authors plan to do so “as a topic of future research” (Hamill et al., 2018, p. 7). Yet, however unlikely it may be that research such as this will convince many in the anti-gun crowd – whose minds seem closed to objective data which conflict with the “bad gun” narrative – it is refreshing to see objective minds investigate the association between guns and crime with the intent of letting the data write the story, rather than seeking evidence to buttress already-worn arguments. 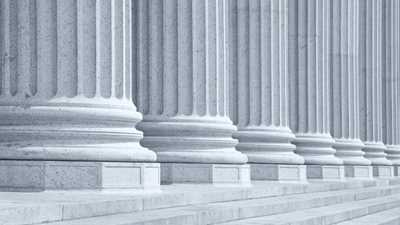