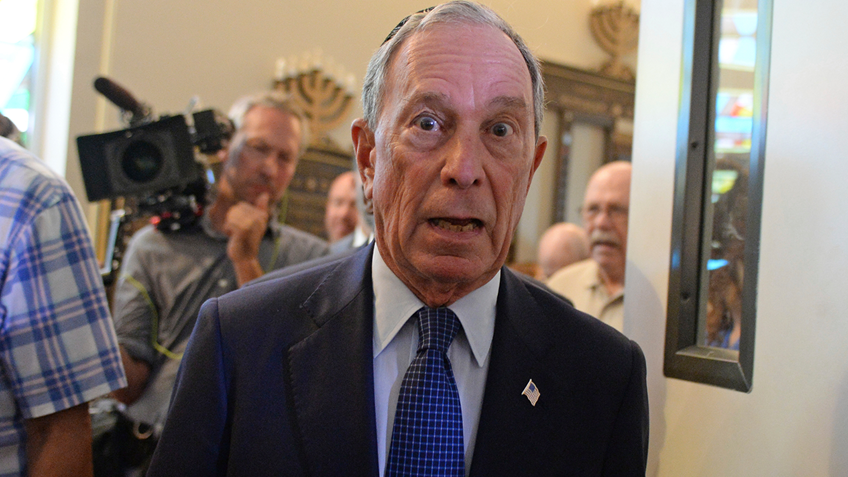 In what observers have pegged as a preparatory step for a presidential run in 2020, on October 10 billionaire gun control financier and former-New York City Mayor Michael Bloomberg registered as a Democrat. Bloomberg ran as a Republican in his 2001 and 2005 mayoral campaigns. In 2009 Bloomberg ran for reelection as an independent. Despite having spent the better portion of the last two decades working to dismantle various freedoms guaranteed by the Bill of Rights, the would-be oligarch claimed he rejoined the Democrats to stand “as a bulwark against those who threaten our Constitution.”

Prior to this public declaration, Bloomberg was already deeply involved in Democratic Party politics. In June, the septuagenarian magnate announced that he would spend $80 million to help Democrats gain a majority in the U.S. House of Representatives. Bloomberg later increased his expenditure to $100 million. In October, Bloomberg declared that he would spend $20 million to back Democratic Senate candidates. The tycoon was given a speaking slot at the 2016 Democratic National Convention.

To be sure, there are plenty of pro-gun Democrats throughout the country. NRA, as a non-partisan single issue organization, endorses individuals who respect the Second Amendment regardless of party affiliation. However, in recent years the national leadership of the Democratic Party has made a concerted effort to attack the rights of law-abiding gun owners.

Following Democratic nominee Al Gore’s defeat in the 2000 presidential election, which Bill Clinton blamed on NRA, Democratic leadership sought to strike a more moderate tone on the issue. This effort was reflected in subsequent versions of the Democratic Party Platform.

The 2004 platform stated, in part, “We will protect Americans' Second Amendment right to own firearms…”

The party’s 2008 platform included, “We recognize that the right to bear arms is an important part of the American tradition, and we will preserve Americans' Second Amendment right to own and use firearms.”

In 2012, the Democratic platform added “individual” to the 2008 language and read, in part, “We recognize that the individual right to bear arms is an important part of the American tradition, and we will preserve Americans' Second Amendment right to own and use firearms.”

Given the national Democratic Party leadership’s recent track record on the Second Amendment, Bloomberg should feel right at home. More reasonable Democrats, on the other hand, would do well to re-examine the historical difficulties the gun issue has presented to their party before jumping into bed with the biggest name in gun control.