Fairfax, Va.— The National Rifle Association Political Victory Fund (NRA-PVF) today kicked-off a seven-figure campaign in Tennessee to inform voters that a vote for Phil Bredesen is a vote for the Schumer/Pelosi/Feinstein gun control agend​a. The first ad of the campaign, Always Tennessee, will air on cable, regional broadcast, radio and digital platforms.

"Phil Bredesen earned a “D” rating from the NRA because he turned his back on law-abiding gun owners," said Chris W. Cox, chairman NRA-PVF. "He is being proudly supported by anti-gun extremists Chuck Schumer and Michael Bloomberg.”​

The ad focuses on the Second Amendment and the Supreme Court. Currently, the U.S. Supreme Court is split 4-4 on the basic right to keep a firearm in the home for self-defense. The next justice will be the deciding vote.​ If Bredesen is elected and Democrats take control of the Senate, Chuck Schumer and Diane Feinstein will block pro-Second Amendment judicial nominees.

"The stakes for this election are clear. Our basic right to keep a firearm in the home for self-defense hangs in the balance," continued Cox. "Don't be fooled. A vote for Phil Bredesen is a vote for a Democrat-controlled Senate, with Majority Leader Schumer and Chairman Feinstein controlling who sits on the Supreme Court."

The Supreme Court is divided

Our right to self-defense hangs in the balance

If Phil Bredesen wins, Chuck Schumer and Dianne Feinstein will destroy our right to self-defense

But there’s something you can do about it

On November 6, vote Marsha Blackburn for US Senate 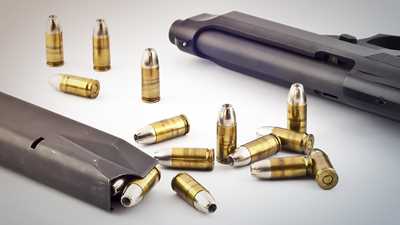