Fairfax, Va - Washingtonians and the National Rifle Association for Freedom are pleased to announce that a group of Washington’s most passionate gun rights organizations, the Citizens Committee For The Right To Keep And Bear Arms (CCRKBA) and the Washington Arms Collectors (WAC), have joined our efforts to fight an extreme gun control initiative in Washington state, I-1639.

“The six million members of the NRA enthusiastically welcome the Citizens Committee For The Right To Keep And Bear Arms and the Washington Arms Collectors to this fight,” said Chris W. Cox, executive director of NRA’s Institute for Legislative Action. “Washington gun owners deserve a coalition dedicated to defending their freedoms and the NRA is ready to lead the charge."

After failing to find support in the Washington state legislature, Michael Bloomberg’s front group, the Alliance for Gun Responsibility, filed a ballot initiative in Washington to restrict the Second Amendment rights of law-abiding citizens. The result is 30 pages of poorly drafted gun-control proposals guaranteed to strip away the constitutional rights of lawful gun owners in the Evergreen State.

"We all recognize that I-1639 is a hodgepodge of gun control schemes, and we're united in the effort to prevent it from passing and turning law-abiding citizens into criminals. Gun prohibition lobbying groups based in New York and Seattle are using Washington State as a test tube for their insidious gun control crusade. We're going to stop this nonsense before it spreads to other states,” said CCRKBA Chairman Alan Gottlieb.

Ballot Initiative 1639 classifies ordinary, recreational firearms in common use as “assault” weapons, drives up the costs of being a gun owner, and allows the government to authorize the surrender and confiscation of firearms as part of a verification process -- all without doing anything to meaningfully address violent crime.

“The Washington Arms Collectors joins the NRA, the Citizens Committee for the Right to Keep and Bear Arms, and many others who recognize that I-1639 has no public safety value,” said Bill Burris, WAC President. “We must all take a stand against this attack on our basic civil rights.”

By joining forces, these groups give Washington gun owners a real chance to defeat the draconian measures that make up ballot initiative 1639. 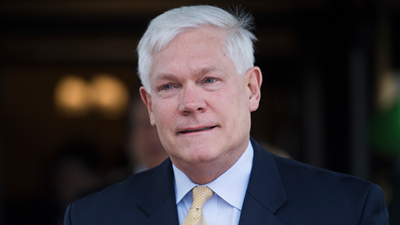