The Fourth Conference of States Parties (CSP) to the Arms Trade Treaty (ATT) concluded August 24th after yet another week of discussions on little more than administrative procedures and bureaucratic policies. Now, almost four years after it entered into force, the ATT continues to try to expand and remain relevant despite lacking the membership of major arms exporters China and Russia, importers such as India, and having a body composed of States Parties either unwilling or unable to comply with its most fundamental obligations.

Regrettably, the United States remains a signatory to the ATT, providing it with credibility and much needed financial support while at the same time lacking the ability to vote on its shape and direction. This lack of influence is especially alarming given the makeup of the U.S. delegation to the ATT, a delegation historically keen on remaining silent even in the face of direct criticism, and one which cowers at the thought of taking the floor to stifle attempts by developing nations to peddle the agenda of the global anti-firearms community.

Thankfully, the United States’ tendency to remain silent had little impact on this year’s CSP. With few direct attacks levied against the United States, attendees were not left questioning if the delegations’ silence was tantamount to admission, but instead contemplating if the lack of participation this year was a deliberate attempt to remain off the record by a delegation operating without the approval of the current administration.

While we will likely never know the answer to this, one thing was clear at this year’s CSP: even without any opposition from the United States, the ATT is failing on its own.

For those unfamiliar with the ATT, its purported object and purpose is to regulate the international trade in conventional arms in order to prevent and eradicate the illicit trade and diversion of them. In order to accomplish this goal, the ATT requires that States Parties file both an initial report detailing measures undertaken to implement the Treaty and annual reports outlining the state’s yearly imports and exports of conventional arms.

The reports are viewed as the backbone of the ATT, providing the information alleged to be necessary to detect treaty violations and allow for them to be addressed yearly at the CSP, a conference which is funded by assessed contributions levied against those who attend, whether they are a party to the Treaty or not.

In reality, the reporting and financial requirements are treated by almost half of the ATT’s State Parties as an option and not an obligation. Last year alone, the compliance rate for required annual reports was only 54 percent, an 11 percent decrease from the previous year’s laughable amount (65 percent).

The ATT’s financial situation is even worse. Operating at an annual deficit of approximately 15 percent, and only surviving thanks to in-kind contributions, the Treaty is close to financially insolvent. While some ATT proponents make the argument that there is little cause for alarm, as 83 percent of the 2018 budget has been received, the actual makeup of who has submitted their payments shows that only 58 percent of states have actually met their obligation. This, however, is nothing new for the ATT. While 2017 noted a financial contribution high of 69 percent, the 2015/2016 numbers were roughly 64 percent. In total, the ATT is roughly $418,000 short of where it should be.

With almost half of the Treaty’s States Parties being either unwilling or unable to comply with its most basic obligations, observing the annual CSP can cause one to run the emotional gambit between extreme disgust to outright joy. This year, on the disgust side was State Party Guatemala. Despite having never submitted a single assessed contribution, Guatemala was able to argue with a straight face that penalties should not be imposed on non-compliant states because for some, like themselves, determining who in their government should submit their assessed contribution takes time. One was left to assume this could only mean more time than the almost four years Guatemala has had to figure it out.

On the side of joy, State Party Latvia can often be relied on. This year they were one of only a handful of attendees brave enough to take the floor and address the elephant in the room, noting that not only will nothing ever be able to remedy the non-payment issue, but that 46 percent of States Parties approach the ATT like a trip to a five star restaurant, indulging in the fine dining experience only to sneak out of the room when the bill arrives.

As one pro-Treaty NGO put it, the ATT numbers are not just bad, they are abysmal. But abysmal numbers and a complete inability to meet its objective does not mean the ATT will ever go away. Instead, the inability to tackle any real global issues involving the arms trade (such as Iranian arms being smuggled to Houthi rebels in Yemen), has only led to the realization that the ATT must focus on aspects of the arms trade upon which it can have an impact, and regrettably that means civilian owned small arms and light weapons.

Under this approach, ATT proponents scored a victory at this year’s CSP. Through the use of creative language the final outcome document “welcome[ed]” several living documents into the ATT. Seemingly innocuous on its face, the incorporation of living documents which can be “reviewed and updated regularly” by one of the ATT’s four intersessional working groups creates a means by which outside initiatives and influence can be directly applied to the Treaty without requiring a vote at the CSP.

While the prospect of what these documents may become should have been alarming enough for even the most neutral State Party to object to their inclusion, what is already in them reads like the source manual for the global anti-firearm agenda, with perhaps the most concerning of all being a reference to the global farce known as the International Small Arms Control Standards (ISACS).

Falsely described as established “international standards” or “international norms” that “provide clear, practical and comprehensive guidance to practitioners and policymakers on fundamental aspects of small arms and light weapons control”, the ISACS are in reality a series of six standards developed by the UN for states to use in implementing their global disarmament agenda. Series 3 – Legislative and Regulatory – and its Module 3.30, “National Regulation of Civilian Access to Small Arms and Light Weapons,” is the most alarming of all the ISACS.

Purporting to set the standards for “National Regulation of Civilian Access to Small Arms and Light Weapons,” Module 3.30 creates a means to almost entirely limit civilian access to small arms under the guise of International Humanitarian Law, International Human Rights Law, and Gender Based Violence. Highlights include, but are not limited to; a ban on civilian possession of “military” style arms – no automatic weapons or magazines with over a 10 round capacity, ballistic recordings, different risk classifications on types of firearms (i.e. calibers over .45 are an intolerable risk to public safety and semi-auto handguns and rifles are high risk), licensing and registration of all firearms, training and storage restrictions, waiting periods, 20-year record retention requirements of sellers, age limits and requiring a demonstrated need to possess a firearm, with self-defense not being one of them.

While incorporation by reference of the ISACS into the ATT is alarming, it was also not entirely unpredictable.  As with every anti-firearm UN initiative, concern must never lie entirely with what is in it now, but with what it will become and how it will be used by a future U.S. administration, especially one seeking international justification for gun control agenda.

The bottom line is that despite looming financial insolvency and abysmal reporting, like all UN initiatives, the ATT will never die. Instead, it will continue to grow in both size and reach, eventually affording its proponents with enough plausibility to call for its recognition as an international norm on gun control. The time is long overdue for the United States to stop paying into the ATT and unsign it. 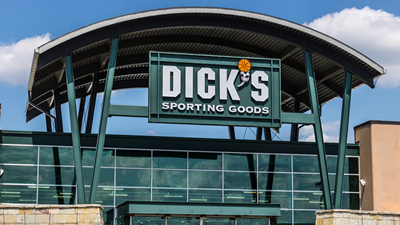